In France, the development of local fair trade has been the result of both South-North trade initiatives, such as Ethiquable or Alter Eco, and the French small farmers movement. The national law on fair trade provides a framework for the approach, as does the ‘Origine France’ fair trade charter. And no fewer than eight labels can be used to certify products or services. Here is a brief overview.

In France, two well-known fair trade companies, Alter Eco and Ethiquable, have offered a new fair, organic and local approach to small French farmers since 2011. Ethiquable has always defended small farmers. It is not about marketing ‘fair trade’ products from large plantations. In line with this approach, the Paysans d’ici range is based on a charter to maintain small-scale agriculture in France. Similarly, Alter Eco launched a range of French small-scale farming products together with Corab, an organic cooperative specialising in pulses, cereals and oilseeds.(1) These two ‘classic’ fair trade companies were preceded by the Biocoop retail network, which has long been involved in the distribution of North-South fair trade products and which, in the 2000s, initiated partnerships with French producer organisations.

French legislation applicable to small businesses, which has described and recognised the concept of ‘fair trade’ since 2005, extended it in May 2014 to North-North relations (2). This legislation specifies that fair trade is part of the national strategy for sustainable development and that: “The purpose of fair trade is to ensure the economic and social progress of workers in a situation of economic disadvantage as a result of their precariousness, remuneration and qualifications, organised within structures of democratic governance, by means of commercial relations with a buyer”.
Those commercial relations have to satisfy the following conditions:

Each company involved in these sectors is able to produce information relating to product traceability and is involved in awareness-raising and educational actions on socially and ecologically sustainable production and consumption patterns.

Only products satisfying those conditions may include the term “fair trade” in their sales description (3).

The recent French law on climate, adopted on 4 May 2021 in the National Assembly, officially recognises fair trade as an accelerator of the ecological and solidarity-based transition. It stipulates that fair trade promotes more environmentally friendly production methods, such as agro-ecology, by making them more sustainable. A company claiming to be involved in fair trade is now obliged to use a label.

Created in 2014 under the name ‘Charte nationale du commerce équitable local’, the Charte nationale du commerce équitable origine France (4) changed its name in 2018. It was launched on the initiative of the Fair Trade Platform (PFCE), the network of Initiatives for a Citizen and Territorial Agriculture (Inpact National), in partnership with the National Federation of Organic Agriculture (Fnab).

It structures 13 fundamental principles around three commitments: in a fair and responsible trade relationship, for a local and sustainable agriculture, and for the change of trade practices.

“This charter aims to bring together and give visibility and coherence to the many economic approaches or labels that have emerged in recent years. In this way, it also responds to a strong public demand for fairer economic relations in France. It should make it possible to consolidate the experiments in progress, by also providing them with a framework for capitalisation and exchanges of good practices”.

This charter is not a guarantee system serving as a basis for certification, but rather a reference framework.

The founding principles of the charter

Created in 2002, Biopartenaire[6] is a label which synthesises organic agriculture and fair trade; organic does not guarantee a fair remuneration for producers, and fair trade is not necessarily synonymous with respect for the environment.

The label provides a framework for relations between producers, input suppliers, wholesalers and processors by ensuring outlets at a guaranteed minimum price for producers over a period of at least 3 years. The processors are able to benefit from this because they have quality products at their disposal. Checks are carried out at all stages of the supply chain by third party organisations according to the specifications of two standards: Fair for Life and Reliable.

Biopartenaire has chosen to label only products distributed in organic food shops or similar. More than 700 products are labelled, from 60 sectors worldwide, including 15 in France, ranging from cereals to cashew nuts, including tea, rice, livestock or aromatic and medicinal plants.

L’Association pour le Tourisme Equitable et Solidaire (Association for Fair and Solidarity Tourism) is a French network of organisations and specialists in fair and solidarity tourism. Created in 2006, it brings together tour operators, relay operators and associate members, all committed to making travel a lever for development and international solidarity.

Historically reserved for tour operators, and launched at the beginning of 2020 to tourism stakeholders in France, the ‘Label Tourisme Equitable’ (Fair Tourism label) is now accessible without prior membership of the ATES to professionals committed to an ethical, responsible and solidarity-based approach who wish to enhance their offer of holidays, activities or accommodation. It is aimed at specialised and general tour operators who wish to have all or part of their offer labelled, and at tourist reception facilities in France (accommodation, leisure sites, cultural sites, activity providers, events, restaurants, incoming agencies in France…).

Created in 2013 by the Cavac cooperative group in the Vendée, Agri-Éthique (6) is today the first French fair trade label. It all started with the wheat sector, in response to price volatility, but Agri-Éthique now also deals with the milk, beef, pork and dried vegetables sectors, and works with 19 producer groups and more than 1,300 farmers and breeders.

The Agri-Ethics approach is based on multipartite agreements between farmers, storekeepers, processors and distributors over a minimum period of 3 years to ensure economic security and fair remuneration for the former. The production costs of the region concerned and the characteristics of the farms in the sector serve as a basis for setting guaranteed prices.

In 2019, the label represented €252 million in turnover, i.e. 58% of the turnover of products labelled fair trade origin France. In addition to the volumes generated, the label is also important for mobilising conventional agricultural sectors and supporting them in the agro-ecological transition.

On 12 May 2020, 27 agricultural groups representing 4,000 producers, 26 organic farming companies, Scop Ethiquable and Biocoop, a network of 637 shops, created an association to develop the BIO EQUITABLE EN FRANCE (7) label and build, with consumers, a new economic model. The groups have decided to involve processing companies (dairy, charcuterie, miller…) in the labelling and governance in order to create coherent channels.
The label targets family farms organised in autonomous groups. There are precise criteria governing the size of farms to support the many farms in the area that generate employment and income. The standards rely on independent producer groups, which market their products and are committed to cooperative and democratic values. The farms must be certified organic. The implementation of agro-ecological practices is an integral part of the changes in production methods encouraged by the standard.
The label guarantees producer-defined prices and regular monitoring. Each producer group sets its price according to:

Since the start of the new school year 2020, all products are labelled BIO EQUITABLE EN FRANCE. This label, Bio Equitable En France, was preceded by another one launched by the National Federation of Organic Agriculture: Bio.Français.Equitable .

Bio.Français.Equitable (8) was launched at the beginning of 2020 by the National Federation of Organic Agriculture, which is responsible for its governance, in collaboration with the Picard retailer. Courgettes, maize, green beans and carrots are the first products concerned. They are initially sold in the south-west, in 87 sales outlets.

Two ‘classic’ fair trade labels, Fair for Life and WFTO, have a universal scope and can certify local fair trade products, even if WFTO, the World Fair Trade Organization, is not currently certifying any French products.

Many Origine France fair trade products are certified by Fair for Life (9). For example, in August 2020, Vignobles Gabriel & Co became the first French wine operator to be recognised as a fair trade company.

The Fair for Life certification programme was launched in Switzerland in 2006 by the Bio-Foundation and IMO (Institute for Market ecology) with the explicit intention of setting itself apart from the system established by FLO International. The objective was to allow all fair trade producers and operators – including those who were unable to join the FLO system – to benefit from independent certification evidencing their observance of criteria such as: rejection of forced labour and child labour, freedom of association, safe and decent working conditions, etc.

The label promotes a supply chain business model aimed at the resilience of each link. Fair for Life certification is a tool that enables the valorisation and protection of exemplary supply chains, where stakeholders have chosen to act responsibly by implementing good economic, social and environmental practices. By following the framework defined by Fair for Life certification, producers, processors and brand owners can secure their sales and supplies, thanks to tools such as long-term contracts that include fixed prices and volumes, and by establishing a real relationship between them.

Since 2017, the Fair for Life and Ecocert Fair Trade standards have merged into the new Fair for Life certification, managed by Ecocert SA.

It has five elements: a membership admission procedure, a self-assessment procedure, a monitoring audit, a peer review and the Fair Trade Accountability Watch (FTAW), a participatory monitoring mechanism allowing anyone to denounce non-compliance with the criteria.

Members who pass the various stages of the guarantee system are granted the status of a Guaranteed Fair Trade Organisation. They can then use the WFTO label on their products, a label that certifies compliance with the fair trade criteria established by the WFTO.

At the 2017 General Assembly in Delhi, WFTO decided to open its standards to producers from the North, who must comply with WFTO’s basic requirements and the 10 principles of fair trade.

In addition, to become members of WFTO, Northern organisations must be or work with a group (i.e. an association or cooperative) of economically marginalised small producers, artisans or farmers.

Small producers (artisans or farmers) are defined as organisations operating on a small scale and cannot afford to supply large volumes as industrialised producers.

If they are farmers, they must be certified as organic or be converting to, or be involved in a participatory guarantee system (PGS). (11)

The best-known fair trade label, Fairtrade, does not currently certify ‘North-North’ fair trade products, except in France. Since 5 May 2021, Max Havelaar has been experimenting with extending its mission to fair trade in local products by targeting the wheat sector in the Gers and the milk sector in Charentes and Poitou.

Max Havelaar uses a method of setting the guaranteed price according to the territory and a quantified income target. “We have used the lessons learnt from our historical sectors to create these new specifications adapted to France, in dialogue with the producers,” says Blaise Desbordes, CEO of Max Havelaar France.

The traditional collective premium for fair trade, automatic eligibility in the event of conversion to organic farming, and specifications compatible with the High Environmental Value (HEV) are tools for supporting sustainable agriculture. The territorial approach and the eligibility of young people setting up in agriculture will contribute to maintaining agricultural activity in areas in decline. The Fairtrade logo may be used on products with a distinctive Northern reference.

Other pilot projects are planned in Spain and Italy for crops such as tomatoes and oranges. 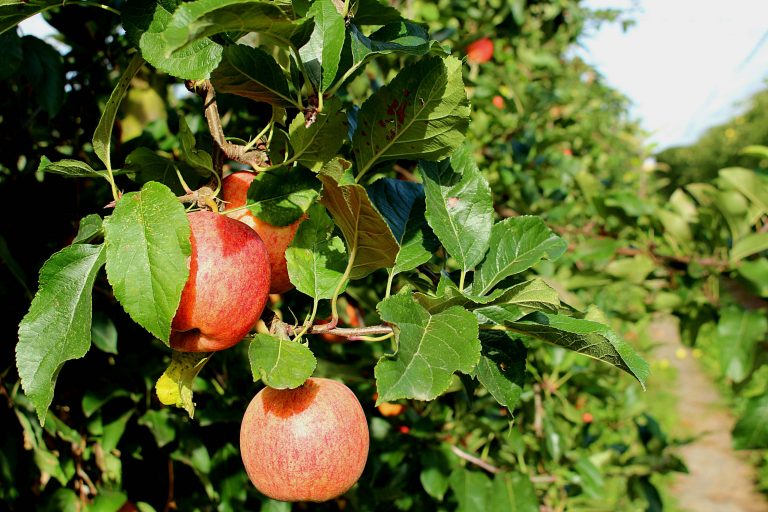 Belgian and European fair trade in local products is on the up. At least 52.4 million euros worth was sold in 2019. In 2019 the