PrevPrevious publicationMEPs call for ambitious legislation on corporate due diligence
Next publicationFrance, pioneer of local fair trade in EuropeNext

Elecosy: from elephant poo to paper

Thanks to those faeces, an entire community can generate a living out of making paper – because the entire production process is done on site.

Making paper from elephant poo? That’s exactly what Elecosy does, a fair trade company founded in 2013 in Kanegem, West Flanders. Co-founder Frank Cockerill talks about his commitment to the environment and rural communities in Sri Lanka and India.

Thirteen million hectares of forest. That’s how much is lost to the paper industry every year, according to the Food and Agriculture Organization (FAO) of the United Nations. It’s a staggering figure, and one that indicates the paper trade is having disastrous consequences that are already clearly visible. In Sri Lanka, the country where Elecosy operates, Asian elephants are so threatened by deforestation that the international press is calling it a ‘declaration of war’ between Sri Lankans and elephants. To tackle this phenomenon, maybe we could…put elephants to work? As Elecosy has proven, these pachyderms make for excellent paper suppliers. Have we lost you? Don’t worry, all will soon become clear.

The idea for Elecosy came about when paper expert Frank Cockerill visited the Millennium Elephant Foundation’s Maximus Paper company in Kegalle in the foothills of Sri Lanka’s mountainous central region: “In 2008, I was working as an export manager for a chain of German paper mills,” Frank Cockerill recalls. “Back then we were on the verge of the 2009 crisis. The principle of carbon offsetting had been introduced. The idea was to generate carbon credits in exchange for financing carbon reduction projects. Our production was growing steadily and we had to offset our emissions. A lot of money was involved. For example, I had to develop partnership opportunities in the South. So it wasn’t really a philanthropic act on the part of my boss.”

This is how Frank Cockerill stumbled upon the idea of making paper from elephant poo. Maximus Paper has won numerous prestigious awards, including the BBC / Shell / Newsweek World Challenge in 2006 for its ‘Peace Paper’ project and the Energy Globe Foundation’s Energy Globe Award in 2012. The company employs local people to collect elephant dung which is then processed into handmade stationery and gifts. For Frank Cockerill it was an ‘eye-opener’: “The 2009 crisis had just hit ‘my’ sector really hard. From one day to the next, production for everyone plummeted and the carbon credit system collapsed. In 2011, I returned to Sri Lanka. I suggested to my partner that I would offer to work with Maximus Paper.”

Nothing is lost, everything is recovered

The technique of converting faeces into paper is actually surprisingly simple, as shown in the report Elecosy posted on its Facebook page. The pachyderms feed exclusively on plants and fruits (which consist of fibre, an important factor for paper manufacture). They consume between 200 and 250 kilos of food per day and therefore produce a significant amount of excrement (they poo up to 16 times a day). So it only takes twelve elephants to produce up to a ton of dung per day. 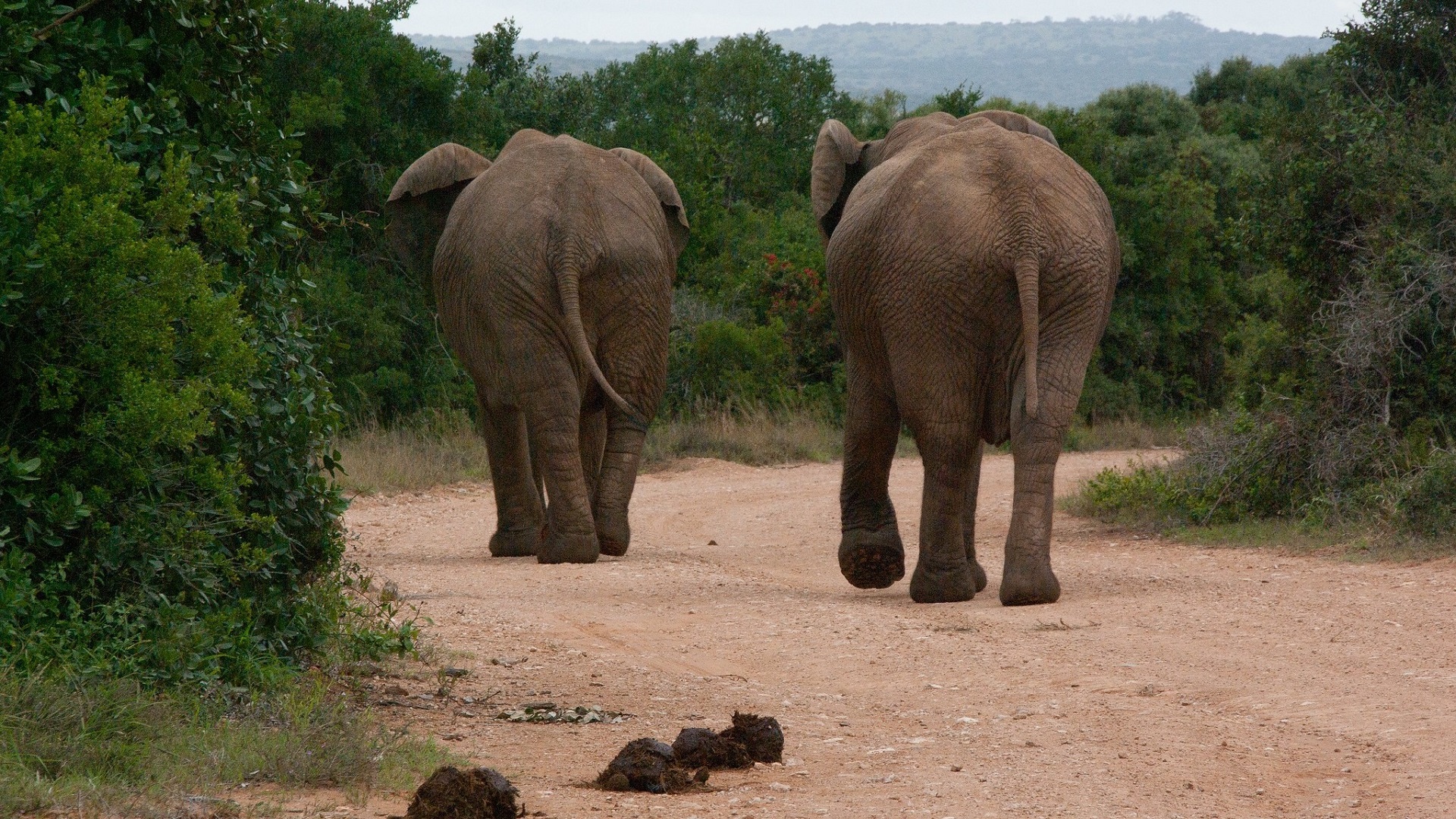 “Thanks to those faeces, an entire community can generate a living out of making paper – because the entire production process is done on site. Most of it is done by hand, and it starts with collecting the raw material.” Next, the cellulose that the elephants have expelled is collected and processed before it can be turned into paper. To get the cellulose out, the faeces are dried, washed and then heated to eliminate bacteria. They are then squashed and sometimes dyed. This last step, the dyeing, is optional and for this the elephants are introduced to various types of diet. The age and teeth of the animal can of course also influence the colour of the paper. All in all, the Maximus Paper elephants help produce the equivalent of fifty million sheets of odour- and bacteria-free A4 paper – they really are paper machines!

But the company does more than just manufacture paper: “We use the paper to make (by hand, of course) lots of items and a wide range of stationery with a unique texture. For example, notebooks, notepads, calendars, diaries, greeting cards, photo albums, gift boxes… and even paper figurines and jewellery, by pressing the paper and combining individual pieces,” says Frank Cockerill proudly. But that’s not all – you can see the company’s full catalogue online.

Inspired by Maximus Paper, Frank Cockerill wanted to contribute to the fight against the eradication of elephants in Sri Lanka. He does this by promoting paper made from elephant poo to a wider international audience. This is why Elecosy was set up in 2013: “Our ambition was to invest more in the export side of the current company, to ensure demand. Before that, the business was mainly focused on the local tourist market. So we started to import the products and market them in Europe. We now sell them in a dozen European countries. In Belgium, of course, but most of all in Germany, the Netherlands and Scandinavia.”

At every step of the production chain, Elecosy pays special attention to the environment. Only local resources that require very few means of production, water, sun and plants are used; and no chemicals are used in the production process: “Elephant poo products are sustainable… as long as there are elephants to provide us with the poo! And that is the goal of the project in Sri Lanka: through its activity, Elecosy is helping create a sustainable local economy while at the same time protecting wild elephants. And we are contributing to a financial activity that helps reduce poverty in the region.”

No wonder then that Elecosy has been recognised as a fair trade company: “After two years of hard work, we have obtained our Fair Trade Guaranteed status from the World Fair Trade Organisation (WFTO). We are one of 200 fair trade companies in the world and one of the (only) two in Belgium. This is an important sign of recognition and a great reason to be proud of the work we do”, beams Frank Cockerill. And it is also a guarantee of quality for buyers of their products all over the world.

“The fair trade world is at risk”

Frank Cockerill is however concerned about the global situation and Elecosy’s competitive position: We try to make products that can also be sold in traditional, let’s say ‘mainstream’ shops. As much as we can, at least”, regrets Frank Cockerill: “This is of course a major challenge and we often cannot compete with the competition from companies that benefit from the support and assistance of the Belgian authorities. Subsidies are a good thing for our sector, no doubt about it! We are also a member of the Belgian Fair Trade Federation (BFTF). But there is a real difference between the small players of fair trade, who work largely on a voluntary basis, and what we might call ‘the fair trade industry’; and that’s something we have to face.”

One of Elecosy’s priorities is to go beyond a decent wage determined by established calculations: “All our products are not only manufactured with the assurance that workers are properly paid, but also that they benefit from additional support, such as education for their children and access to health care for the whole family. We are determined to pay much more than the average local wage.”

Elecosy continues to grow and has a long-term vision. Frank Cockerill and his colleagues face further challenges: “We are continuing to develop our production. And we are diversifying! That takes time. We have started sourcing paper made from rhinoceros poo from a small start-up in the rainforest of Assam.” Assam is one of the states in the far north-east of India, in the heart of the North Eastern Region. “And we also started buying cotton and plant fibre paper from a supplier in South India,” Frank Cockerill explains. “They provide their employees with a clean living environment, promote their economic and social progress, and encourage their creative abilities. 71% are women from the surrounding villages. This is fully in line with our approach in Kegalle.” 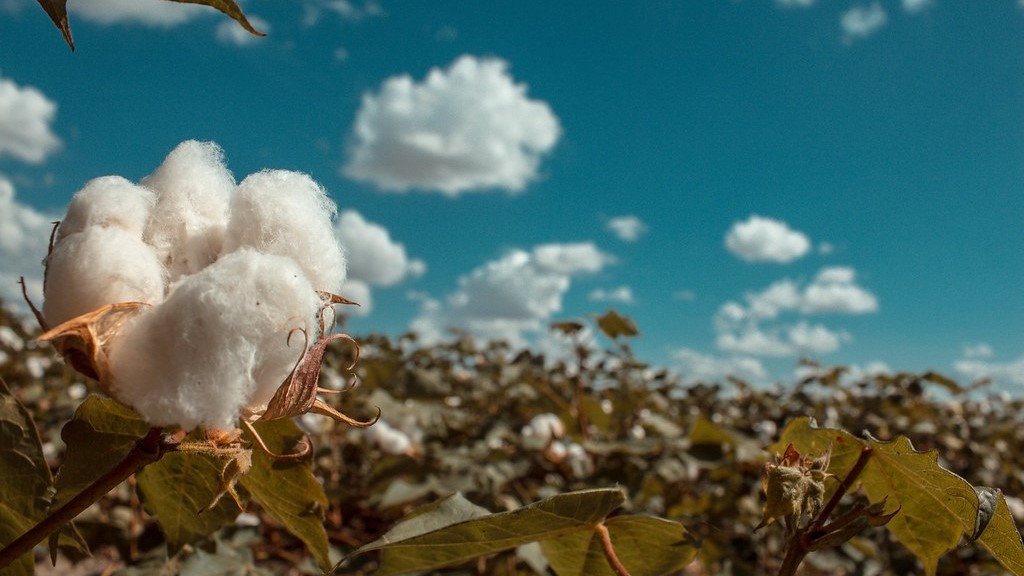 Finally, Frank Cockerill and his team are also engaged in the production of environmentally friendly packaging film: “Our products must be packaged for export,” he says. “However, there is a growing resistance to packaging, especially in Germany. The cornstarch packaging film we are currently testing is biodegradable. But its weak point is that it is very fragile and disintegrates easily, releasing water and carbon dioxide. In addition, the aesthetic qualities still need to be improved. We are actively working on that.”