The EU wants to launch a legal framework for corporate due diligence with regard to human rights and the environment by 2021. “I see more and more support, also from companies. They are the ones asking for more certainty, to create a level playing field”, said European Commissioner Didier Reynders at a debate on the topic of CSR in company supply chains on the 29th of September.(1)

In April, European Commissioner Didier Reynders announced a legislative initiative regarding due diligence on human rights and the environment for companies in the EU for 2021. It will form part of the EU COVID-19 recovery package and be integrated into the European Green Deal. “The COVID-19 crisis has shown that it is important that our economy becomes more sustainable and robust. Our economies turned out to be really vulnerable in some areas. I’m thinking here about non-regulated supply chains and business models that are not sustainable enough. A different approach is now needed that takes into account the long-term interests of all stakeholders as well as the company itself. The business strategies also need to be more aware of the impact their activities have on the environment and people.”

According to European Commissioner Reynders, it is time to start “an initiative around new regulations, with real commitments for companies and a way to monitor whether they deliver on them… It must be possible to hold companies responsible and accountable.” Of course, there will be resistance and discussion while the regulations are being formulated “but the demand for clarity and the creation of a level playing field is there and will help us”, he concludes. When it comes to the producing countries too, “the EU will need to work in the same direction by incorporating social and ecological elements into trade agreements and partnerships.”

The other participants of the debate on the 29th of September welcome this legislative initiative. Sarah Vaes, policy officer for Oxfam Belgium, states that the due diligence narrative should not be restricted to reporting, rather that it should be truly embedded in the company culture. David Coleman from Mars, a pro-legislation company, is optimistic and admits that “it is pretty rare that you have such a groundswell of company desire to see legislation imposed upon them.” Assistant professor in International Development, Globalisation and Poverty at the University of Antwerp, Sara Geenen stresses the importance of transparency around the costs of due diligence, so that they are not shifted upstream in the supply chain.

The announcement by European Commissioner Reynders builds on a study which revealed a need for mandatory European legislation, as voluntary measures have proved to be ineffective in encouraging companies to identify, justify and minimise the negative impact on human rights and the environment in their supply chains.(2)

“The fact that voluntary initiatives would be an alternative for legislation has lost its credibility”, says Sarah Vaes, who during the debate also refers to a Belgian study by KULeuven which shows that just 2 in 3 companies have a minimal strategy to guarantee social durability in their chains.

[1] Webinar about CSR and fair trade in crisis periods on the 29th of September 2020, organised by the Enabel Trade for Development Centre and The Shift. You can listen to the full debate below.

Listen to the 29/9 debate 'CSR in supply chains' 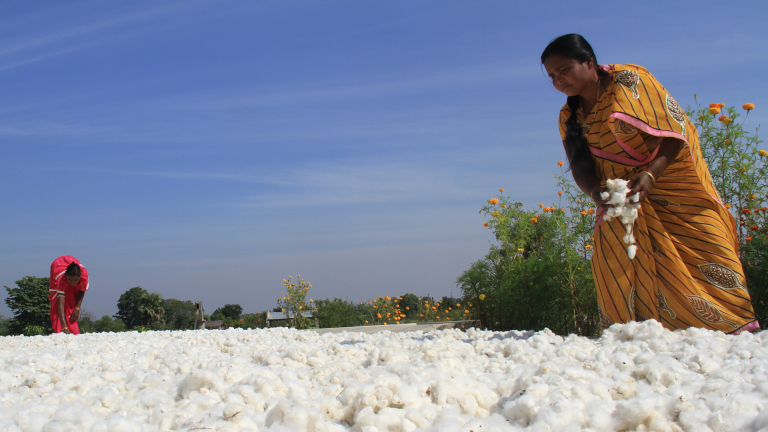 45 businesses request a national, legal framework for corporate due diligence

Following the initiative taken by chocolatier Tony’s Chocolonely in the Netherlands, 45 companies operating in Belgium have signed a letter to the new government calling