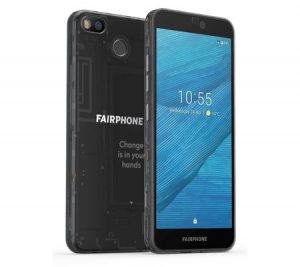 The smartphones industry greatly contributes to some of the worst environmental and human rights problems in the world such as electronic waste and massive CO2 emissions as well as tough labour conditions and devastating sourcing practices.

To address this situation, Fairphone, a social enterprise based in the Netherlands, took on the challenge and turned making smartphones into a means for change. Now, Fairphone has just launched its third eponymous smartphone.

How it all began

In 2010, Bas Van Abel, a director at the Waag Foundation in the Netherlands, decided to start an awareness campaign, backed by Action Aid, about the extraction conditions and trafficking of conflict minerals in DR Congo as well as the labour conditions in manufacturing in China.

Soon, the people behind the initiative wanted to show that a smartphone could be produced and commercialised whilst respecting ethics and social and environmental concerns. They wanted a product that would serve as a catalyst of change and prove that our tablets and mobile phones can be produced differently. 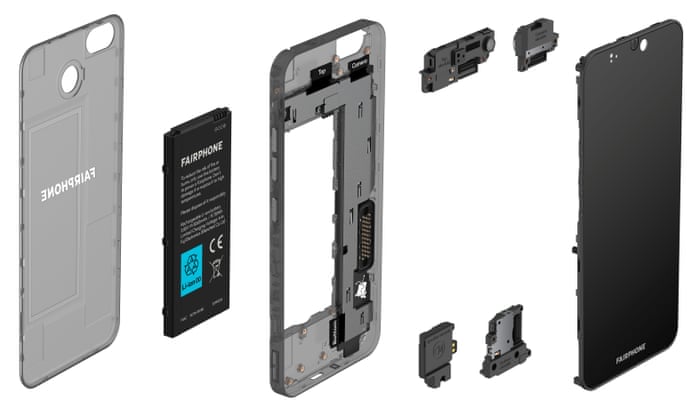 Smartphone 3 consists of 7 modules designed to allow for easier repair. Devices can be easily replaced thanks to the screwdriver that comes with the phone: Spares range from the battery (EUR 30), the screen (EUR 90) or the photo captor (EUR 50) to the loudspeaker (EUR 20). The company guarantees that spare parts will be available for 5 years (addressing issues in that respect encountered with Fairphone 2). Fairphone’s research suggests that having and maintaining one of their phones could reduce CO2 emissions by more than 30%.

The genuine change lies elsewhere though. With every generation of phones that it develops the enterprise launches new initiatives to make its supply chain fairer for all involved.
For instance, Fairphone works with an assembly enterprise, Arima, where it boosts employee satisfaction by improving worker representation and participation, impacts employee health and safety and disburses a premium for the workers to bridge the lingering gap between minimum wages and living wages.

From a materials perspective, the phone is made with responsibly sourced and conflict-free tin and tungsten and recycled copper and plastics and it sources Fairtrade gold.  Fairphone is actually the first smartphone company to integrate Fairtrade gold into its supply chain.

Fairphone is also setting up an initiative for better sourcing of cobalt. After an initial research stage, this programme is soon to be deployed and incorporated in the supply chain of Fairphone 3.
In its fight against electronic waste, the brand supports waste collection programmes in countries such as Ghana and reimburses customers who use the Fairphone recycling programme by handing in their old phones.

Eva Gouwens, Fairphone’s CEO summarises the enterprise’s objectives for Fairphone 3: “We envision an economy where consideration for people and the planet is a natural part of doing business.  We developed the Fairphone 3 to be a real sustainable alternative on the market, which is a big step towards lasting change. By establishing a market for ethical products, we want to motivate the entire industry to act more responsibly.”

Fairphone 3 uses Android 9 (and Android 10 should be available in 2020). It has a Qualcomm 632 processor of 4GB RAM. The LCD touchscreen has 2160 x 1080 resolution. The rear camera has 12 megapixel resolution with f1.8 aperture whereas the front (‘selfie’) camera has 8 megapixel resolution. Fairphone 3 offers 64GB internal storage, which is expandable with a micro SD card. Two SIM cards can be used. Its 3,000mAH battery is removable.
There are smartphones that are quite as performant yet cost only half, but by choosing a Fairphone 3 you show your support for a business that tells the whole industry how it should evolve.