Since the 1990s, the flower industry too has been globalized. In Kenya, roses are even the second biggest export product after tea nowadays. On giant ‘flower farms’, tens of thousands of women work hard for very little pay, and they are rarely ever protected against pesticides either. This is in spite of the fact that a slight improvement in working conditions has been seen in recent years, particularly in Kenya.

Many people in the floriculture sector are aware that it needs to become more sustainable. In 2013 they set up the Floriculture Sustainability Initiative (FSI), with the goal that 90% of flowers traded on the international market would come from sustainable farms by 2020. They consciously chose not to create a new sustainability label, but instead used a benchmarking exercise to select 15 existing social and ecological standards and schemes. One of those labels is Fairtrade, which certifies a number of East African plantations.

There has long been a question mark hanging over the ecological impact of Kenyan roses and flowers grown in Dutch greenhouses. But recently, young producers from the slow flower movement are tending towards an alternative approach. They are choosing to grow flowers organically and outdoors, and then using short supply chains to deliver them to their customers.

With a 50% market share, the Netherlands is still by far the biggest producer and exporter of cut flowers. On top of that, a large portion of European trade passes through Dutch flower auctions, generating revenue that runs into the billions. But the competition is growing and since the 1990s now comes mainly from Africa (for the European market) and Latin America (for the American market). The new ‘flower countries’ are Kenya and Colombia, followed by Ethiopia and Ecuador. 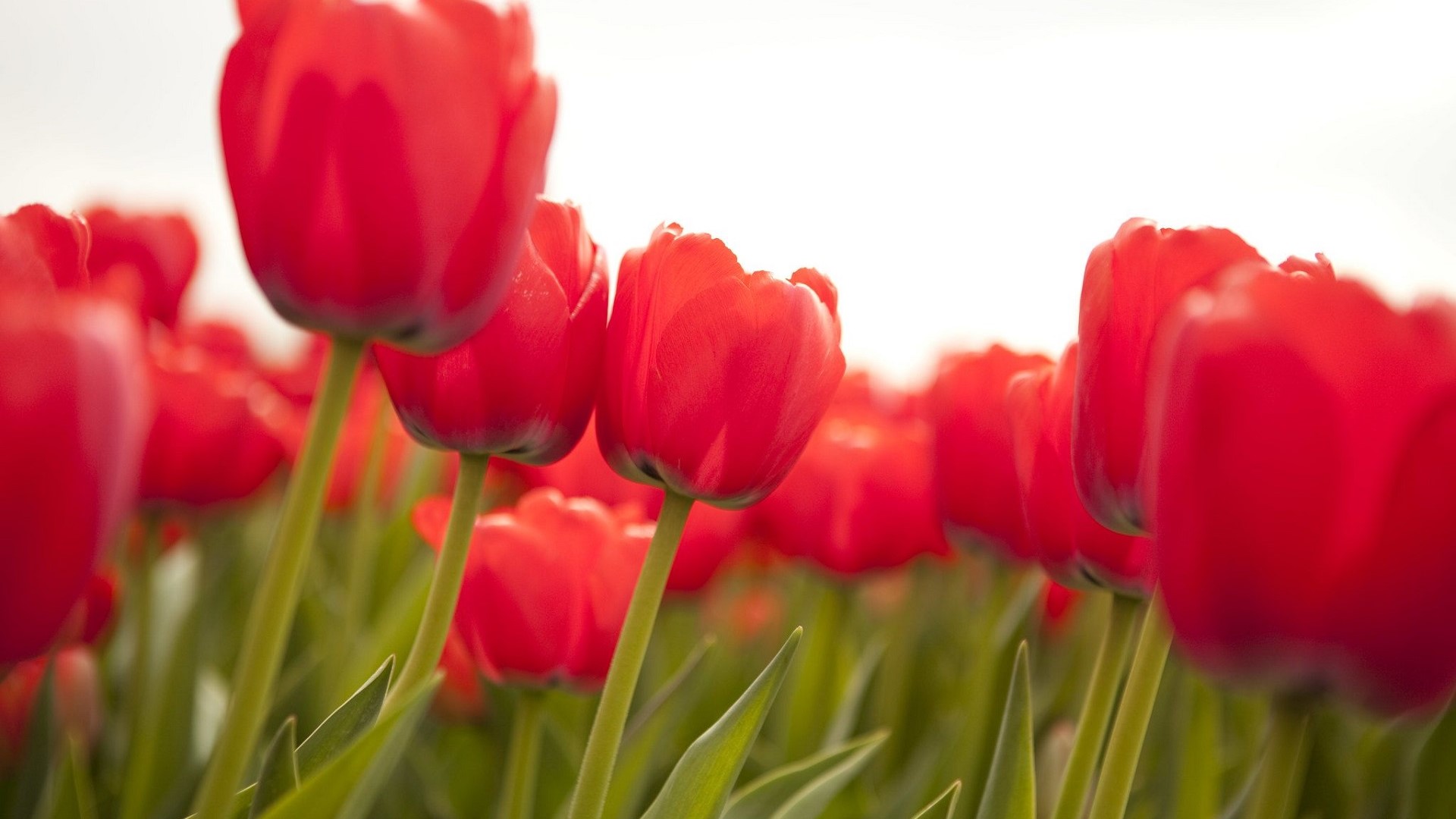 Countries near the equator are blessed with optimal conditions for growing cut flowers: twelve hours of sunlight a day, plenty of rain, and ideal temperatures. Add in low labor costs and the fact that the flowers can be quickly flown to European customers, and it starts to become clear why it is more economically viable to have flowers harvested on a Kenyan flower farm today and then the day after tomorrow sell them at a florist’s 7,000 km further north. After tea, roses are Kenya’s second biggest export product. Tens of thousands of young women work on Kenya’s flower plantations, while hundreds of thousands depend on the sector indirectly.

For years, summing up the working conditions on East African flower plantations was a case of rolling out the same bad news story: temporary contracts, low wages, long working hours, dangerous exposure to pesticides, a significant lack of protective clothing, hardly any labor union rights, and many reports of exploitation and sexual abuse.

HIVOS, a Dutch NGO that has had its finger on the pulse in Kenya for many years now, is starting to see some small but positive steps. For example, the sector has become so important for Kenya that the government has introduced a minimum wage. Workers earn 2-3 dollars a day, almost twice what they can expect in Uganda and Rwanda. They are also often given certain allowances for food, medical costs, transport or childcare. In short, there is goodwill in the sector, and the European demand for more sustainability has no doubt played a role in that. But that does not change the fact that wages are still low, conditions are still precarious, and the path towards improvement is still a struggle. To illustrate the point, the local HIVOS coordinator was recently told by a government official that if they were to run too many campaigns on women’s rights, companies might relocate to Ethiopia.

Despite fierce competition, many people within the sector have for a long time now understood that things have to change. Around the turn of the century, the international umbrella organization of flower traders took the initiative to create a worldwide standard of social and ecological criteria. But the consumer label ‘Fair Flower Fair Plants’ never really got off the ground and is now no longer active.

In 2013, a new initiative was launched: the Floriculture Sustainability Initiative (FSI). It brings together leaders within the floriculture sector, but NGOs are also involved in the process. The project is based on three pillars:

Firstly, an ‘FSI basket’ of worldwide responsible social and ecological standards and schemes was created. It was never the intention to create a new label, rather to set up a way of putting different labels side by side in order to provide transparency to growers and traders. There are already 15 labels in the basket, ranging from company labels like BSCI and SA8000 to classic organic and fairtrade labels to the Colombian Florverde® and Kenya Flower Council Silver Standard. 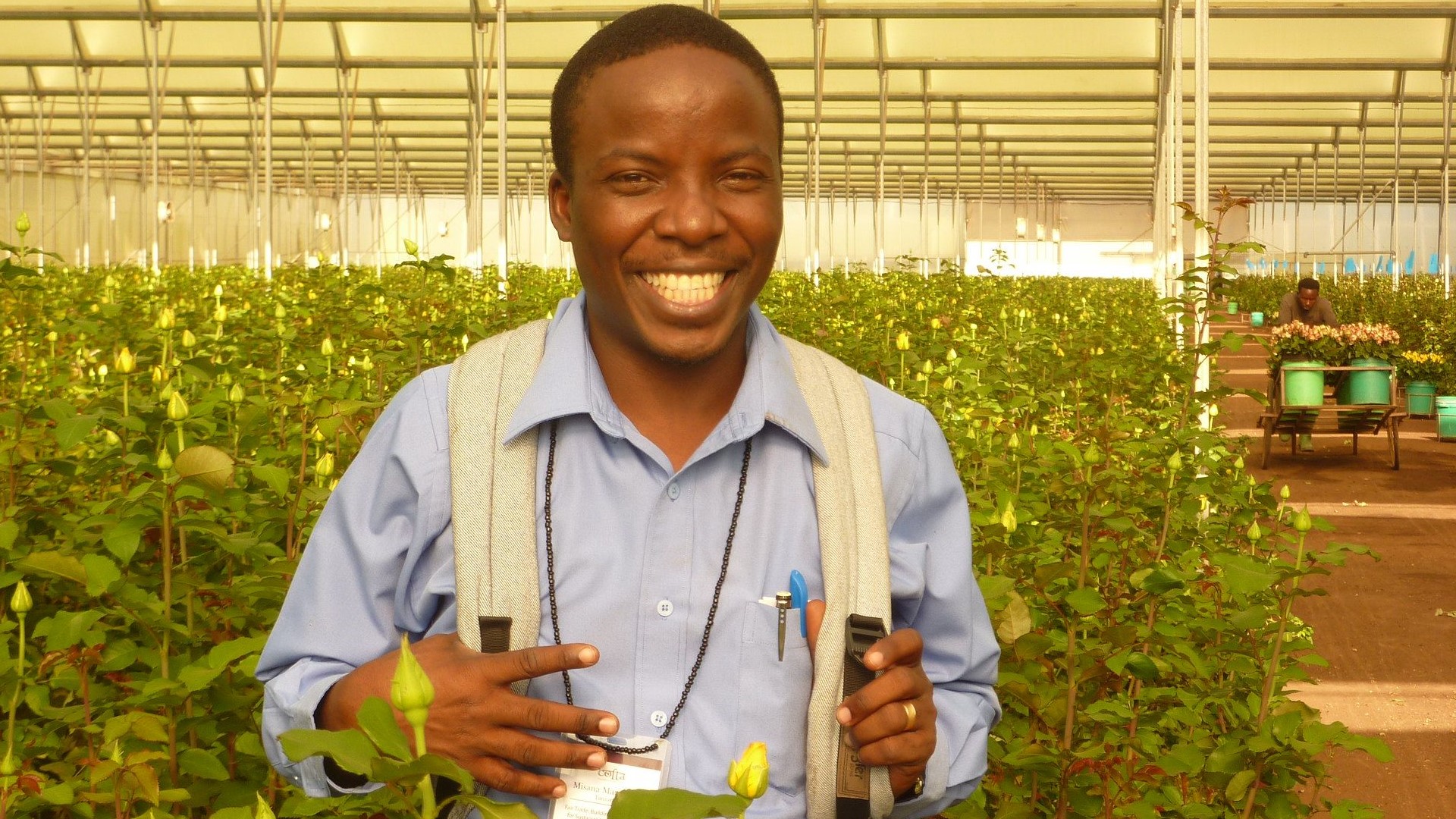 Secondly, the focus of the work is on transparency. FSI members send digital information about how much they have purchased, from which suppliers, and which countries to a central database where it is matched to label certificates. The main goal behind this ‘sustainable sourcing scan’ is to give buyers insight into the sustainability of their trade flows so that they are better informed when talking to growers.

The third and final pillar is that FSI shares good examples relating to the use of water and pesticides, human rights, and environmentally friendly transport.

The goal was very ambitious from the start: FSI wants 90% of the flowers and pot plants traded on the international market to come from sustainable farms by 2020. FSI Executive Officer Jeroen Oudheusden says: “Using data and technology provides much more transparency. As a grower, this makes it easier to demonstrate that you work in a sustainable way. It might seem obvious but this will really make a difference. More transparency also stimulates confidence in the chains and this can really accelerate things. Because the focus on sustainability isn’t going anywhere.”

In 2001, flowers were the first product for which Fairtrade International extended its certification model from small cooperatives to large plantations. Today there are 64 flower farms with the Fairtrade certification, predominantly in Kenya, Ecuador, Ethiopia and Tanzania. Just under 60,000 employees work under Fairtrade conditions. Since 2017 this has meant labor union rights, safe and healthy working conditions and social provisions as well as a minimum wage of 1.9 dollars a day (the World Bank’s international poverty line). For the female workers of Mount Meru in northern Tanzania, for example, this meant a significant wage increase of 30% from one day to the next. Since then, discussions with the relevant parties have begun on eventually evolving towards a ‘living wage’. This kind of wage is calculated per region and is what a family needs for food, housing, clothing, transport, education, and a small amount of savings put aside for unforeseen events.

Because the supply of ‘honest flowers’ is currently many times greater than the demand (for example, some certified plantations can only make 10% of their turnover under Fairtrade conditions), Fairtrade International also introduced the so-called Fairtrade Sourced Ingredient model for roses. This means that Fairtrade-certified roses are allowed to be arranged in bouquets together with conventional flowers. The hope is that this will increase sales and in turn improve conditions for the workers. Fairtrade-certified plantations do have to create a dialogue between employer and employees to decide how to spend the Fairtrade premium (10% on top of what customers pay for Fairtrade flowers). The workers of Mount Meru, for example, decided to use the premium to pay for a well, school fees, and a school cafeteria.

Are Kenyan roses better than Dutch ones when it comes to sustainability? The Swiss retail chain Migros and Fairtrade International commissioned consultancy firm Treeze to find out. The conclusion is that greenhouse gas emissions from the air transportation of Kenyan roses are 4-6 times lower than those generated by heating Dutch greenhouses. The recommendation therefore is that Dutch growers make a drastic switch to renewable energies in order to reduce their carbon footprint to the levels of Kenya. 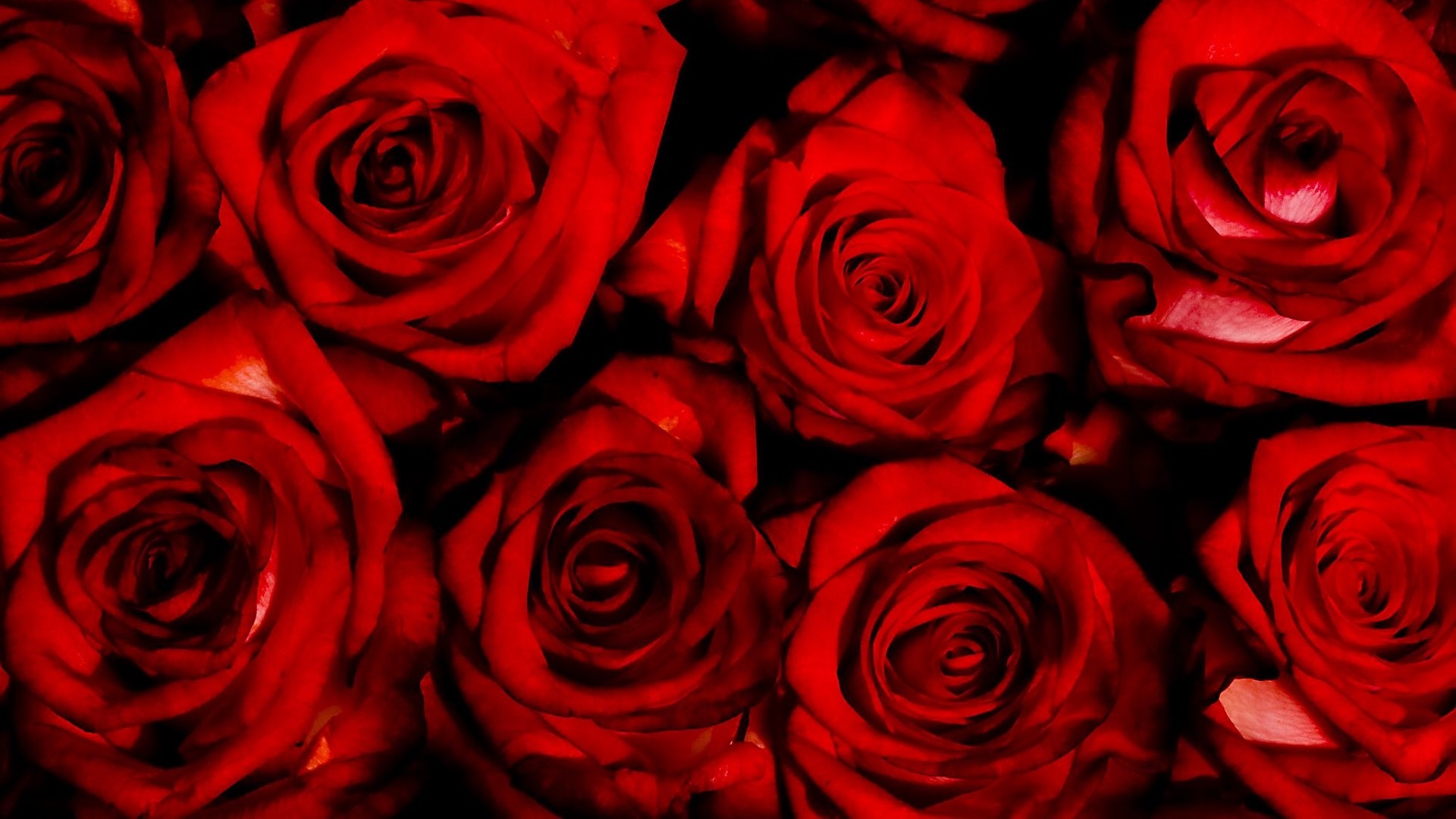 But this isn’t the full picture. Two important elements have a considerable impact here: water and pesticide use. Water is recycled much better in Dutch companies and this is something drought-stricken East Africa also needs to strive for. Kenyan floriculture is mostly situated around Lake Naivasha in the south-west of the country. Aside from being a vital source of water, this large freshwater lake is home to hippos, flamingos and many other animal species. Since the arrival of floriculture here, the population has grown from 6,000 to 240,000, water levels at the lake have dropped, and pollution has increased considerably, partly due to the frequent use of pesticides. It is perhaps interesting to know that many of those chemicals are banned here. After all, flowers are not a source of food and therefore there are no European norms when it comes to pesticide residue. Fairtrade-certified plantations score better than conventional farms in this respect, but not as good as Dutch growers.

In the run-up to Mothers’ Day 2019, the Dutch environmental organization Milieu Centraal created a calendar of flowers to indicate the environmental impact of bouquets depending on the type of flower and the month of the year. This was based on research during which three situations were compared: flowers grown in an African country, in a Dutch greenhouse, and in the open ground in the Netherlands. The conclusions confirm what the Treeze report found: Kenyan flowers score better when it comes to climate change and worse when it comes to use of land and water as well as ecotoxicity. And it goes without saying that seasonal Dutch flowers grown in open ground require much less energy than greenhouses or flowers that are being flown in.

Following on from the slow food movement – which started out in Italy but has since become popular all around the world – a slow flower movement has also been growing in the United States in recent years. The general principle is the same: restore the connection between consumers/customers and their food/flowers, choose local, sustainably grown seasonal produce, and by doing so give producers the chance to make ethical and ecological choices. At the root of the movement is the book Slow Flowers (2013) by journalist Debra Prinzing. You can find the manifesto for the movement at slowflowerssociety.com.

In Belgium, too, more and more people are moving in the same direction. They are growing flowers organically, outdoors and in the open ground. The flowers are picked fresh so that, thanks to a short supply chain, they can be delivered to the customer as quickly as possible. This of course means that roses and tulips are not available the whole year round, but instead a range and color palette that change with the seasons and weather conditions. The recent creation of belgiumslowflowers.be is helping slow flower growers and sellers to connect with each other too. 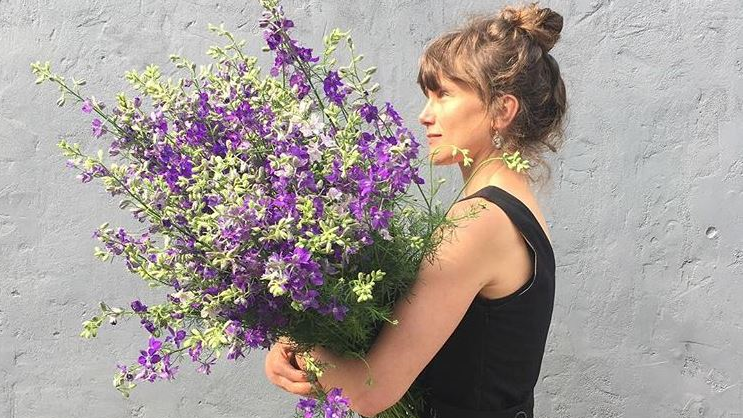 “I started Blommm on Mothers’ Day”, explains Paulien Verhaest from Ghent. “I work together with 8 relatively new growers between Bruges and Brussels, and I see them developing, expanding and becoming more profitable. We might only be a small Ghent business but we are getting results and making a difference somewhere. The season starts in the spring when the crocuses start popping their little heads up, and ends in the fall with the splendor of the last dahlias. In the winter – when there are hardly any flowers – we work with evergreen plants and dried flowers. We pay our flower farmers up to six times more than the traditional flower traders, which explains why our bouquets are more expensive. They also look different: the stems aren’t always the same length and they are not packed in palm leaves. Blommm bouquets are a tribute to imperfection.”