Obtaining a fair price and fair remuneration is not only a goal that farmers in the South fight for. In Belgium’s Walloon region the Producers Board has created a ‘Fair Producer Price’ label to hold supply chain stakeholders accountable. It is directly inspired by existing fair trade certification initiatives. We look back with Emmanuel Grosjean following the label’s first anniversary. 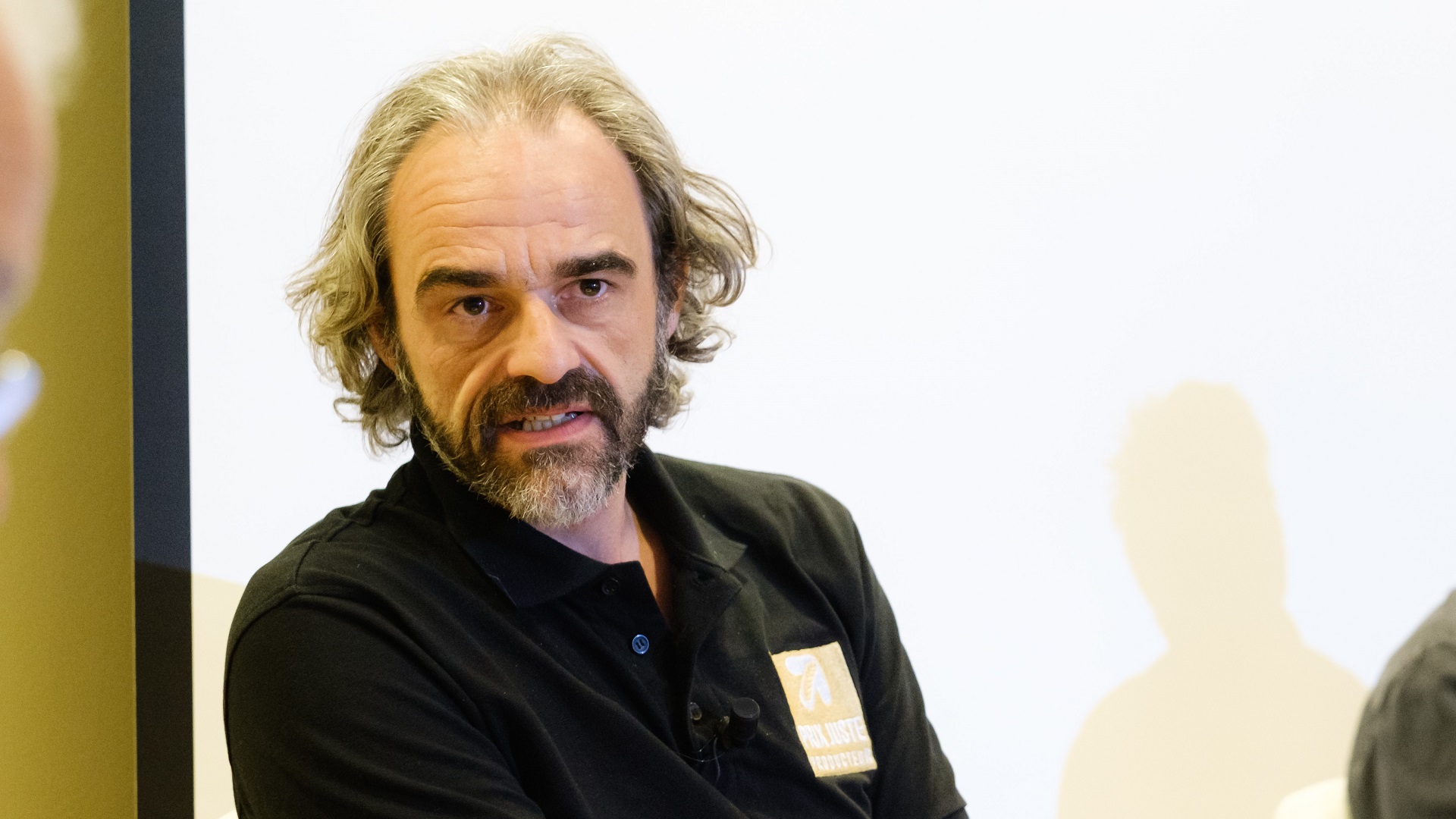 Emmanuel Grosjean has led the Producers Board since it was created five years ago. The organisation was put in place under the Walloon Agriculture Code: “There used to be a not-for profit for each supply chain – aquaculture, organic agriculture, poultry, dairy, etc.,” explains Grosjean. “Obviously, there was a lack of coordination and there were not that many farmers left to justify 11 different entities, particularly since 50% of issues concerned all supply chains.”

he Walloon authorities urged for more effectiveness. “We complement existing advocacy groups and represent some 12,000 very diverse Walloon producers. We make sure we put the producers first. We have 64 representatives. 44 represent farmers and 22 represent various stakeholder associations from the supply chain such as environmental associations, farmers’ trade unions, consumer associations, the federation of the Belgian food industry (Fevia) or the distribution sector association (Comeos). Thus, the whole supply chain is involved and invests in economic and institutional matters and in informing the general public. “We consult supply chain stakeholders particularly, to promote a good use of public investments and to influence legislation.”

Early on, one issue was put high on the new organisation’s agenda: “We noticed economic hardship and a worrying situation in all supply chains, which was even worse than we thought, because 65% of producers are older than 50. Most lived well through the 1980s and 1990s and today accept losses. They still manage even though they are losing money. But, considering the duress they are in, their outcry is not heard. For younger producers who still need to invest, the problem is very real! The strongest signal is that right now only 750 farmers have been farming for less than 30 years.” Young farmers do not make up 6% of farmers. They do not succeed in being heard now that the race to the bottom is raging in the food sector and that farming is not profitable anymore since products are being sold below their real cost price.

“In general, we notice that the agricultural sector is suffering economically and faces an underestimated societal challenge: 20 years from now we may lose our food sovereignty,” warns Emmanuel Grosjean. What to do in the face of such a situation? “We became aware of the issues everywhere. We wanted to go into lobbying and start communication campaigns. As we evolved, the idea of a label became a key idea. The Trade for Development Centre (a programme of Enabel, the Belgian development agency), helped us advance in this approach.”

Consumers are calling for better information when shopping

Soon, the idea emerged of putting a fair North-North trade system in place. “Apart from a demand for a fair price, the question was: How do we turn this into purchases? In our working groups we looked at the issue for a year.” A 2016 survey showed that there is genuine empathy regarding the future of farmers and their remuneration. “But people needed to be made aware of the issues. For instance, most people thought that 60% of the end product’s price is for the producer whereas this is only 15% on average for all products,” explains Emmanuel Grosjean. Respondents found that food producers should get a minimum of 40% of the end products’ sales price.

“Obviously, shopping consumers are looking for guidance with regard to fairer prices for producers.” According to the 2016 survey, 25% of consumers would be willing to choose a ‘fair price’-labelled product. And older people would be even more willing. Today, Emmanuel Grosjean is more moderate: “Reaching 5% of the market would be great.”

How does the label work? 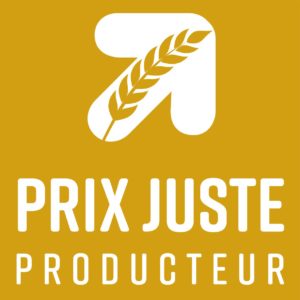 The ‘Fair Producer Price’ label’s specifications list fifteen criteria. The specifications define the elements that are considered indispensable to guarantee that Belgian producers obtain fair remuneration based on, on the one hand, coverage of production costs, and on the other hand, a minimum remuneration established by joint commission number 144 (farm workers) which is set at minimum 12 euros an hour. Requiring such a minimum wage is an important criterion for Emmanuel Grosjean: “Farmers mostly end up with 3 to 4 euros an hour worked. This reality must be changed. And I can tell you that these 12 euros are really a minimum considering that, for instance, a working student earns 9 euros an hour.”

The fair price we are talking about is the price the producer obtains from the first buyer in the chain: “Europe has recognised that, considering the situation of the sector, pricing agreements between producers and first buyers do not run counter to competition rules. It is important to us to operate within legal limits. We do not impact on economic relationships throughout the supply chain but instead focus on the producer–first buyer segment. It is an important point.” For the other segments other negotiations are engaged with retailers who can adjust the price, whereas the guarantee of a fair purchase price from the producer remains standing.

Another important element: “We want producers to affirm, confirm that it is a fair remuneration. And that is why the label should not be too expensive in terms of certification. In other words, we had to build trust rather than put in place a costly auditing system. The Producers Board is in charge of monitoring. This is a form of self-monitoring and it is indeed the producer who remains the owner of the fair price concept.”

Finally, the ethics jury, which awards the label, may be asked to decide about particular cases: “For instance, one of our criteria stipulates that a contract is required between the producer and the first buyer. But we noticed that the fairest relations are sometimes established without a contract, because they are based on trust. Imposing contracts could jeopardise the relationship of trust. In other words, we also need to be flexible. In such cases, we check whether the relationship of trust has been in place for at least 3 years.”

Step forward for the producers

The label promotes a comprehensive approach and a vision that benefits the whole of the supply chain. For instance, the dairy value chain: “Regardless of whether it is organic or not, regardless of the production costs or the quantity of milk produced, or whether public aid has been received, the label aims to pay the farmer 10 cents a litre on top of production costs.” However, these costs need to be determined: “We check with the producer whether all costs incurred are actually covered through the business relationship? Another issue is that producers do not always dare to ask the fair price. Farmers are used to being told the price. They are not used to negotiating. Awareness needs to be raised in that area and progressively through in-depth work,” explains Emmanuel Grosjean.

We also notice positive effects within producer groups (cooperatives, etc.): “The aim is to invert the business relationship and to have farmers agree on their price policy before negotiating with, for instance, the slaughterhouse, and not the other way around. In other words, it is a matter of determining a multi-year pricing strategy which is very positive. More and more stakeholders are getting involved and believe they do benefit from the approach.”

What about the relationship with supermarkets? “Mass retailers were quite opposed to the approach in the beginning. Following our discussions, Comeos convinced them to stop blocking progress if there were buyers of such labelled products. Sustainable food is fashionable, so why not try?”

But new competition has emerged, like the right price and/or cheapest organic products. “At the end of 2018, Carrefour launched ‘the cheapest organic products’ in Belgium. We reacted officially and voiced our concern about such biased vision on sustainability. Low cost organic products just don’t make any sense. They reacted and believe that we can both be players , particularly because of their business relationship with organic producers and local producers. They expressed interest in labelling the products they sell. But we label products at the request of producers only, not retailers! In other words, if producers at the source of such a supply chain want to use their fair business relationships, we will do our labelling work.”

Contacts have been established with other retailers: “Lidl expressed interest, but this has not led to any results. Colruyt, Carrefour Market Group Mestdagh and Delhaize showed interest in including such criteria in certain supply specifications. But these are one-shot approaches that lack comprehensiveness, but one can feel that business relationships are being questioned in light of sustainable fair pricing. We are in contact with the sustainability officers of these retailers, but the main players that have to be convinced are the purchasing officers. What about working around the retail sector? Our original ambition was definitely not there. But I believe that all these discussions are important and it is interesting to see what can be achieved together,” concludes Emmanuel Grosjean.

What is your assessment one year after the label’s launch?

The ‘Fair Producer Price’ (“prix juste producteur”) label was indeed launched one year ago and has 300 registered labelled producers. 1000 more have submitted a request and are still being analysed. In other words, the label is becoming more popular. “Today, public authorities and economic stakeholders are talking about fair prices. Awareness is on the rise. You can talk about it with the authorities and it has become an item on the policy agenda. Such aspects must not be covered by the label only. It should by a society matter,” claims Emmanuel Grosjean. Another positive sign: “At this year’s Libramont agricultural fair, we were asked many questions: Three out of five caterers sourced ‘Fair price’’ meat at the fair. A fair-price hamburger, is quite something!”

And what about a fair price in legislation? “Today, the Walloon region can use the label: It can include and impose the criteria in procurement procedures.” And the European level? “Texts have been produced about the need to promote fair business practices and to counteract unfair practices. The legal framework has changred and the results will have to be assessed. But the setting has definitely improved.”

Another challenge for the upcoming months is the ‘Food for tomorrow’ (“Manger demain”) unit, which focuses on sustainable food in Wallonia and particularly on canteen food: “One of the challenges in sustainable canteens is to find a balance between affordable food and a fair price for the producers supplying the canteens, especially where the average budget for a canteen meal is 3.5 euros! In other words, menus, quantities and costs have to be reconsidered and solidarity mechanisms have to be created or additional budgets mobilised. Also, the significant gap between the one-thousand-meals-a-day hospital canteen and the 50-pupil village school canteen has to be reduced, for instance. We have three years to boost fair canteen meals.”