ECAM: In Côte d’Ivoire a TDC coachee is on track

Thanks to our new visibility, we can do advocacy with our authorities.

Your favorite chocolate’s cocoa is produced a long way from here. Cocoa is grown by producers such as Djakaridja Bitie, a representative of the Cocoa producers’ cooperative ECAM in Cöte d’Ivoire. ECAM is often showcased as a fair trade model in Cöte d’Ivoire. We take a closer look at the steps they took. Christine Englebert of Enabel’s Trade for Development (TDC) has coached this cooperative since 2017. 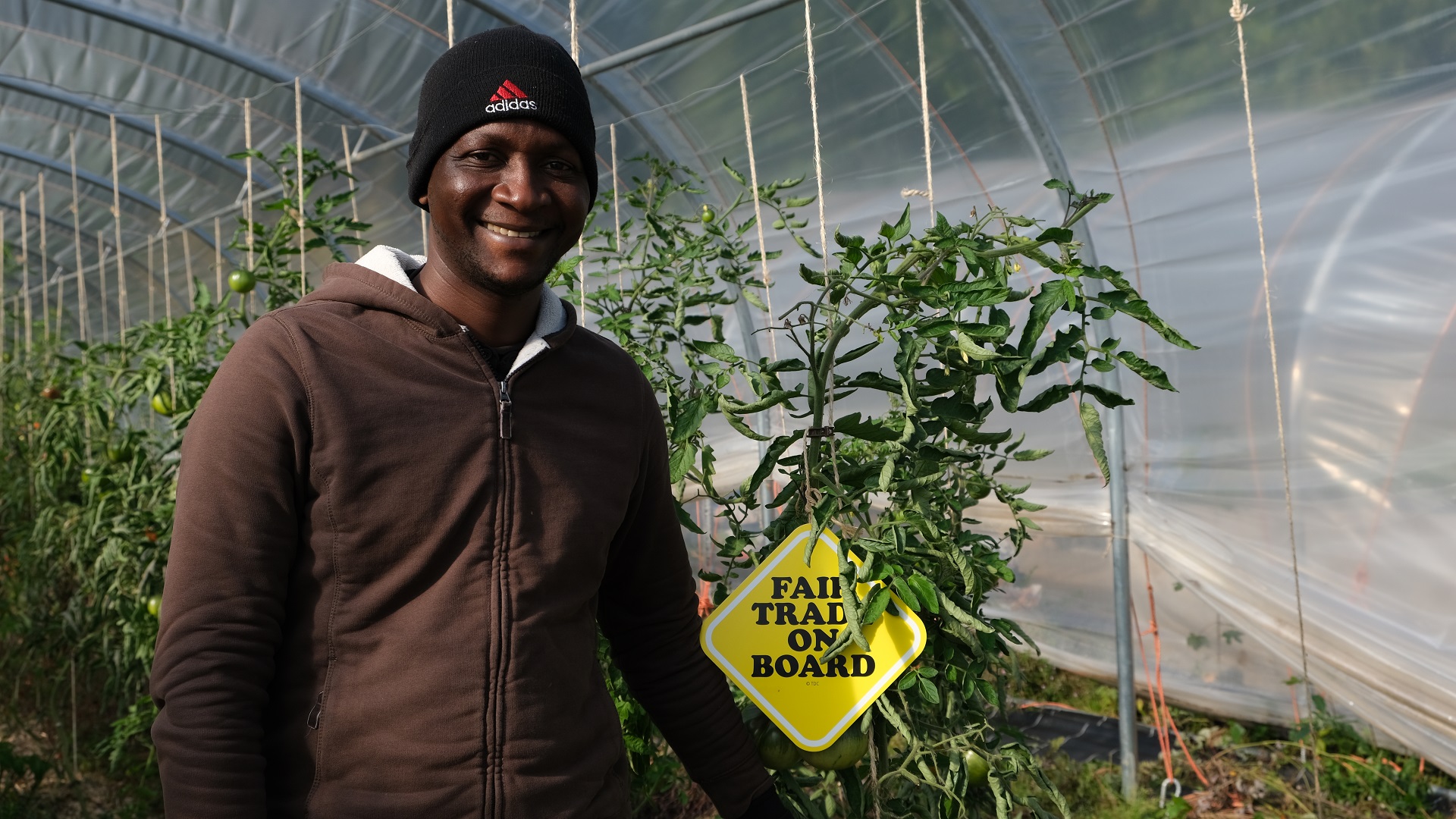 Djakaridja Bitie left the family cocoa farm to study but he returned home after his father passed away. That was in 2000; he was 19 and inherited an eleven-hectare cocoa grove in Côte d’Ivoire’s south-western Méagui department: ‘I soon started diversifying crops and tried agroforestry. I planted fruit trees and started stock breeding ton a small scale. I paid workers to help me out. And I started extracting Hevea latex on the side to produce natural rubber.  ‘

Djakaridja was soon facing issues that many small producers encounter:  ‘I had trouble accessing markets and credit. That is why I became a member of the ECAM Cooperative in 2012. We all work in remote villages. I felt it was important to pool our products to improve our market position and to agree on fair prices for all, and generally to help each other to improve our living conditions. The Cooperative supports its members by facilitating access to high-quality goods, because it can forreach interesting price agreements with suppliers, for instance,’ his story goes.

More than 2,000 producers brought together by ECAM

Very soon Djakaridja took on a role in the Cooperative: “I have been chairing the surveillance committee since 2014.  It is an internal body that ensures general and internal rules are respected (such as the OHADA law which governs Western African cooperatives). I manage, but I do not make decisions. In case things go wrong, the General Assembly will take the necessary corrective measures,” explains Djakaridja. ECAM has 2,122 producers. At the onset, in 2004, there were fewer than 100. “I joined in 2012. Together, we now produce 6,500 tonnes of cocoa a year on an aggregated 12 ,000 hectares of land; this is an average yield per member of 600 kg per hectare, which places us above the average in Côte d’Ivoire.“ 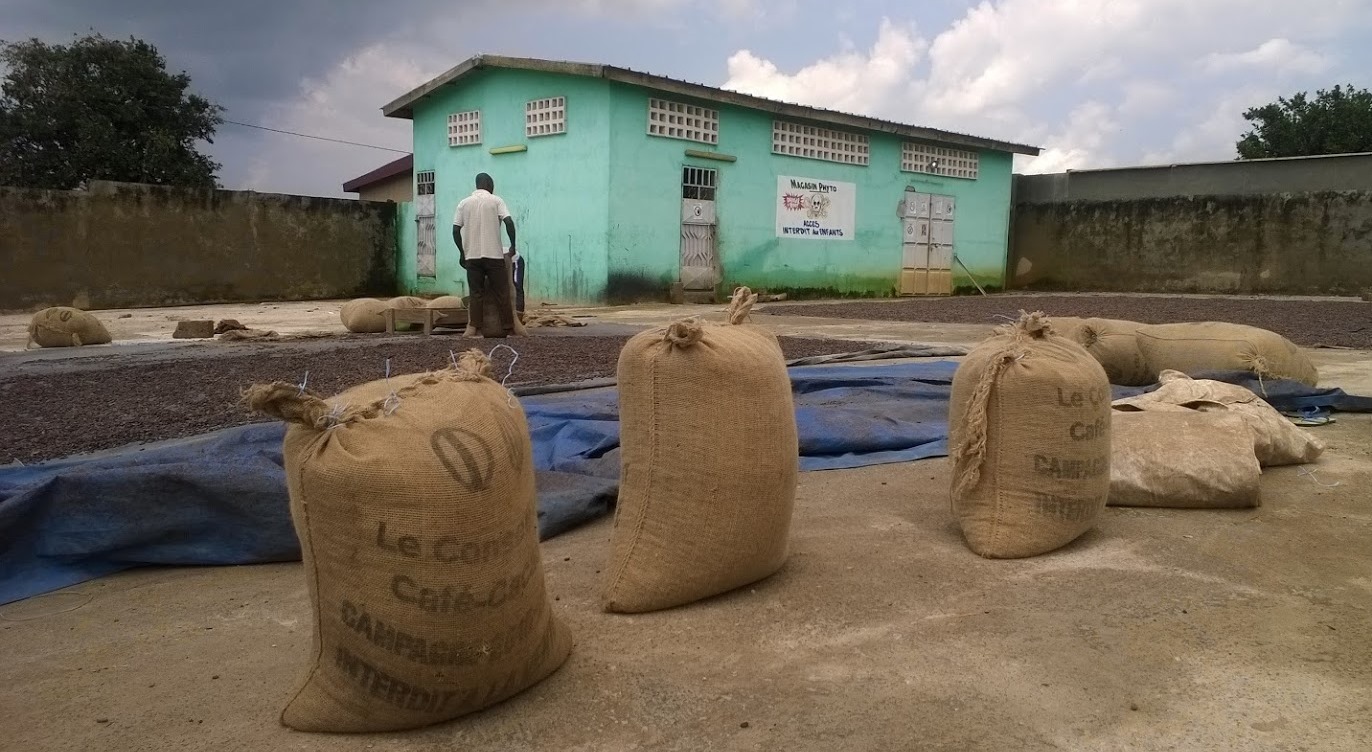 How does he explain such yield? “We focus on quality. We started this sustainability programme – CPS or CACAO Plus Service – in support of our members. When a member’s grove becomes too old, the cooperative offers new plants from its nursery. If a member’s grove has too much sun, we supply shade trees. If a grower needs training, we can offer a training programme, etc.” This approach aims to meet members’ needs. “There are other support programmes, particularly those of buyers, who complement what we offer,” adds Djakaridja.

Coaching programme not afraid to question its approach

The support offered by the TDC aims to be as participatory and personalised as possible. ECAM applied for the programme and was selected from among many other cooperatives. Coaching with Christine Englebert started in June 2017. Who is she? “I have a master’s degree in business and finance sciences and I worked for major corporations such as Nestlé and Colgate-Palmolive for ten years. But I felt the need to explore alternative economic approaches. I worked with Max Havelaar (now, Fairtrade Belgium, ed.). I advocated the rights of producers from the South but I have to admit I had hardly any contact with them. That is how I became a coach for the TDC in 2014.“

“At the time, the programme was still in a pilot phase. I coached cooperatives for six months. Which soon became two years. And it may still change again. What I have appreciated most is the organisation’s capacity to question itself and then improve the programme. We succeeded in signing major contracts with a number of cooperatives engaging new purchasers or developing local processing. This programme can really be very concrete but it is the cooperative that needs to take the lead.“ Djakaridja agrees with this: “The programme was a real help to us. And Christine really succeeded in offering a marketing approach that we could manage. And what is more: we had a strategic discussion on finances, business figures, positions within the cooperative. It was important that each member became familiar with all that. Now, we can showcase the ECAM model and launch lasting partnerships.“

What was ECAM’s biggest need when coaching started? “We badly needed to sell ourselves, to develop a brand image. But we had no expertise in this whatsoever. We were amateurs. That was what the first meeting with Christine led to: find out our strengths and weaknesses. And consider the whole of the value chain,” adds Djakaridja. “This allowed us to pinpoint the key points on which we needed to work with the cooperative to strengthen its business model. There was an action plan and in the next module we dealt with these key points while regularly taking stock to make sure the basic assessment still stood,” completes Christine.

“Let us dare go for a high-quality partnership”

Upon Christine’s advice ECAM developed dashboards with business figures and established a planning. Another significant success: ECAM obtained a logo and a baseline (‘Let us dare go for a high-quality partnership’) aligned with ECAM’s driving values and “broken down into several communication tools, such as the annual report that ECAM is very proud of,” completes Christine. 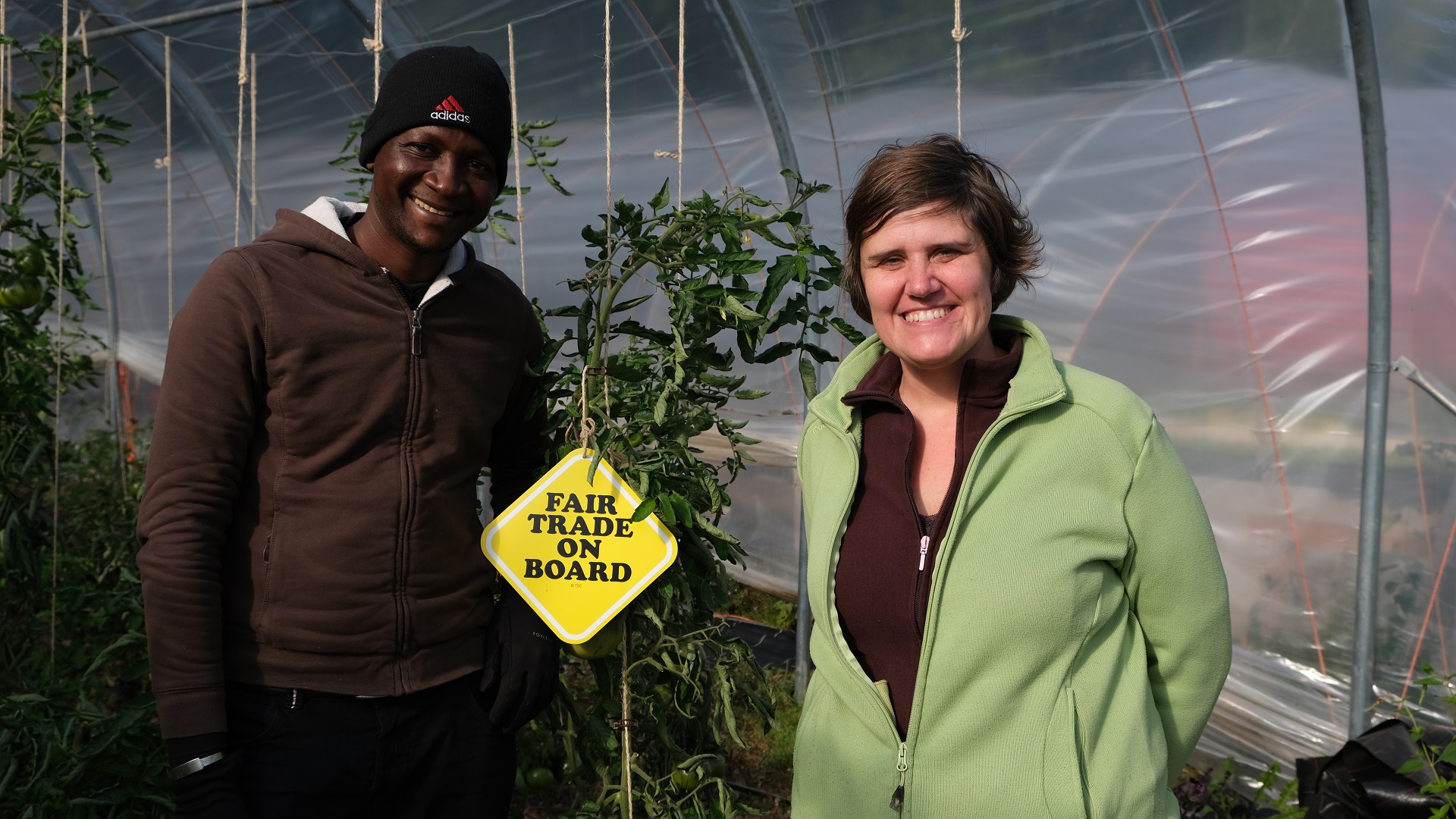 “There are thousands of cooperatives in Côte d’Ivoire. It is difficult to stand out,” says Djakaridja, “We had several reasons for becoming more visible. First, to access the cocoa market and to be known with buyers because chocolatiers like to work with cooperatives that stand out.” Christine adds: “Many cooperatives are empty shells. ECAM needs to show that it means to do business. ” And there is another reason: “It was important to communicate about improving the living conditions of our members and to attract new members. This year we had a top year with 1,000 applications,” Djakaridja says with pride.

Another impact of such increased visibility: “We are increasingly approached by buyers and technical or financial partners who believe that we mean to do business. We hope that these contacts will help us make progress in fair trade, because right now only one third of our production is sold against fair trade conditions,“ adds Djakaridja with a tinge of hope.

The Dutch chocolatier Tony’s Chocolonely has been ECAM business partner since 2016: “Tony’s buys at fair trade conditions. They pay us 240 dollars Fairtrade premium per tonne and an additional premium on top of the purchase price. We have a direct relationship with them; they regularly visit us and are concerned about the needs of the producers. They have calculated our costs, became aware that the Fairtrade premium was not sufficient and therefore decided on an additional premium. A strategy plan distributes the premium: producer living conditions and empowerment of the cooperative, access to drinking water, electricity, health care, etc. An independent audit firm regularly checks how the funds are used.“

“I often use drawings to get the concepts across”

After fine-tuning the communication tools, ECAM members have learned to use these tools in real situations: “I gave presentations to economic representatives or managers of chocolatiers,” says Djakaridja, “I am now personally much more at ease doing so. I would never have thought I would be able to give such technical talks. And meanwhile I have done so before a whole range of different audiences.” One of the last challenges the members set for themselves is to organise an innovative annual general assembly: “We used to this with bits and ends. But this time we organised a real market, with stands, and we invited like-minded cooperatives, NGOs and producers of inputs. We did a great job. People were positively surprised. ”

“The goal of coaching was to adapt to the realities of ECAM,” adds Christine, “As a coach I use a variety of tools and I often use drawings to get the concepts across more effectively. In other words, I draw the supply chain from the producer to the consumer or I use telling images reflecting their realities. I also try to work on site as much as possible: make a market study of local shops or meet potential and current partners to consolidate the partnerships. The more concrete things get, the better the results will be.“

“Thanks to our improved visibility we can defend our interests with the authorities because, considering our weight on national level, we have become a force which the government invites to the debates. We speak for the producers. We can make suggestions,” Djakaridja is proud to say. And ECAM plans continue ondown this route: “Further consolidation and support is needed on a road to healthy growth, but the road already travelled is quite impressive. This team is very professional,” observes Christine.

“There is great willingness, which means choices must be made and priorities set. Projects to switch to organic farming have started recently as has a poultry farm that is to provide fertiliser. This is a key project for the future. We are already in touch with a potential buyer but we continue to do prospecting, because, as from 2020, ECAM will be able to supply high-quality organic cocoa. The next few years are promising,” concludes Djakaridja.