Advocacy can be such fun!

Chloé Mikolajczak is the coordinator of Fashion Revolution Belgium, the Belgian branch of the international movement aiming for a more ethically and environmentally sustainable fashion industry. She talks with us about the roots of the movement, its transforming strength and the challenges that brands face.

Welcome to the fashion industry, a really unrelenting universe: ‘The garment industry pursues maximum profits, which implies large-scale delocalisation. It is very rare to have clothes produced in Europe,’ Chloé Mikolajczak explains. ‘This has led to ‘fast fashion’ which has turned the purchase of a piece of clothing into an absolutely consumerist and surreally voracious activity. For instance, H&M launches some 45 to 50 collections a year. That is almost one every week!’

The underlying logistics have something of a science-fiction scenario: ‘Managers monitor sales in real time by country so they can resupply stores and always offer consumers more of the products that do well in their sales region. Turnover in the boutiques is incredible.’

‘The textile industry is one of the largest emitters of C02. Globally, it is responsible for 8% of greenhouse gas emissions. That is more than all air and marine transport combined,’ summarises the young coordinator. For consumers, fast fashion also leads to waste. Cause or consequence? In fact, we have lost track, but the fact is that people easily dump their clothes,’  says Chloé with regret, who very early on decided that something had to radically change in this matter.

The global shock came from Bangladesh. On 24 April 2013, more than 1,130 people died when a warehouse in Savar, a suburb west of the Bangladeshi capital Dacca, collapsed. The Rana Plaza building was home to several sweatshops where various international garments brands were active.

The Rana Plaza collapsed in the morning, just after everyone had started work. The sweatshops’ management ignored the evacuation warnings issued after cracks had appeared the day before were. This tragedy is one of the symbols of the abuses of fast fashion and rampant globalisation. 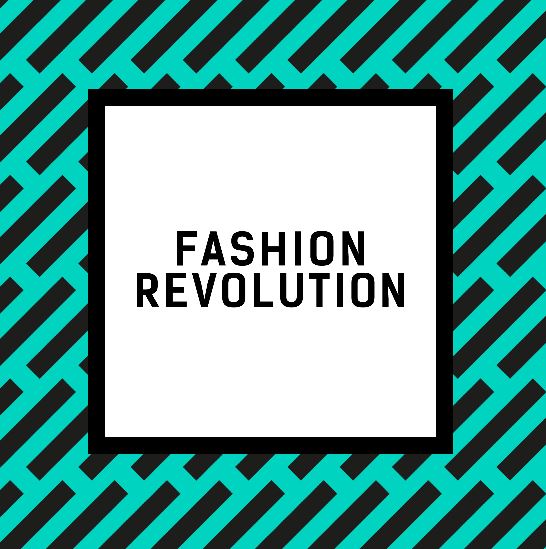 It turned out to be a trigger event too: in 2014, exactly one year after the tragedy, Orsola de Castro and fashion designer Carry Somers, creator of the Pachacuti brand and pioneer of ethical and fair fashion in Britain, launched the Fashion Revolution Day, which aims to commemorate the victims of the Rana Plaza tragedy, to denounce textile industry practices with one voice and to foster public debate by raising the question: ‘Who made my clothes and how?’

This question went viral on social media with the hashtag #whomademyclothes. ‘Until then, advocates of fair fashion asked the brands questions,  but the brands never replied because they felt they didn’t need to,’ says Chloé, ‘This changed with the hashtag approach because hundreds of millions of consumers could be reached potentially.’ The Fashion Revolution movement distinguishes through its basic strategy. ‘It uses the power of social media. It is a non-committal campaign that is carried by the idea that advocacy can be fun. Its branding is colourful and aesthetic. It appeals to fashion lovers,’ explains Chloé.

Fashion Revolution wants to create a community relationship between consumers and garment workers using its ‘I made your clothes’ slogan carried by industry workers on photos that are posted worldwide. In every country across the globe, both famous and anonymous consumers have joined by challenging their favourite brand. However, it is important in this campaign strategy that the consumer is not judged. ‘We don’t tell people ‘Your consumption pattern sucks’ but instead we say, ‘You can have an impact as an individual’, which is a very different approach,’ claims Chloé.

Increased awareness of the fashion industry

And it’s working. With a decentralised movement and local teams in more than 100 countries, the Fashion Revolution is changing the sector: ‘Just a few years ago, only five major brands were paying attention to their impact by giving scores. Now, part of this global industry is committed to substituting polluting products and reducing CO2 emissions. More and more brands are developing sustainable development programmes of their own,’ Chloé says happily. The Fashion Revolution Day has grown into a Fashion Revolution Week with street campaigns, film showings, fashion events involving designers, associations, businesses, institutions, brands, magazines and, of course, consumers.

But why does the campaign focus on the issue of where clothes originate? ‘It is a call for transparency, which is one of the main issues with the textile industry: How is the supply chain managed,’ explains Chloé, ‘with so many subcontractors. They are called first rank suppliers, then 2nd, 3rd, 4th or even 5th rank suppliers, or more. We have to be aware that very big brands can hardly keep an overview of their whole chain because the production system is just so complex,’ Chloé concedes. ‘Smaller brands are much better equipped to know what is going on in their supply chain.’

With regard to the auditing of supply chains, Chloé refers to the Fair Wear Foundation which offers assistance to brands, ‘and with the Fashion Revolution we developed a tool, the Fashion Transparency Index, which lists 100 big brands and the progress they make.’ After all, like in any other sectors, instances of green- or social washing are not rare: ‘How reliable is the news that brands report to us? H&M for instance was recently caught by regulation authorities because they incited their customers to bring back old clothes in exchange for a voucher. This only stimulates consumption, which is counterproductive! And people are becoming increasingly suspicious of such practices. What does H&M do with the clothes you return to them? Well, they actually burned them! Because the technology to recycle them is not up to par…’ denounces Chloé.

As a reaction against clothing consumption, the ‘Slow Fashion’ movement, to which the Fashion Revolution belongs, is evolving every day: ‘It is a very broad movement which is home to many very varied initiatives. Brands may go for organic fabrics to protect the environment. But organic cotton is not necessarily produced under the best of human or ethical conditions. And, on the other hand, brands with Fairtrade-certified products sometimes disregard ecological aspects. Actually, it is quite complicated to address both concerns from the onset.’

Barriers remain: ‘Young designers must often choose because certifications are very expensive and because, regardless, the consumer finds labels are unclear. Designers often choose suppliers they know even if they are not certified. A European Commission study recently showed that most designers wanted to reduce their social and ecological impact.’ Promoting fair and sustainable trade and highlighting the diversity of sector operators and products is one of the priorities of the Fashion Revolution: ‘I personally would like to change the mindset of people who still see fair trade solely as a food industry issue. Fairtrade still carries this hippie image and is not very fashionable!” she concludes with a smile.

‘Wallonia and Brussels are lagging’

How can we make progress in Belgium? ‘Germany, the Netherlands, France and the United Kingdom have made more progress because, I believe, the media address the issue more often there. In the Netherlands there are quite a few ethical designer start-ups as well as a tradition of buying second-hand clothing.’ We notice that in the United Kingdom luxury brands are engaged in sustainable and ethical development: Some industry leaders, such as Stella McCartney, are very engaged indeed. She is an innovator and started using vegan fabrics very early on,’ explains Chloé. But, in Wallonia and in Brussels, the Fashion Revolution has a hard time finding examples to promote its cause. ‘In Wallonia, we see very few existing initiatives. This is why we hope we can work with advocacy groups such as Achact. For instance, we are going to work with the Maison de l’écologie in Namur. And  Brussels, with the exception of the Dansaert neighbourhood, does not have many fashion initiatives to work with either. Fast fashion is the standard there.

In Belgium, like elsewhere with the exception of the United Kingdom, the Fashion Revolution’s teams are all volunteers. ‘The core of the Fashion Revolution Belgium team consists of five people, a mix of Dutch-speaking and French-speaking volunteers and international volunteers who work in European institutions. This way we bring together a variety of viewpoints.’ The projects are varied and often involve collaboration with larger entities, such as fashion shows with Oxfam at the Tricoterie in Saint-Gilles, the Slow Fashion Days and Nights or conferences at European institutions during the Fashion Revolution Week. ‘We notice genuine interest, people ask for movies and debates; there is a real demand for information, also because Belgian media hardly cover the topic,’ analyses Chloé.

The fight for a more sustainable textile industry seems to become a lasting trend! ‘That is how the new European Commission sees matters,’ claims Chloé. After the Biarritz G7 in August 2020, 32 fashion and luxury industry businesses ratified the Fashion Pact and engaged to act for biodiversity and the protection of the oceans, reported the Elle magazine website. This initiative follows several declarations, particularly by France’s President Emmanuel Macron who asked François-Henri Pinault, CEO of Kering, a few months earlier to mobilise fashion and textile industry actors and rally around concrete objectives to manage and reduce their ecological footprint.

But can we rely on peer self-regulation? The Fashion Revolution will continue to put the brands under pressure via social media. But it is not the only thing we will do: ‘We are setting our next goals. For instance, we want to organise a Dansaert Walk Tour to showcase other ways of consuming. This movement has huge potential. It targets a generation for which sustainable covers all ethical and ecological dimensions,’ concludes Chloé.