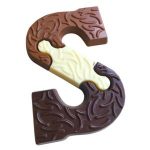 The design and promotion of the Sjokla bar is taken care of by the city itself, while the guild of chocolate makers in Bruges is responsible for its production, packaging and distribution. Just like the product itself, the packaging refers both to the South and to the city of Bruges: on the one hand, small golden waves symbolize the cocoa beans from the other side of the ocean and, therefore, the cocoa farmers; on the other hand, the swans are a clear reference to Bruges and to the guild of chocolatiers that has made it its symbol.

“It’s a product we can be proud of,” says Charles Snoeck of Faitrade Belgium. “Bruges’ commitment to fair trade has only grown stronger since 2008, when Bruges was proclaimed Fair Trade City. Today, the city has around 50 fair trade outlets and more than 30 restaurants offer fair trade products on their menus. So what stronger symbol could there be to celebrate ten years of fair trade in Bruges than this new chocolate bar! »

The Sjokla bar has been on sale since 8 May in the store of the city meeting place Mijn Brugge, the museum store Musemshop, the In & Uit information center, the Oxfam store and at the Bruges chocolate stores. It is available in two versions: milk chocolate and fondant.