Belvas, a passion for chocolate and exports

Who would have thought that the pralines of a small mouscronnoise chocolate factory on the verge of bankruptcy, bought out almost ten years ago, would become an essential product in organic grocery shops around the world and find its place among the greatest Belgian chocolate makers, while respecting the principles of fair trade? 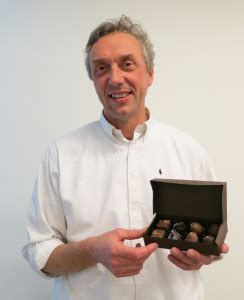 At Belvas, as with most companies, you first bump into the reception desk, with the usual desk and against the wall some diplomas and certificates that are hung in a clearly visible way, so that the visitor knows that he is in a sound and recognised company. The desk behind the counter is empty. The receptionist will be there in a moment, you think to yourself. After a few minutes you become impatient and move into the corridor, looking for a point of contact. Someone arrives. You say you have an appointment with director Thierry Noesen. “No problem, you hear me say, I’ll go with you to his desk.” And you’re standing in an empty desk, behind a reception desk. Indeed, at Belvas the director is also the receptionist… This anecdote illustrates the atmosphere in the company and typifies the director; an accessible, warm-hearted man who is in control, who both receives parcels and determines the position of the ribbon on the praline boxes.

The taste above all 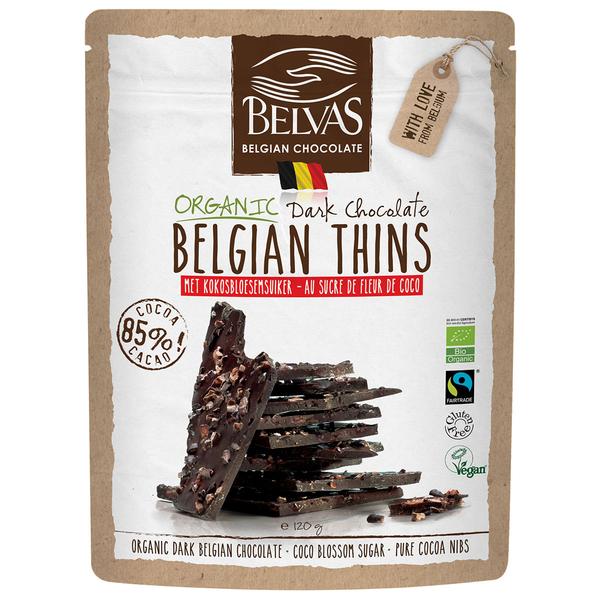 He was a bit pushed to take over the chocolaterie Devas (the former name of Belvas) in 2005. He was already very busy launching his own brand of natural baby products. “Seven people worked at Devas. I was not ready for a takeover. But when the boss told me he was going to close the business and lay off the staff, I couldn’t bear it,” he says. In two or three days the case was closed. And from the day after the effective takeover, the chocolate business became completely fair trade. And a little later, in 2007, also organic.

Obtaining a fair trade label (in this case the Fairtrade Belgium label, formerly the Max Havelaar label) for a complex product such as pralines is an obstacle course anyway, but the biggest challenge for Thierry Noesen was to continue supplying high-quality chocolate. There was no question of sacrificing taste to the fair trade criteria! And vice versa neither. The house chocolate master works on his recipes until he has achieved the desired taste.

“We look for the ingredient first”, explains the entrepreneur. Then we make the praline. For example, we found an organic fig paste. The chocolate master searched until he found the right combination. We use everything that is fair trade, organic and local. We are 100% fair trade, unlike other chocolatiers who offer fair trade products in addition to their regular products”.

Here we are not talking about chocolates with anchovies or pink pepper from Madagascar: “We stay in the basic flavours, very ‘terroir’, with nuts, caramel, whipped cream, pistachios, etc.”, confirms Thierry Noesen. This is why Belvas’ praline range is limited to around twenty species. “We never add flavourings, which obliges us to add more cocoa and almonds and less sugar… in order to achieve stronger flavours. “

The Belvas pralines are authentically Belgian and are the only ones on the bio-fairtradem market, so they found their niche in the market quite quickly. They are available in Delhaize, Oxfam-Wereldwinkels and the organic shops. “We do not have to compete with any other chocolatier. “At 45 euros per kilo, Belvas places itself at the same price level as Galler, between Leonidas and Neuhaus or Marcolini.

But it is abroad that Belvas is the biggest: 80% of its production is exported and ends up in organic departments worldwide, especially in Germany and the United States, but also in China, Spain, the Netherlands, France… And there is still serious growth potential: “We are in the bionic, so all organic sales points are open to us. We can still grow in many areas, such as Brazil, Great Britain…”.

Belvas proves its environmental commitment in yet another way. In 2007, the company left the Mouscron region to settle in the Ghislenghien industrial zone. Thierry Noesen insisted that his factory be built entirely according to ecological principles. The company has a 70% autonomous energy supply, thanks to solar panels and a heat recovery system on the machines. “It’s not only for the image or for what we save, but I also find it very interesting to see what impact such a way of building can have on the environment”, explains the entrepreneur.

Since 2013, Belvas also has its own sales outlet, close to the chic Place Sablon in Brussels. In addition to the prestige that the location confers on the business, “in this way we also receive direct reactions from consumers. From the moment we launch a new product on the market, it is tested there,” says the boss.

Ethics, a value for the future

However, it was not self-evident from his course that Thierry Noesen would achieve success in the fair trade sector. His first job was at Nestlé, one of the most criticised multinationals in the agri-food sector for its relations with the South, both in terms of suppliers and marketing principles. Thierry Noesen was to stay there for three years as chef of the “chocolate” products for the Belgian market. 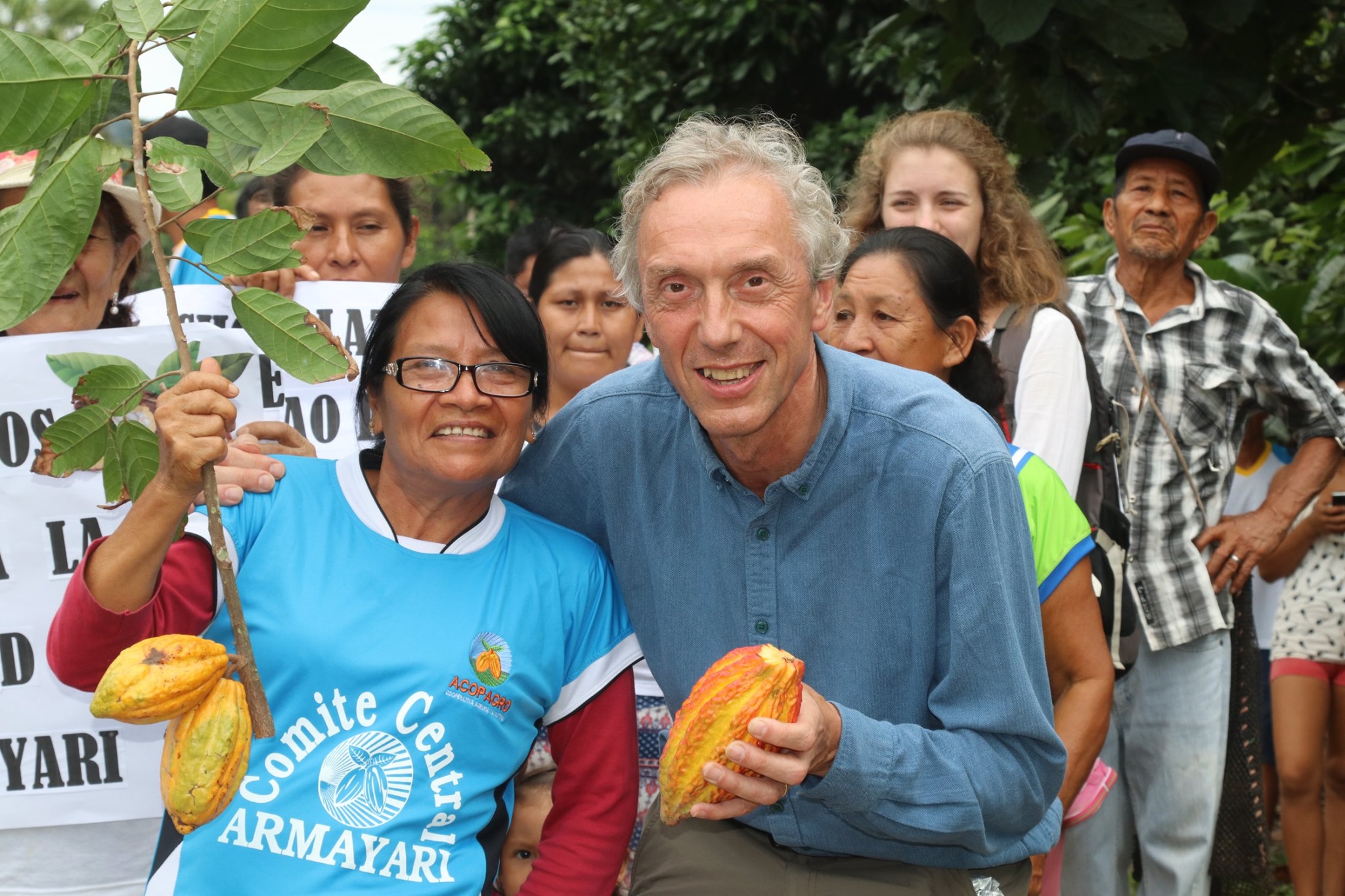 To get where it is today, however, the company was not spared any difficulties: first find reliable and certified suppliers, and then staff costs. It employs 15 people full-time, to which must be added a dozen or so interim workers. “Unfortunately, with the new regulations, I can’t recruit anyone anymore,” says the entrepreneur with regret. Fortunately, he has received support from the Walloon Region and, in particular, from the Walloon export agency Awex (Agence wallonne à l’Exportation).

What is his vision of fair trade and the future of the sector? “I see both opportunities and risks. Fair trade is an opportunity to change the world. I don’t think it’s a fashion. I notice a hunger for ethics among young people. I think the idea of helping producers from the South by buying their products will continue to exist. That is why there must be very strict controls.  I am afraid that major brands are launching new labels that are much less ethical. Some of those labels clearly have a commercial purpose. “

But the optimism of this chocolate fanatic is hard to undermine. “I was also manager of chocolaterie Gudrun in Antwerp. I discovered the passion for export there. And frankly, I think I have the most beautiful job in the world: I work with a great product, we have a fantastic team and I talk to the whole world all the time”. Isn’t it also said that chocolate is a good antidepressant? In Ghislenghien this has been proven in any case.