Fair trade, ‘the good cause’, does not give you a licence to deliver mediocre quality.

The fact that today more than 1 in 4 bananas in Belgium is fair trade is largely thanks to AgroFair. With its Oké bananas, it was the first to bring bananas to Europe under fair trade conditions in 1996. Frank Vermeersch from AgroFair gives us a look behind the scenes of this pioneer of sustainable trade.

Frank Vermeersch starts by saying: “We are a commercial company with a fairly strong NGO mentality”. He has been Customer Relations and Marcom Manager at the fruit importer since 2009. “The ‘founding fathers’ of Max Havelaar, now Fairtrade International, also founded AgroFair. After creating Fairtrade certification in the 1980s, they first applied it to coffee. It soon became clear that something urgently needed to be done in many other production chains as well. With a mass product like bananas, they saw the potential to have a big positive impact.” 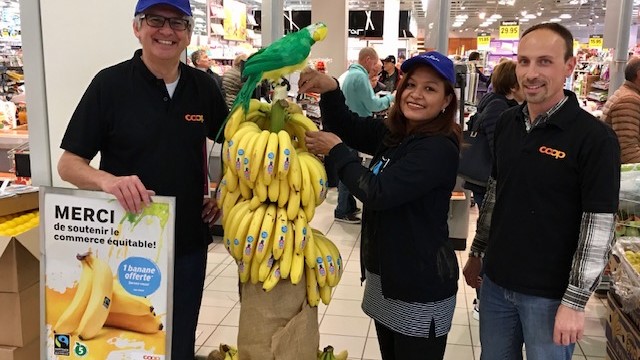 Almost twenty-five years later, AgroFair also imports other tropical fruits, but bananas still make up 90% of their range. The goal to bring about real change for Latin American producers is still very valid to this day.

In the banana world, AgroFair is an atypical company: the banana producers own more than 40% of the shares. The rest is owned by ethical investors. Frank: “This structure prevents us from working in a paternalistic way. We don’t make it easy for ourselves, but it is essential.”

“The conventional banana sector does not contribute to the further development of the regions where bananas grow. Conventional buyers often offer a take-it-or-leave-it price. This leads to less than desirable living conditions for the growers. We prove that there’s another way,” says Frank Vermeersch.

Long-term, direct relationships are the foundation of AgroFair’s approach. Frank: “We have been working with many of our buyers and producers for over 20 years, with full transparency. We properly coordinate the needs of all parties. By doing so we can offer producers a realistic perspective.” 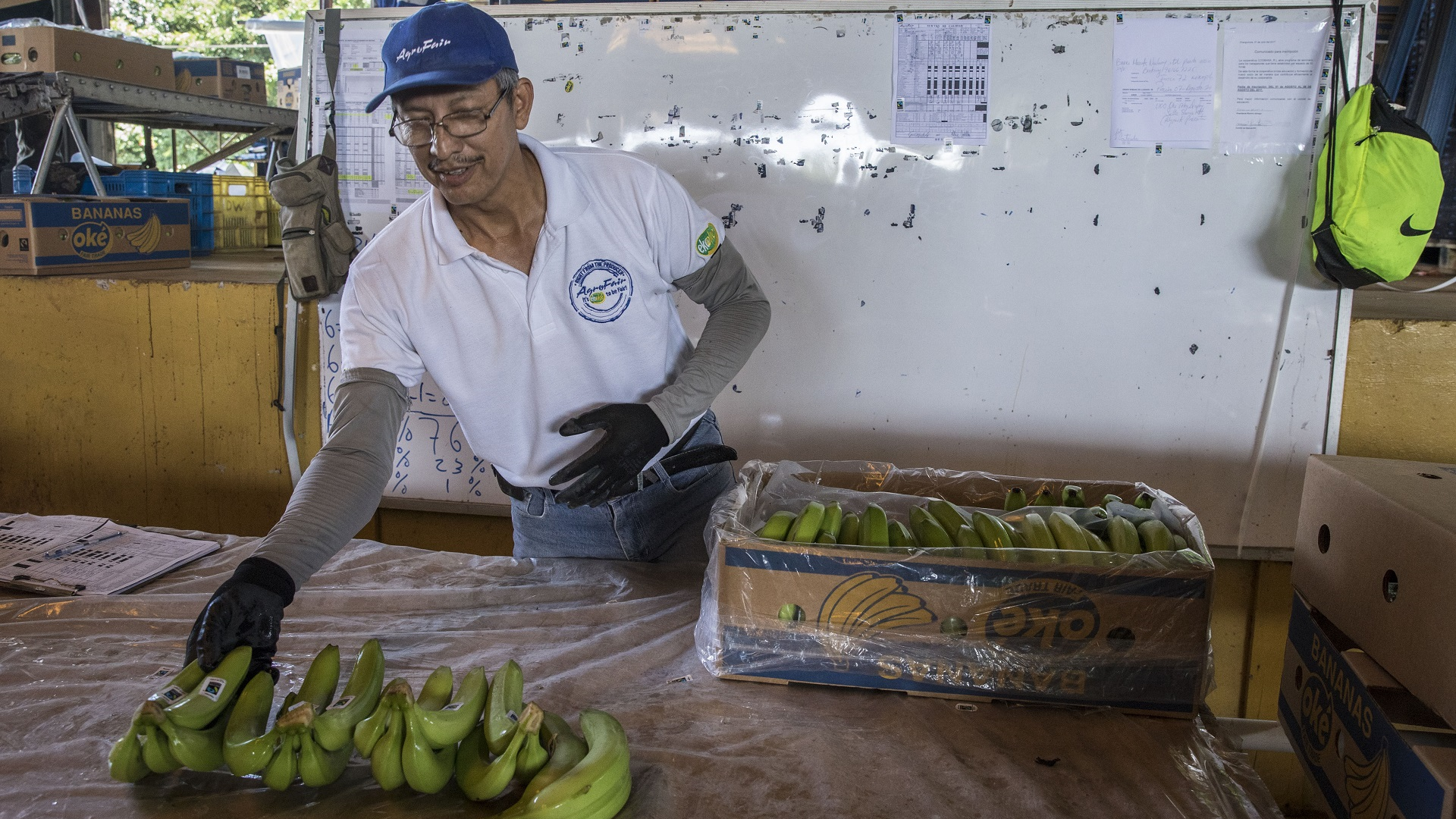 “We also consciously bring producers and supermarkets into contact with each other. They have each other’s contact details and visit each other every one to two years. This can only improve collaboration. And the quality of the product.”

In addition to the livelihood of the growers, that quality is paramount at AgroFair. Fair trade, ‘the good cause’, does not give
you a licence to deliver mediocre quality. Although a banana may seem like a simple product, a lot can go wrong in the 10,000 kilometres between the plantation and your supermarket. We closely monitor the quality requirements at every step: in the field, during washing and packaging, during transportation, to the ripening facility and the supermarket.”

The majority of all fair trade bananas sold in Belgium are also certified organic. AgroFair is also seeing the share of its organic
brand Eko Oké grow. But although Frank Vermeersch sees the combination of organic and fair trade as the crème de la crème, AgroFair is not striving to completely switch to organic.

With good reason: “Some banana producers who have been involved in fair trade for decades will never be able to produce organic bananas. This is because in some areas the climatic conditions make organic cultivation almost impossible. If we only want organic bananas, we risk forcing a lot of fair trade farmers back into the situation they were in before fair trade came along.” 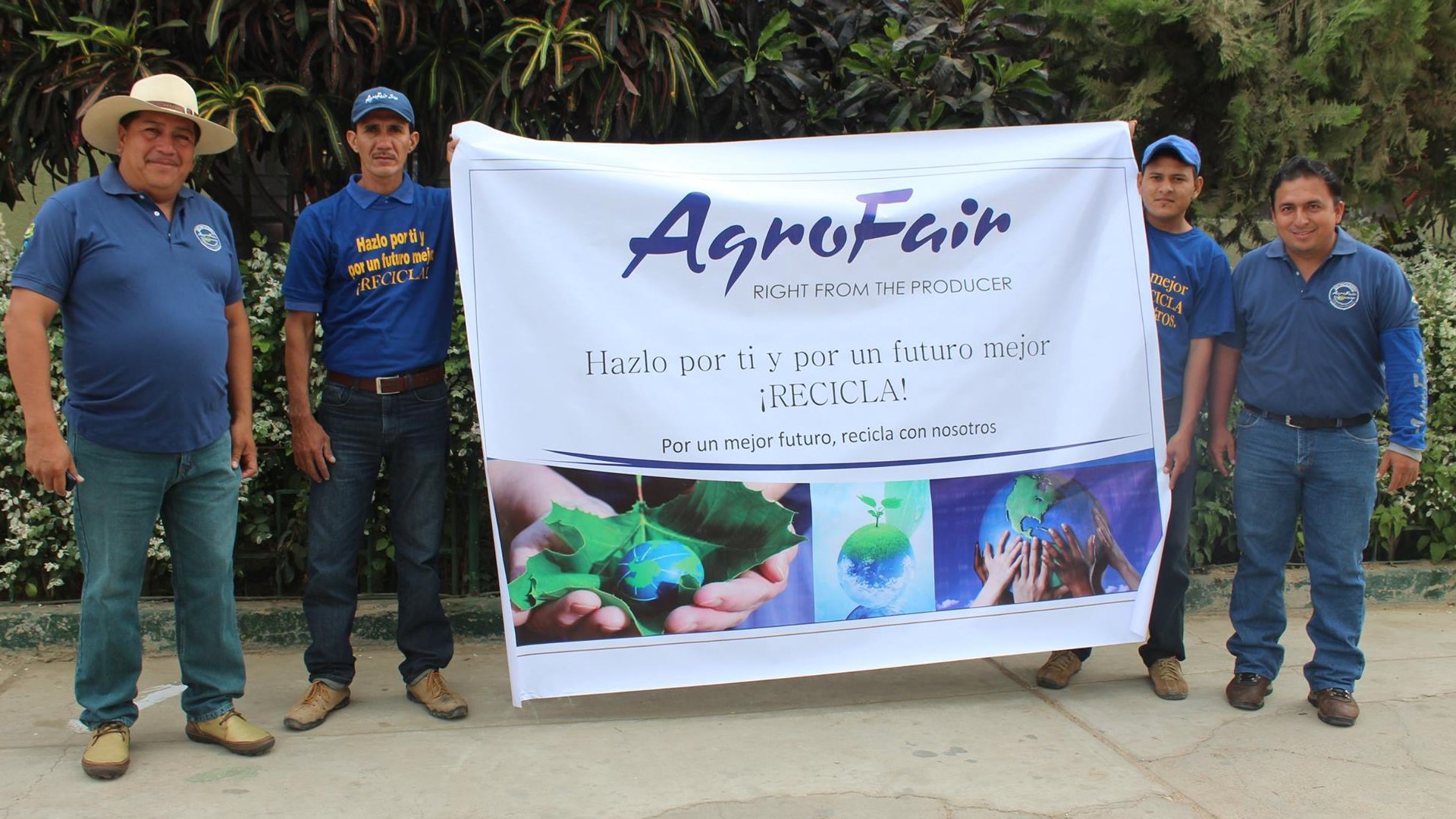 That is why AgroFair prefers to put energy into making non-organic bananas fair. “Although organic is booming everywhere, there is still a lot of demand for non-organic bananas. Think of it like communicating vessels. We still see many growth opportunities for fair trade,” says Frank.

For almost 25 years, AgroFair has been giving banana producers opportunities to build a better life. “Fair trade and organic
certification are very reliable ways to ensure that,” says Frank, “but we still see a whole range of possibilities between that ideal and the trade that just looks for the lowest price.”

Frank: “As an ethical company you can choose to limit yourself strictly to certified products. We used to do that too. Until we
realised that we were leaving producers out in the cold. For some, the fair trade requirements are too high. As an interim solution, we’re opting for the Rainforest Alliance certification. This gives producers more certainty and better sales conditions than the unadulterated conventional circuit. They are, as it were, in the waiting room for their switch to fair trade, while they often already sell a limited volume of fair trade bananas. At the same time, we can offer supermarkets slightly cheaper Oké bananas. For them too, this is a ‘stepping stone’ to a larger volume of fair trade.”

AgroFair makes its supply chain as sustainable as possible. The focus is on fair trade and organic, but the company also takes
initiatives to deliver broader value. Nevertheless, Frank Vermeersch is cautious with the term ‘sustainability’.

“Too often companies use that catch-all term very unilaterally. Often they’re not even aware they’re doing it. They genuinely
work very hard to improve one aspect in their chain, but they lose sight of the bigger picture. Some do this on purpose: they communicate a lot about that one aspect in order not to have to talk about everything that is absolutely unsustainable. That’s what we’re here for. I think: you must be convinced that you are doing the right thing, but you also have to keep looking at yourself critically. Through trial and error we do our utmost to keep improving. We constantly check this against the Sustainable Development Goals and the GRI guidelines for sustainability reporting.”

This is also how AgroFair’s recycling project got started in Peru, one of the most important banana-producing countries. “Until a few years ago, plastic was strewn everywhere there. On the plantations, in the street, in the rivers… A real eyesore when you’re involved in fair trade and organic. After a few unsuccessful attempts, we recently found a way to make so-called ‘corner boards’. They keep the banana boxes neatly upright on the pallet during transportation.” 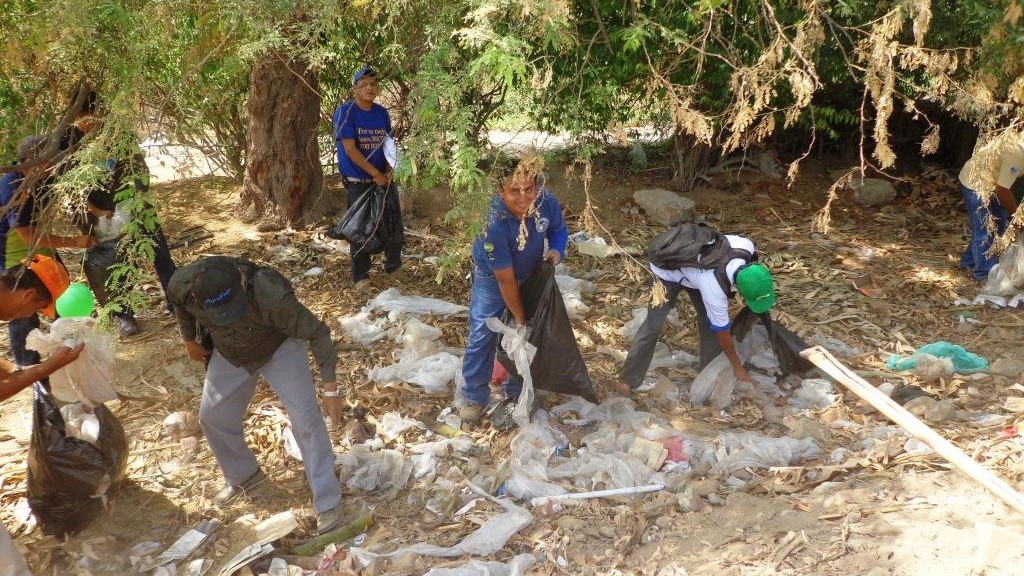 AgroFair is currently rolling out this project to other producers, also outside Peru. Frank Vermeersch dreams of making even more useful things out of this recycled plastic, such as chairs and tables for the villages.

Another sustainable choice is AgroFair’s engagement in preventing food waste. “The European market sets a whole list of requirements that the bananas have to meet. As a result, part of the harvest cannot be exported. In order to still be able to sell those bananas under fair trade conditions, we work together with companies that process them into banana puree,” Frank explains. The purée ends up in baby food, chocolates, yoghurt, fruit juice (such as Oxfam’s famous Worldshake juice) and so on.

“Our work is never done. We are constantly discovering new challenges to make people, the environment and the economy function better together. Over the coming years, we plan to work on better water management and combatting the widespread banana disease Tropical Race 4, among other things,” says Frank resolutely.

When asked about future challenges, Frank Vermeersch says: “We have recently been focusing on Africa. Our work in Latin America is far from finished, but the standard of living has clearly risen. The contrast with Africa is enormous. We are investigating the possibilities of getting organic fair trade bananas and strengthening communities there too.”

“I am quite positive about the future. We see an increasing trend throughout Europe for both fair trade and organic. The coronavirus crisis seems to be giving that another nudge in the right direction, according to a study by Fairtrade Belgium.”

But Frank points to the risk of relying too much on this positive trend. “We have to communicate consistently, clearly and
transparently. About how we work, what we do with the fair trade and organic premiums, what impact we have exactly… We continue to build on our credibility amongst consumers and retailers. Otherwise we run the risk that within those large organisations the ‘non-believers’ will gain the upper hand. And then one of these giants might abandon fair trade to come up with its own – often weaker – sustainability label.”

Frank concludes with valuable advice for other sustainability entrepreneurs: “Try not to compare yourself with other companies. Do what you believe is right and share what you learn with others. I notice that you then tend to get valuable feedback, often from where you might least expect it.”

Do you want to know more about AgroFair and the journey Oké bananas make? Then take a look at the website.