PrevPrevious publicationVital: the sweet taste of fair trade nougat
Next publicationCocoa: the white gold of PeruNext

Kombucha is an age-old elixir with healing properties. Thylbert, a company based in Beernem in Belgium, has been marketing the drink for more than fifteen years. Everything this company does, from the choice of ingredients to the people it employs, is permeated with a desire to be sustainable and fair. 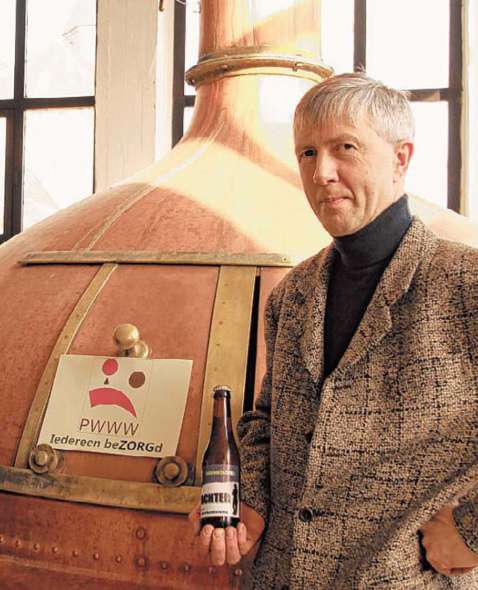 The man behind this comprehensive vision is Luc De Coster who worked as an agricultural engineer in the private and public sector. Confronted with the serious mental disability of their son, Luc and his wife decided to found a day care centre for children with disabilities. They named it Thylbert, which means ‘rich in movement’. Over time, Thylbert has indeed gone through several transformations. First, all the energy was invested in the day care centre. “Running a day care centre requires huge effort: you must either rely on volunteers, or you need funds,” says Luc. “To fund our social project I started brewing Kombucha, a Chinese drink. We looked after a couple of children for a few years, but the staff often changed and it didn’t look like we were going to be recognised by the authorities. When our son needed more care, we stopped the day care centre. Meanwhile, the commercial brewing activity had grown considerably and I became full-time self-employed.” But the social aspect remained as Luc relied on so-called sheltered social employment for bottling and packaging.

But how did Luc get to know the wonder drink? “When my mother was being treated for colon cancer, a friend recommended kombucha to mitigate the effects of chemotherapy and stimulate healing. So, my mother started drinking it and eventually the whole family did.” Kombucha is the result of non-alcoholic fermentation of green tea and sugar. The tradition dates from before Christ and has spread across the globe, for instance, via Russia where centuries ago a lot of research was done into its health effects. Kombucha offers a variety of advantages, in addition to stimulating the liver.

Luc’s first batch of kombucha was for a Christmas fair at his daughter’s Waldorf school back in 1994. He developed the idea of turning the initiative into something meaningful for his son. After a few years of preparation Luc took the idea to a wholesaler and only from 2002 onwards has he focused on the initiative full-time.

In addition to his own variants such as rooibos kombucha, Thylbert offers aquakefir, vitonade, a probiotic bread substitute (kiesjell) and cosmetics. Luc developed his know-how of fermentation processes, a technique which few western companies master. In the East the tradition has been maintained and there is a live fermentation hype in America, but in Europe food is still stored in the ‘usual’ way. “With the introduction of pasteurisation, old fermentation processes lost their appeal. Few food processors are interested in it; the market also changed as people became less inclined to eat sour food. I combined my theoretical background with information that I found on making kombucha and the rest was fingerspitzengefühl. I discovered hands-on which approaches work and which ones need to be adjusted. Of course, making something for yourself and large-scale production are two quite different things. It took me a while before I had a good product that preserved well.”

From the start, the choice was resolutely for uncompromising quality: “At the time, organic markets only offered cane sugar but the literature says only refined sugars should be used for kombucha. I soon realised that 2000 years ago the Chinese also had to use cane sugar and with due care I succeeded. In addition to using organic ingredients, I considered fair trade an important aspect early on. As a child I wanted to become a development cooperation worker; when I met my wife and we had children these plans were shelved, but the idea remained. As we worked with exotic products, such as tea and cane sugar, which traditionally come from low-income countries, we soon applied for FLO recognition and were Fairtrade labelled.” Luc purchases his spices from local spice nursery Loca Labora which is also a social employment project. It is a cornerstone of Thylbert’s business philosophy: fair trade is more than purchasing and processing fair trade ingredients. It also means dealing fairly with staff and focusing on social employment, also in the North. “But it is still manual labour and therefore expensive. By working with social employment organisations, which for me really is an added value for our product, we can offer consumers an affordable artisanal product of high quality.” In addition, Luc also wants fair prices for the consumer by selecting wholesalers and retailers who cap their profit margins. Luc permanently assesses the suppliers of raw materials and does everything he can to save energy in production and distribution. Thanks to its solar panels, Thylbert produces more energy than it consumes. 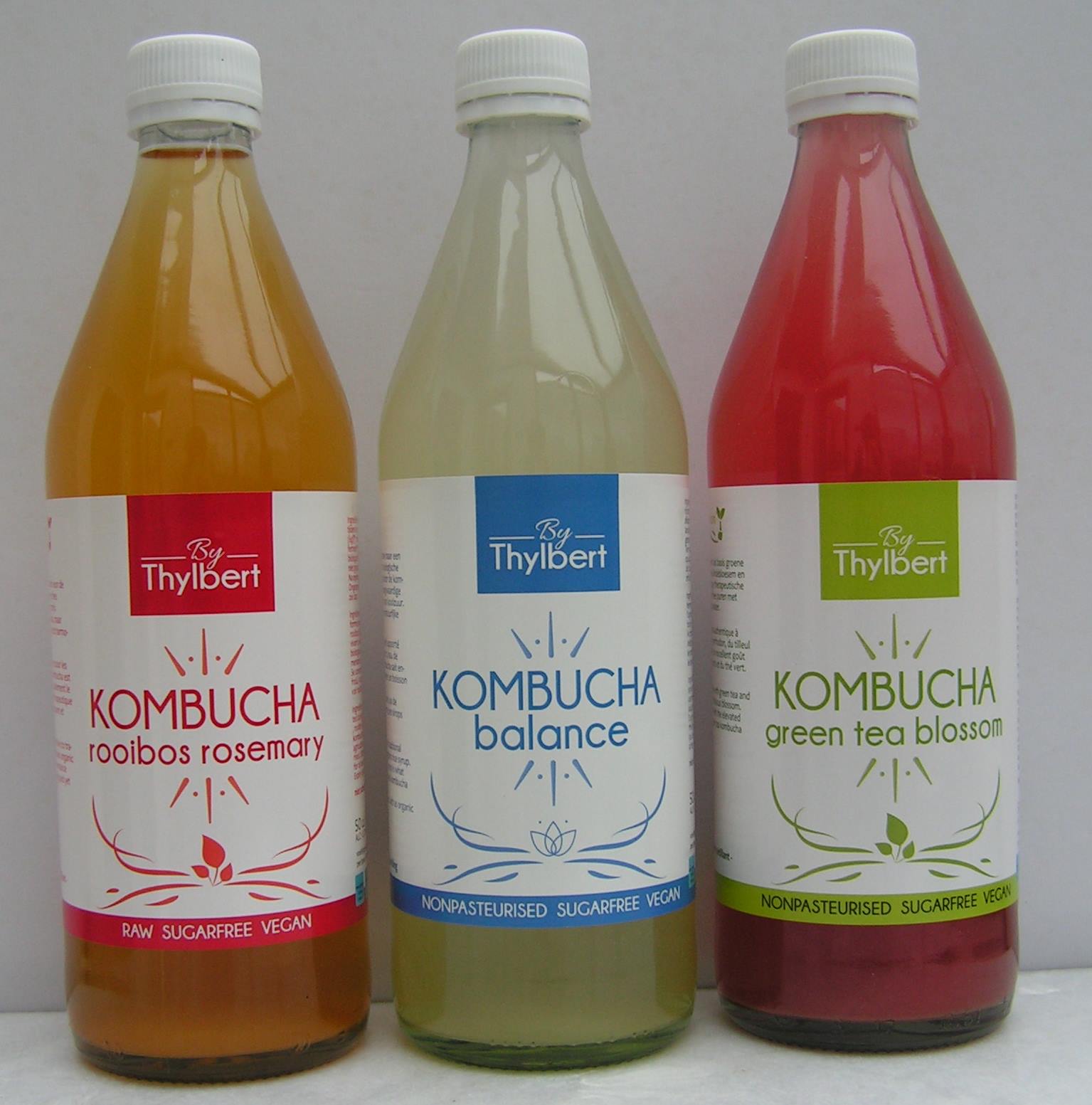 Thylbert primarily supplies organic wholesalers and restaurants and cafés. “Exports have resulted in expansion, even though the potential in Belgium itself is still huge. Because of our low prices, there is little margin for marketing or prospecting. We have to rely on word-of-mouth advertising. Unfortunately, people often look for health products when they are ill, whereas its effect is much stronger as a prophylactic. Health stores are also expanding, but alternative products are moved to the background in that process.” Luc clearly summarises the evolution of the past few years: “In the beginning the idealistic organic and fair trade pioneers jointly opened up the market through their own retail channels. Expansion followed and a broader audience explored that market, which is good, but also attracted larger players who turned it into a business story.” And small producers and pioneers struggled to maintain their niche in the market.

Luc is also struck by another phenomenon: ads for fair trade products increasingly target enjoyment whereas the social aspect appears as an extra, almost an excuse to enjoy it even more. This is not the target he has in mind. “We try to take on our responsibility and we want to make it clear to our customers that they can contribute too. The main story we want to bring is a story of a social economy for all. Social benefits are under threat everywhere. Why? Because there is a crisis. But the economic crisis is not a natural disaster; it is man-made. And we all carry part of the responsibility. The superrich claim an ever bigger share of global wealth and consequently the gap between the rich and the poor is widening in every country. The decisions of the current government create situations that we fight in developing countries. We should not just protect poor countries against wealthy ones, but also the poor population in every country against its own rich. That is a shift we need to make.”