Large companies are about making profits, and nothing else. Supposedly. Java, one of the largest food service companies in Belgium, is different and combines entrepreneurship with a conviction that wealth must be shared globally. This family business does this mainly by selling fair trade coffee which it roasts in its state-of-the-art sustainable roasting facilities in Rotselaar, Belgium. 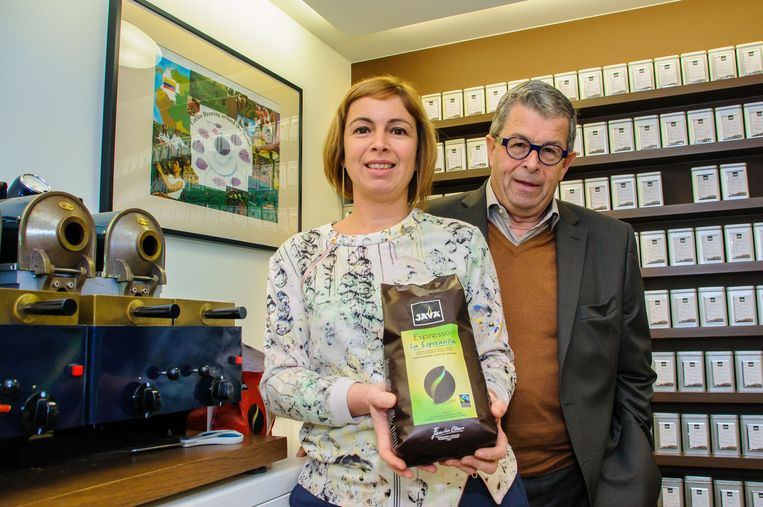 Wim Claes, the third generation to run the family business, is all about coffee and entrepreneurship. His experience goes as far back as the late 1980s when Jos D’Hooghe founded the Belgian branch of Max Havelaar, now Fairtrade Belgium. The roasting house wanted to break into this new market straight away, but it was unable to find the high-quality beans it wanted. It took Java two more years to become one of Belgium’s first fair trade coffee pioneers. Now, approximately 20% of its coffee is Fairtrade (1) labelled. But the food service wholesale business supplying the Flemish government, the European Community and major companies and restaurants also promotes fair trade wine and chocolate, among others.

When it was founded in 1925, Java sold ‘colonial wares’ such as spices. The company only started selling coffee ten years later. At the time, the best coffee beans were imported from Indonesia, where the Dutch had successfully introduced the culture. It had the right, stable temperature, sufficient water and no shortage of labour. But during World War II there were no boats to ship the coffee, nor a market. When the Japanese invaded Indonesia, rice paddies replaced the coffee plantations. After the war, Brazil ventured into coffee and in only fifteen years became the prime producer worldwide. In the early 1990s the IMF supported Vietnam to replace rice paddies with coffee plantations: one kilo of coffee is worth more than one kilo of rice. Now, Vietnam is the number two coffee producer worldwide. “The world is constantly changing and people adapt,” says Wim, “sometimes by making the right choices at the right time”.

Wim claims Fairtrade Belgium is one such important choice for farmers in the South. “After planting a green coffee bean, it takes three to four years before the plant has berries. Meanwhile, farmers leave their land fallow and have no revenue. At that point, the Fairtrade system is very important because it pays cooperatives an advance. It was not self-evident to do so, but fortunately banks such as Triodos have accepted the challenge. After all, a roasting house based in Belgium cannot establish cooperatives in the South. You have to be present in the field.” 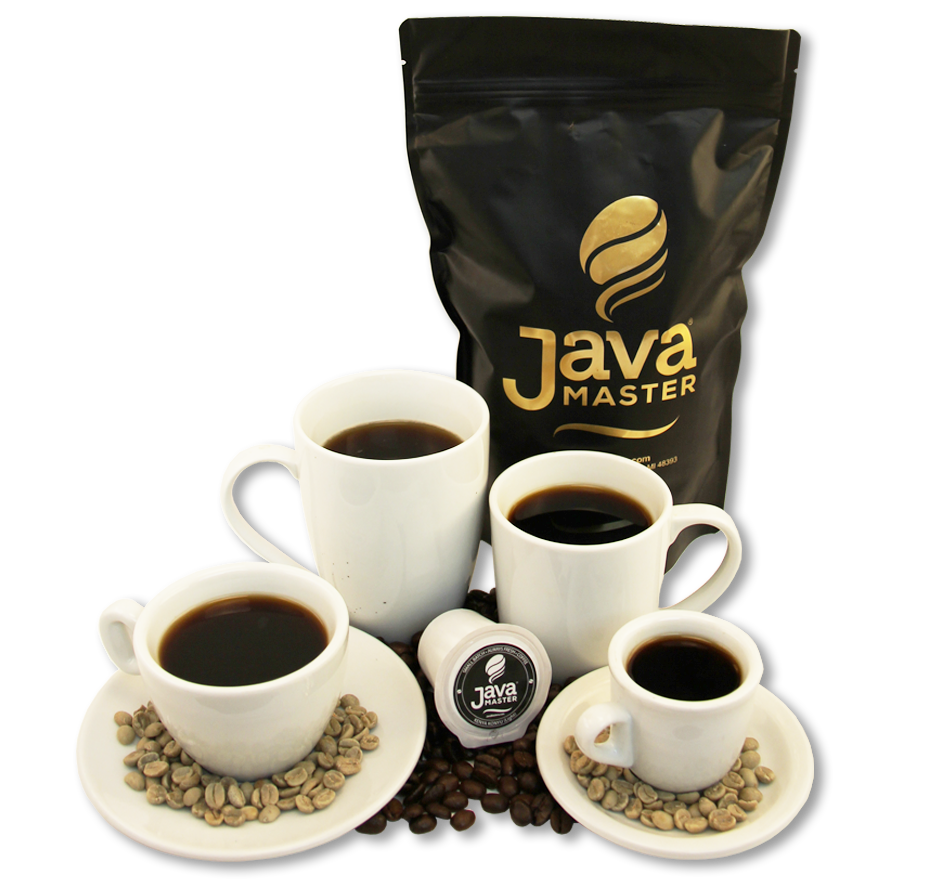 The price of Fairtrade coffee is still more expensive. “But it is a fair price,” emphasises his daughter, Kathleen. “Fairtrade Belgium guarantees farmers a minimum price: with a good harvest – when the offer exceeds demand – they are not paid a lower price.” “That is also what dairy farmers and pig farmers want here in Belgium,” adds Wim. “They make a loss if they’re paid market prices. This situation cannot last. Unfortunately, there isn’t much solidarity on this side of the globe.”

Java chose for Fairtrade Belgium because of the double checks, by the cooperatives and by the importers. “The system is guaranteed to be correct: if you cheat, you’re out. For instance, for many years we purchased coffee from a Congolese cooperative that was run by a Belgian. A local manager was appointed a couple of years ago and moved the office to the capital. The result was that the cooperative was being managed from too far away. Three years later everything was neglected and Fairtrade Belgium decided to stop working with them. This is essential to me: the system must ensure that the money ends up where it belongs. Fairtrade Belgium is also the only organisation to guarantee a minimum price. Dutch UTZ (2), for instance, pays coffee farmers slightly more than the global market price, but if that price is very low, this little extra is not enough to survive. In Belgium we tend to set aside savings for lean times, but in the South lean times effectively mean there is no food on the table. I believe it is very important that the cooperative’s money is spent on the right things, that a council decides how much is paid to the farmers and how much goes to other projects that benefit the community. And that money is invested in both technical training about coffee cultivation and in education. This stops young people fleeing to the city with the idle hope of finding a better life there.”

For Wim the choice for fair trade is an obvious one. “I think it is because of the values that we were taught and because of our belief that wealth should be shared better between the North and the South by paying a fair price for what people produce. Over there people are happy if they have food; here a nine-year-old has a smartphone. My son Pieter visited SOS Children’s Villages in Brazzaville recently. It made a deep impression on him. If you hear all these stories, you become aware of how well we live here.”

Has he visited any plantations himself? “I have visited some. We do so when we get the opportunity. The coffee association organises a study trip every two years. In Guatemala we visited Fedecocagua where coffee beans are centralised by one cooperative. They are washed, dried, sorted by size, cleaned again and put into bags. Then, a truck is loaded for the journey to the harbour a few hundred kilometres away. They have lost the truck and the cargo to thieves a couple of times already.”

These problems come on top of other challenges that farmers face. For Java this is one more reason to work with Fairtrade Belgium. “Since the 1980s, Fairtrade Belgium has done an impressive job. It learned from its mistakes and achieved successes. Initially, it was not easy to find the ideal coffee at the right time. Now, processes are more stable; its marketing technique is good. The name is more widespread and the product range has expanded.” Still, Wim believes, cooperation could be improved: “You have the Fairtrade Belgium foundation. In addition, there is a limited liability cooperative, a Board of Directors, the operations itself, etc. Considering that more than 30 roasting houses sell Fairtrade coffee, roasting houses have for years asked to have a representative of the coffee association on the Board to be involved in the decision making and to directly communicate with the roasting houses. Fairtrade Belgium has refused to meet the demand so far. We could think of joint commercial activities, for instance on Open Company Day.” 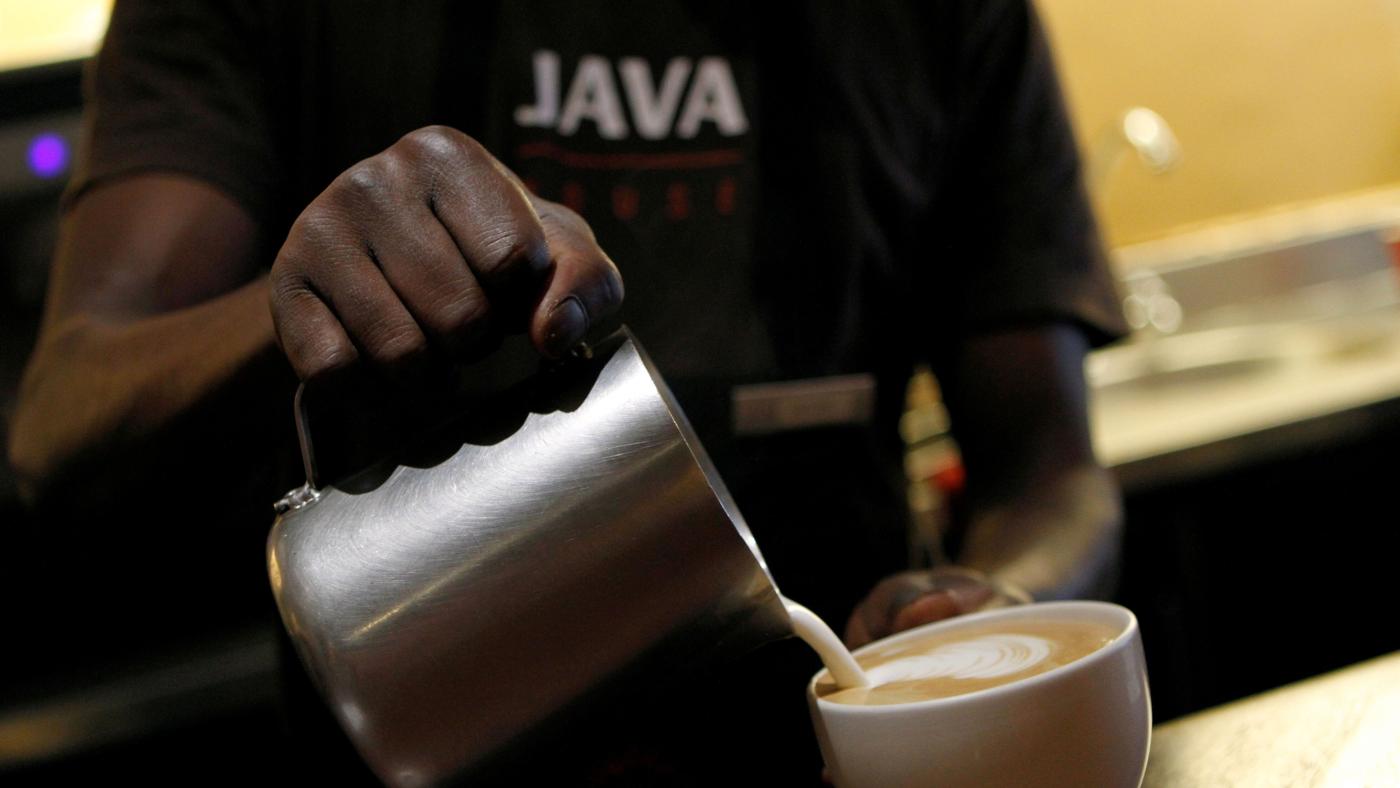 Wim believes only a limited number of consumers is willing to buy fair trade. Still, his company tries to sell as many fair trade products as possible. The new espresso capsules only offer Fairtrade coffee, because someone who can afford capsules is able to pay extra for coffee. For companies the story is different still. “Some clients are believers, but when a new purchasing officer is hired or in times of budget cuts traditional coffee is purchased again. Then, only the price counts, not ideals anymore. You have to be willing to do your part.” But for Java they are not hollow phrases. Java aims at sustainability in-house too. The coffee machines on the workfloor offer Fairtrade coffee. That way, the 320 staff members pursue values that they have chosen for. Java also applies sustainable ideals in production and packaging. The new roasting facilities consume little water and electricity and recently Java started selling climate neutral coffee. One more step towards an ideal world.

(1) We write “Fairtrade” only when referring to the specific label of Fairtrade Belgium or for ingredients or products that have that Fairtrade label. Otherwise we write “fair trade”.
(2) UTZ Certified is a sustainability label, not a fair trade label.