Each category manager is called upon to develop and integrate fair trade products into its range.

When you ask Carrefour about fair trade products, the reply is: What do you mean by fair trade products? After all, the supermarket chain does not approach fair trade as a separate product range. Products originating in both the South and the North should be made with respect for the producer, the planet and the customer.

For instance, fresh products of quality retailer Carrefour must be produced in accordance with its specifications. This includes a good price paid to the producer for the product, the arrangements made with suppliers, the healthy breeding of animals or growing of plants, and the quality guaranteed to the customer. Allegedly, Carrefour is the first Belgian retailer to invest in local produce. Reducing waste and sourcing as few products as possible from the other side of the globe are part of its CSR (1) policy. Local producers are established near an existing supermarket, do not have more than ten employees and must not depend for more than 10% of their turnover on Carrefour. In Belgium, Carrefour works with 600 local producers who themselves may decide the difference between their purchase and sales prices.

In the conventional meaning of fair trade, Carrefour offers some 400 products, most of which under its own brand name; another part consists of products with a Fairtrade label such as Ben & Jerry’s. Communication officer Baptiste van Outryve says Carrefour launched fair trade a couple of years ago, but that the real boost came later. “We have now reached cruising speed but we are not there yet. Supporting supermarkets that we manage ourselves towards fair trade is easy, but our franchises still need to be convinced. Our supermarket in Herent is the best example of successful fair trade implementation in a franchise. The franchisee of Herent and our fresh produce manager visited Peru and met with banana producers there. He has become something of an ambassador and passes on the message to other supermarket managers.”

Carrefour’s fair trade product range is developed in consultation with Fairtrade Belgium (formerly Max Havelaar). “We regularly work with the organisation to jointly set up actions and discuss developments. We have a good understanding. Together we look for opportunities, which products of national brands can create an added value to our product range and how can we offer our customers more choices by expanding our own fair trade product range. We recently launched fair trade expresso machine coffee capsules under our own brand name, the only CO2 neutral ones in Belgium.”

Carrefour does not have a fair trade officer; instead, each category manager is required to develop fair trade products and to include them in the product range. They are in direct contact with Fairtrade Belgium. “Of course, we facilitate these efforts through internal support staff, but the category managers are responsible for the scope of their product range. They negotiate on prices too. We are not 100% sure yet – and we consider this supermarket by supermarket – whether to put fair trade products in their own aisle or with the products they belong to. In most supermarkets, especially in the franchises, fair trade coffee is put with other coffees, etc. It is a way to reach more people than only the early adopters. When introducing a product it is interesting to have a specific aisle, but it makes sense to eventually have all fair trade products in the appropriate aisle, where the customer will look for them.” 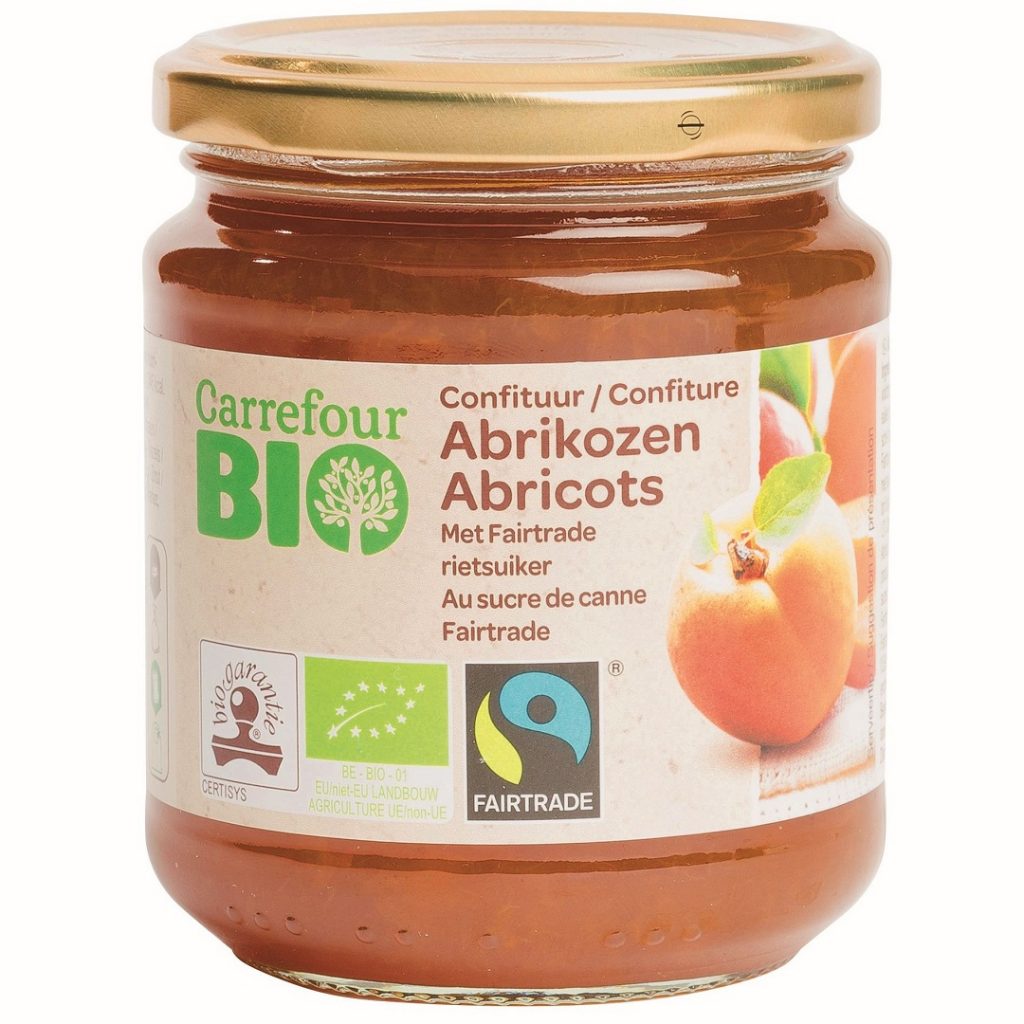 Today, it seems unthinkable that a large supermarket chain would not sell fair trade products because fair trade is booming business. This is not only good for the image. Fair trade may also be less prone to the fluctuations of the financial climate. At least this is what Baptise believes: “In principle, we don’t take extra margins, but still fair trade products create added value. For Carrefour, for the producer, for the customer as well as for the retailer, who can take a higher margin because these products are less affected by heavy competition and price wars. Of course, this should not be the driving force behind fair trade, but fair trade offers an added value for all parties. In everything we do, we have always pursued respect for people and the planet. It may be a little known fact but Carrefour was among the first to work with food banks in Belgium some ten years ago. We are the second largest retailer in the world and are often seen as the big bad wolf that squeezes out producers. However, most of our producers will tell you that Carrefour is very respectful of them. Of course we heavily negotiate with multinationals, but we are definitely not the worst ones. I believe that we, as the second largest, have a model function.”

Does the attention that Carrefour pays to producers in the North also lead to concrete arrangements on minimum prices? “We are breaking prices in sales, not in sourcing. We do few in & outs (2), i.e. responding to an opportunity and dropping the supplier a few months later. All our contracts are long-term contracts. Often they are genuine partnerships, where we invest in producers, which eventually is beneficial to both. For instance, for decades we have worked with stock breeders. When they had a setback and did not achieve their quota, we continued to work with them. If we respect the producer, and aim for the best way to produce meat or vegetables, we will improve our product and keep customers happy.”

According to Baptiste, customers choose the Fairtrade label because it is a reference and because it stands for concrete results. “The effect is immediately visible to producers thanks to local projects, such as education or water supply in villages. It is not a gift but a partnership. We pay the producer a good price for a quality product. The price negotiations are not key but the fairness is. The good thing about the fair trade system is that most of its products are used on a daily basis, such as chocolate spread or rice. We have a broad range of products. For instance, we also sell baby grows made of organic and fair trade cotton. One more reason for us to work with Fairtrade Belgium is the fact that customers know the logo. The name change from ‘Max Havelaar’ to the more standard ‘Fairtrade Belgium’ was a very good move, because the story of Max Havelaar is a Dutch story that is actually less familiar to Belgians. In the south of Belgium more advocacy work still needs to be done, but fair trade is gradually gaining momentum there too.”

(2) The term here refers to concluding a contract with a supplier and terminating it soon after.