PrevPrevious publicationA pioneer in community-based tourism: Ecuador
Next publicationJoker: sustainability is no longer the preserve of hippiesNext

My dream: a network of wereldcafés throughout Flanders

While sipping a Mongozo, a small African fair-trade banana beer, Peter Raymaekers lifts a corner of the veil on the guiding principles of Wereldcafé Leuven, a unique concept that has in fact been in existence for ten years already. The secret of this success? The surprising alliance between a company in the form of a cooperative and an association supported by almost ninety volunteers. 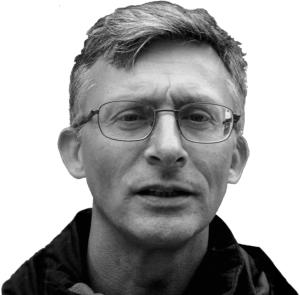 For one year, the founders brainstormed, reflected and developed vision plans. In 2004 the Wereldcafé opened its doors in the Bondgenotenlaan in Leuven, says a proud Peter Raymaekers, chairman of the board of directors. “The idea came from a co-founder who was inspired by a fair trade coffee bar in Canada. His goal was to introduce the concept in Leuven. The basic principles we laid down then still apply today: in the first place, we want to sell fair trade products from the South, but in an accessible context such as a café-restaurant”.

“For our dishes we work together with social economy companies, among others.  For example, the De Wroeter Day Centre in Kortessem supplies our quiches. The employees of De Wroeter cannot work in the regular circuit and are financed as a labour care project by the Flemish Agency for Persons with Disabilities” Raymaekers continues. “At activity farm De Brabander from Kersbeek-Miskom, the bread is prepared that comes on the shelf in the World Café.

One of the volunteers is a member of the Leuven Beer Therapists and is responsible for the exclusive beer menu, which is always supplemented with a few beers of the month. The fair trade beers and local Belgian beers on the drinks menu are regional products with their own story. For a Stella or a Jupiler you can’t go to the World Café, but a fresh Anchor, the house beer of a brewery in Mechelen, is always on the menu”. 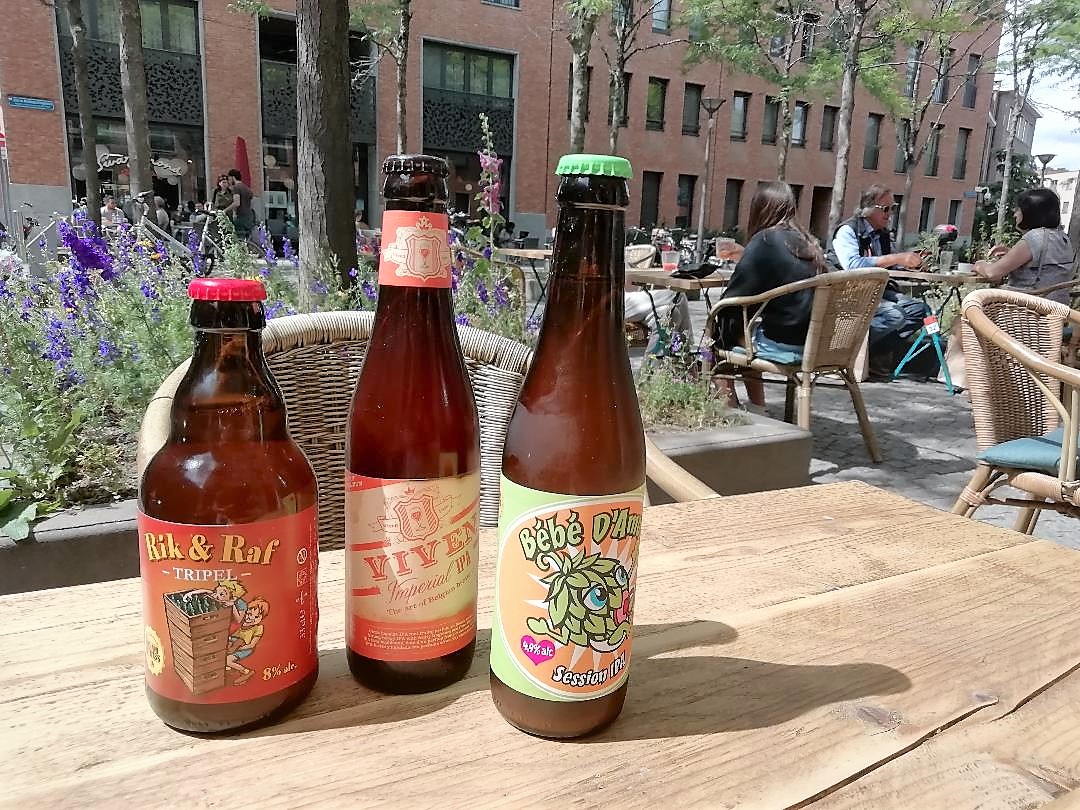 Volunteers as the foundation of Wereldcafé

Fair trade products, regional beers and tasty, simple dishes: at first glance, the concept is not revolutionary. What makes the World Café unique in its kind is the company form. It was established as a cooperative in which shareholders have a say. “180 partners have contributed a combined capital of 90,000 euros and the general meeting decides which direction the World Café will take. They do not receive a profit distribution. Although it is not easy to make a lot of profit in the catering sector, we reinvest the profits made in the World Café or support farmers (communities) in the South and social economy enterprises in the North. For example, part of our profits went to a cooperative grain bank and microcredit institution of the NGO Hundee in Ethiopia. In addition, we also support actions such as 11.11.11. Even possible tips our volunteers gladly donate to a good cause. They decide for themselves which project the money goes to”.

As a social enterprise, the World Café runs thanks to the commitment and commitment of seven permanent employees and more than ninety volunteers, including members of the board of directors. “The World Café is somewhere between a classic café and a movement,” explains Raymaekers. “We want to provide a meeting place for people and organisations working on sustainable trade and development or on North-South issues. 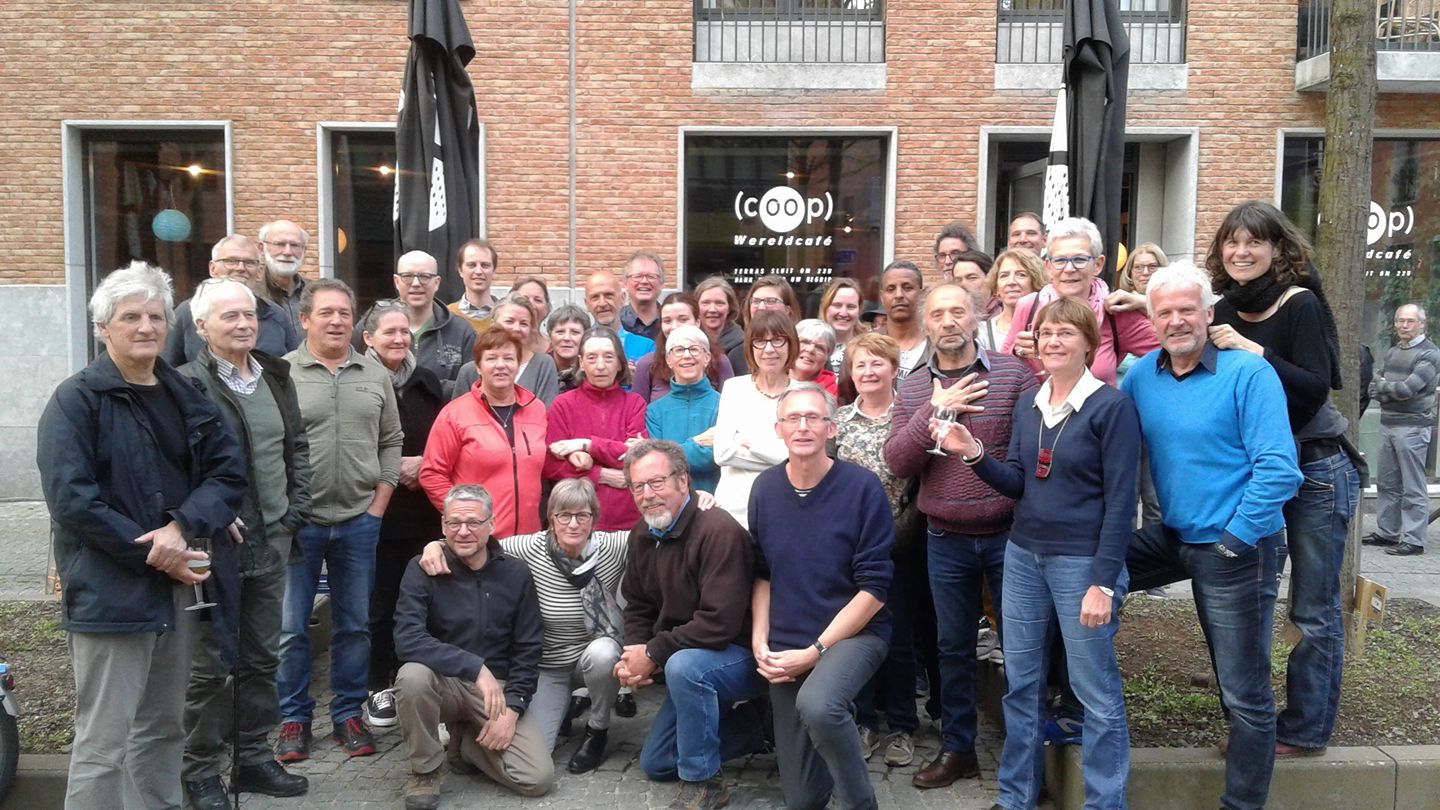 Is it not a challenge to keep finding enough candidates to sacrifice their free time for charity? “After we had to leave our first branch in the Bondgenotenlaan, the World Café was closed for a year. Since its opening on the Joris Helleputteplein, a stone’s throw from the Old Market Square, many partners have become volunteers. Almost every week, young and old come here to lend a hand without having to carry out major campaigns for it”.

Keeping a café-restaurant open five days a week and also organising activities on Sundays and Mondays requires thorough planning. “Our volunteers really do everything, even behind the scenes. They take care of the orders, clean or follow up the bookkeeping. Together with our permanent staff they are the strength of the World Café, because thanks to them we can keep our prices democratic: of course we are not a student café, but our prices are comparable to those on the Oude Markt. For ten euros you get a nice meal here”.

The World Café not only serves a steaming bowl of soup, beers from exotic countries and home-made chocolate mousse, but the café-restaurant also sometimes serves as a backdrop for academic information evenings with guest speakers from, among others, the University of Leuven. At such times, all partners and volunteers are welcome to come and learn about fair trade together. “Not only do we organise these evenings ourselves, other organisations also use the infrastructure to transfer and share knowledge. For example, The Blue Academy and The School for Social Entrepreneurship come here to reflect on fair trade and social entrepreneurship. Furthermore, we sometimes get international students on the floor who are curious about how things are going in a social enterprise”. 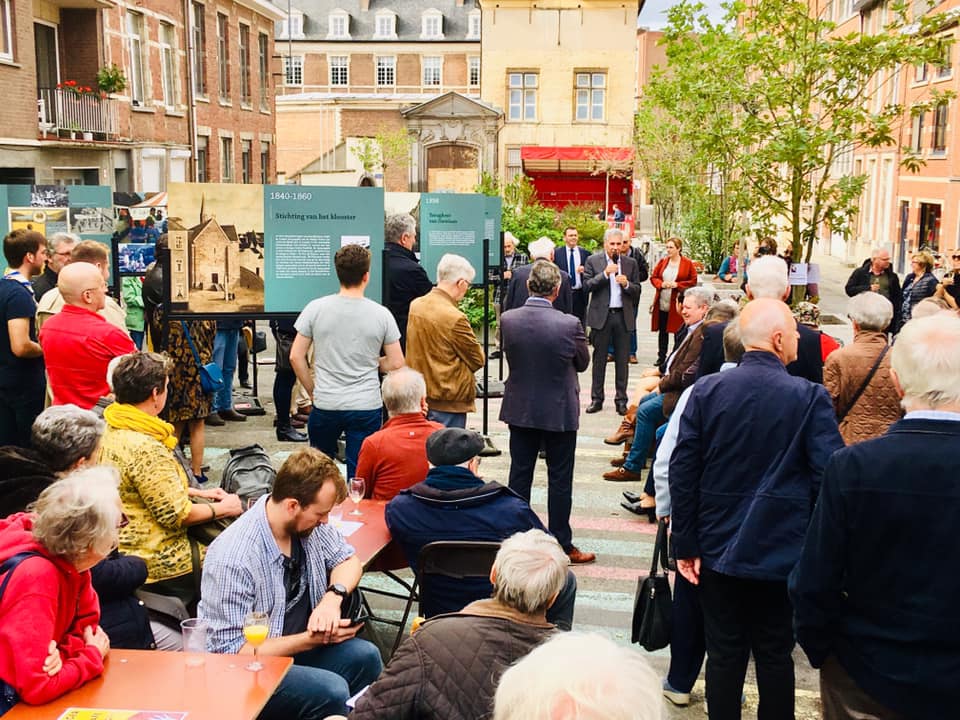 Furthermore, a World Sunday is scheduled every month. Together with a fourth-pillar organisation, the volunteer team keeps the café open for a whole day for the benefit of a project in the South. “An example of this is the street work of the Mobile School in the Bolivian city of Sucre. The World Sunday then raised 2000 Euros, an amount the organisation can use to employ someone in Bolivia for eight months. Among the regulars of the World Café are the Femma naaisalon, KVLV hook and knit café, Amnesty International, the Philosophical Café, poor countries, Okra, Mayong and Kazou”.

Not all small is beautiful

Raymaekers believes in an economy where profit maximisation does not come first, so that shareholders cannot simply relocate or close down companies for the sake of more profit. When we talk about the role of fair trade organisations in a global context, Peter Raymaekers is clear: “On a global scale, fair trade production is just a drop in the ocean. Certificates are issued and checks carried out, but not all small is beautiful: sometimes smaller companies do not have the know-how and the capacity to act in a fairer way. Often it is slightly larger companies that can do this. The message we want to send out is that you can run a profitable business based on social and environmental principles”.

Raymaeker is cautiously positive about the future. “Although the World Café is still small-scale, I would like to see the concept expanded in Flanders. We notice that there is interest and feel connected to foreign fair trade cafés, such as the Weltcafé in Vienna and domestic initiatives such as the World House Bonangana in Sint-Niklaas. The other day, we had Dutch visitors who were very enthusiastic and wanted to start such a concept in Amsterdam. It would be great if a network of World Cafés could be created, just as there was only one branch of the World Shop in Antwerp ten years ago, and in the meantime it has spread throughout Flanders”.