Yeyasso: the small cooperative is now playing in the big league

We wanted to change scale, to improve our performance, our visibility, our professionalism.

After two years of coaching with the consultant Dominique Derom, the results are extremely positive for the Yeyasso cooperative. “We have evolved a lot,” confides its director Yeo Yessongbananan Moussa, and, to say the least, it shows! 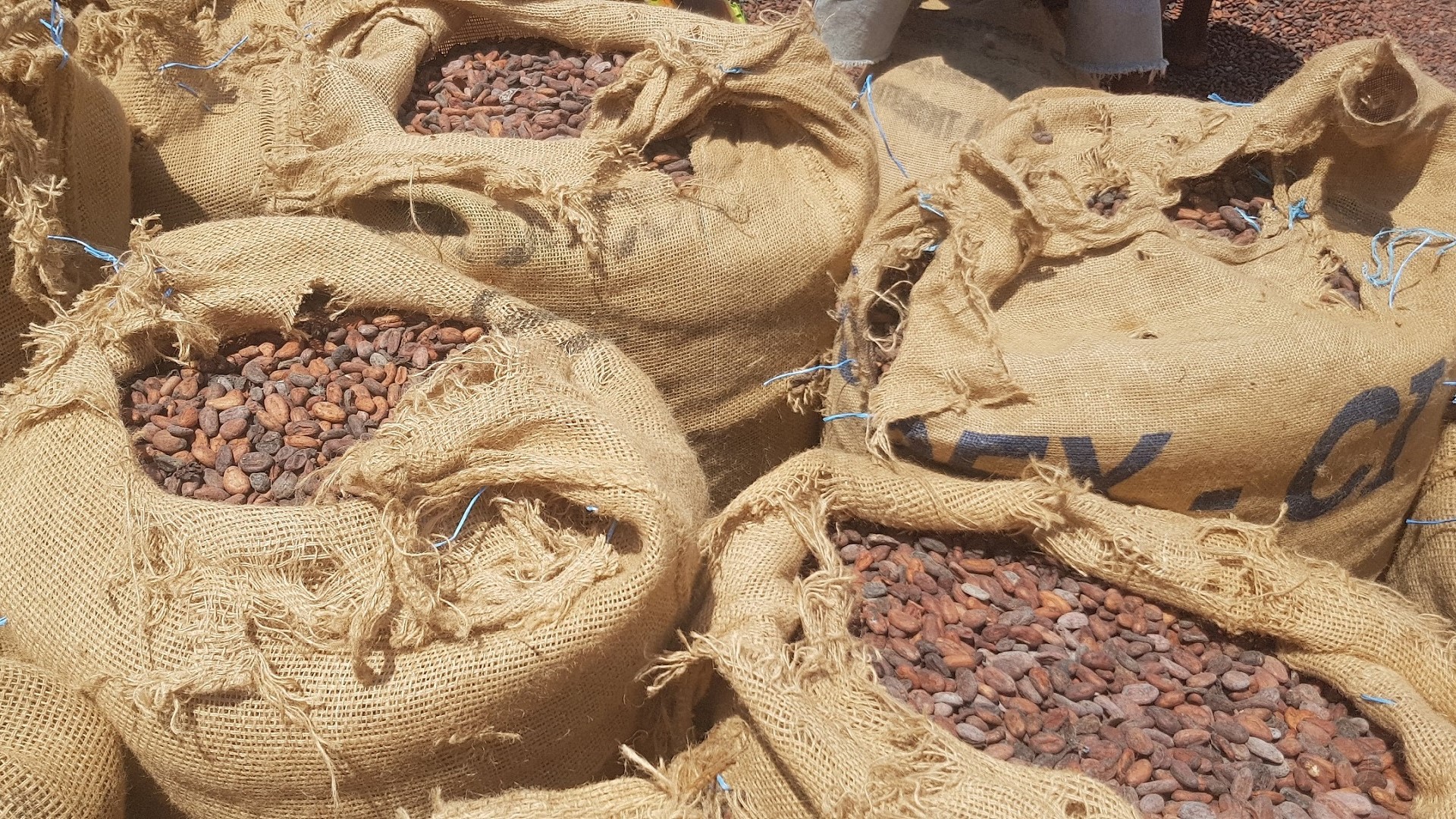 Every great adventure needs a beginning. In 2006, 350 men and women producers from the region of Man, in the west of the Ivory Coast, came together to imagine the Yeyasso agricultural cooperative. The country was then in the midst of a military-political crisis: “It was difficult. We became more professional as time went on. We can say that the cooperative was officially launched in 2012 when the statutes were written”, tells us Yeo Yessongbananan Moussa, director of the cooperative.

Since then, Yeyasso has continued to grow: from 350 at its beginnings, the cooperative grew to 1600 members in 2017, a period during which Yeyasso obtained support from the Trade for Development Centre consisting of two years of coaching: “We wanted to change scale, to improve our performance, our visibility, our professionalism”, justifies Yeo.

Dominique Derom, a marketing specialist on mission for the TDC, will arrive for the first time in Man, in the 18 Mountains district near the border with Liberia, in September 2017. “At that time, Yeyasso had not yet evolved much,” Dominique said. “It is located in the west of the country, a region where the war lasted a very long time causing all kinds of problems. Peace did not really come back until 2013”.

It is not only that, unfortunately: “The year 2016 has been very difficult for us with the fall in the price of cocoa”, explains Yeo. Coffee, which accounts for a little more than a third of the cooperative’s production, is keeping our heads above water. It is in this context that a dozen or so members of Yeyasso embarked on the coaching that they expect a lot from: “We were still small, but we had great desires for development”.

During this first module, the crux of the matter very quickly emerged: “We defined the strengths, weaknesses, opportunities and threats of Yeyasso”, Dominique explains, “And we defined the major points of action for the years to come. One particular point stood out: Yeyasso was isolated. No one was coming because it was too far away”. It takes a day’s drive to get there from either San Pedro or Abidjan. “It’s up to us to move and to have good communication tools”, Yeo, the director of Yeyasso, realized.

A whole range of communication tools are set up over the following months thanks to a budget of 15,000 euros from the TDC: “We have created a website, business cards for administrative staff, work clothes with the effigy of Yeyasso, polo shirts, t-shirts, posters for the general assembly, stickers for vehicles”, Yeo lists, “We have also produced informative leaflets and calendars which are now reflexes since we launched the 2020 calendar on a clean background”.

After this first coaching session, four more will follow in two years with Dominique: “Each time, we addressed a more specific theme defined according to Yeyasso’s needs,” she says. Thus, the second week of coaching at the beginning of 2018 was devoted to the “client approach”. Here too, new reflexes had to be acquired: “We don’t go to a client to complain, but to understand his expectations and respond to them,” Dominique says.

Role-playing exercises to simulate a meeting followed one another but, as often happens, experience comes with practice: “We had never approached a client in this way before, i.e. by asking for information, discussing the export premium. The first test meeting was still chaotic, then the improvement became very clear: “They did much better afterwards and the customers also noticed it, the conversation became pleasant, they now stand out from the other cooperatives”.

The third module aimed to work on prospecting: “We were looking for regional and international partners, but without certification, it wasn’t easy. Cocoa sold conventionally is a bit of a waste as you get a lower price for it. But since January 2020, after three years of efforts, our cocoa is Fairtrade certified, which should ensure us access to new markets,” says Yeo. “We have high hopes for new business partnerships, especially international ones.” 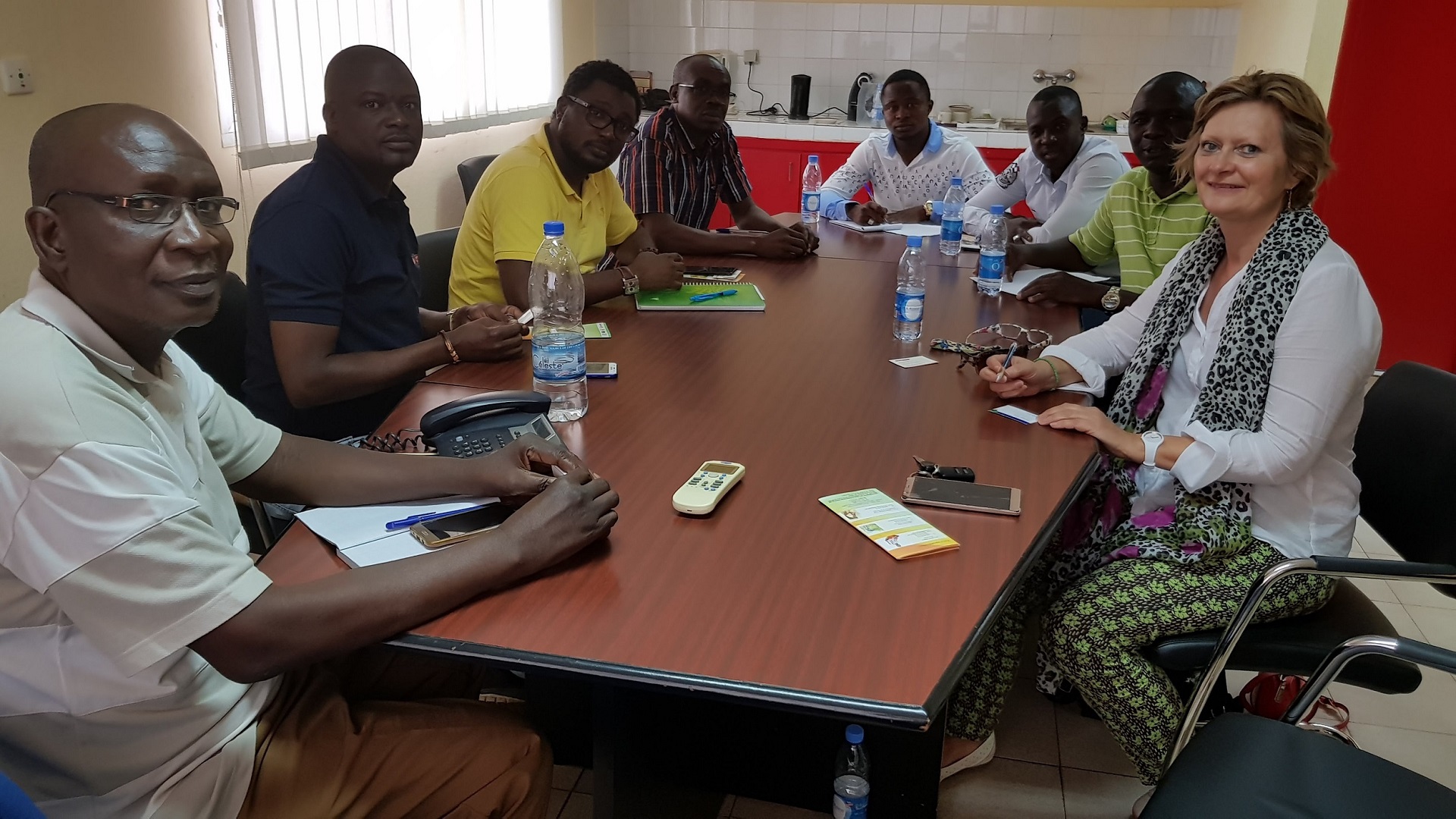 Yeo adds: “We also learned that punctuality is part of credibility, I must admit that we were sometimes late for appointments. Now, our clients congratulate us for arriving early.” Evaluations punctuate the different sessions: “Punctuality has become a major point in their action plan,” comments Dominique.

In 2019, Yeyasso worked on its governance

“The fourth module was devoted to internal communication with producers and communication within the Board of Directors (BOD) and management,” Dominique summarizes. “First of all, we changed the administrative headquarters. In 2017, we were still in a room integrated into the cocoa store, which was problematic for the concentration of administrative staff. Now, we have real offices, quiet, with a meeting room equipped with a video projector, which is pleasant for those who come to visit us. The change alone has been very helpful,” says Yeo.

A plan of action (“national and ambitious”, underlines the director) until 2022 was set up at the beginning of 2019 with the help of Dominique to improve governance, management and communication: “When I came back at the end of November 2019, 80% of the tools had already been implemented”, the coach enthuses. For example? Board meetings now take place monthly (instead of three times a year), the same for the management board with a more punctual follow-up. “We also improved our databases, everyone can now find their way around,” adds Yeo. “Then, we set up analysis, tracking and comparison tables that allow us to better analyze our performance, our revenues according to customers, to budget and to anticipate possible production delays. These new tools are particularly beneficial for the cooperative”.

Operating performance and membership numbers are up sharply

And Yeo notes that yields are improving: “This is the lesson we learned from the drop in cocoa prices. In order for women producers to be able to cope, they need to diversify. The first action in this direction was carried out at the end of 2018 on a plot managed by women farmers where we integrated cassava with a very high rate of return.

More and more producers are interested in joining the cooperative: “From 1600 in 2017, we have now grown to 3820 members, including 330 women. 2749 are in cocoa, 1071 in coffee”, says the director. In two years, Yeyasso has more than doubled its number of members: “Non-members in this region see the social works carried out in the villages where Yeyasso is present: construction of schools, installation of water pumps, school loans or supply of fertilizers. This makes them want to join,” Dominique says. “In addition, Yeyasso has a certified program that sets a premium for the producer. The feedback has been very positive.

The coaching ended in November 2019 on the basis of the success of the project: “We can really see progress. The changes are progressive, but very visible,” Dominique says. “There has been a big change in the way we behave, in the way we conduct our business. Dominique’s advice has made us more professional, in a progressive way, and we can clearly see this evolution in relation to our action plan,” says Yeo.

Two distinctions have also supported these results and rewarded Yeyasso’s many efforts: two years in a row, the cooperative was elected best in its regional category. “Two years in a row, it’s unprecedented,” rejoice coach and coachee. Now, Yeyasso has moved up to the national category and has the ambition to be in the top 20 of Côte d’Ivoire. “This brings Yeyasso closer to the top African cooperatives,” adds Dominique.

Great challenges for the future

But we should not stop there! Great challenges lie ahead for Yeyasso. First of all human resources, stressed Dominique, which, according to Yeo, need to be improved, with the appearance of new functions (communication or project management, for example) in the administrative team. Special attention is also given to gender: “We want to give everyone a chance,” the director said. 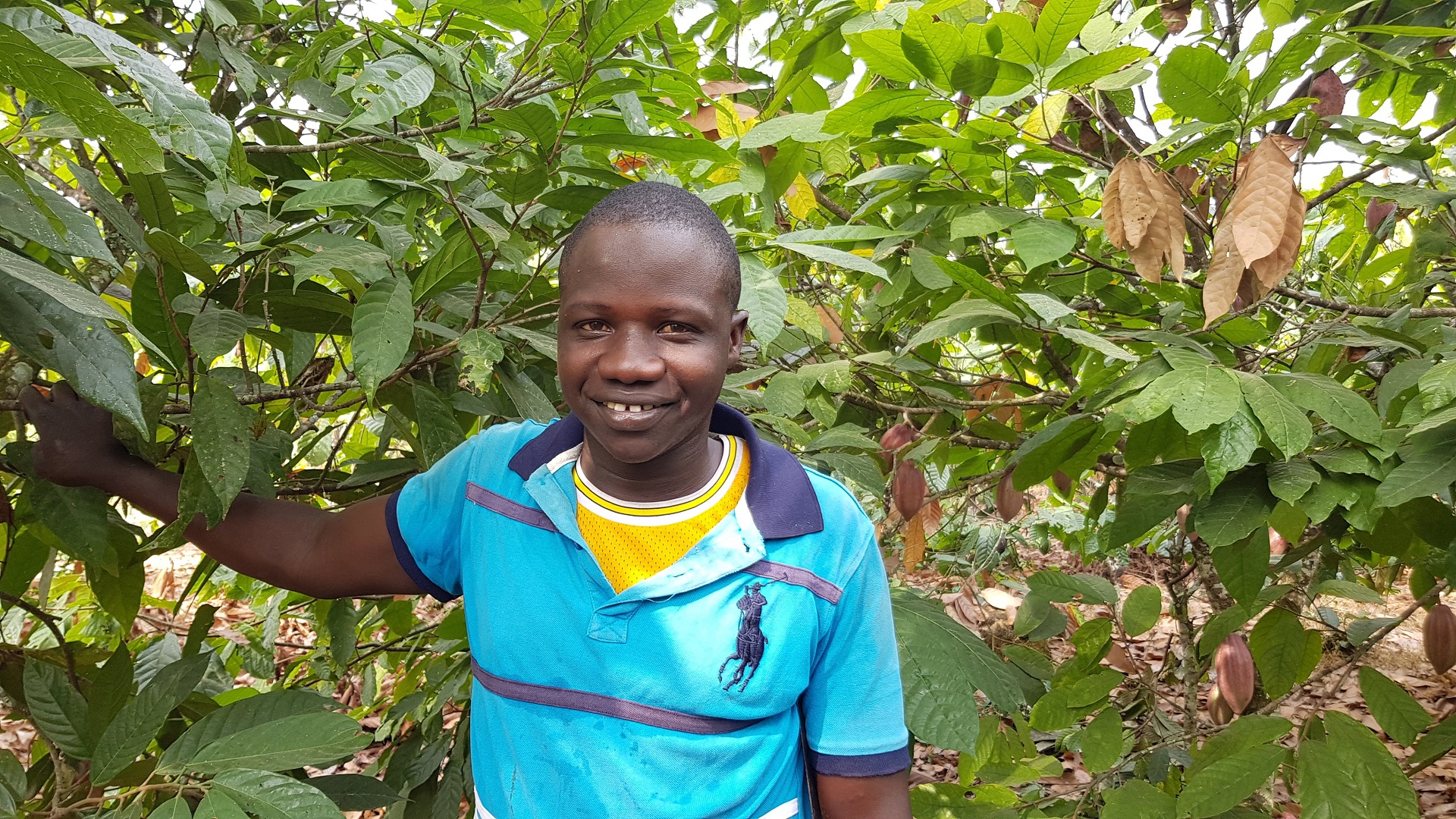 Another major challenge is to continue to increase output from the current 5,500 tonnes to 7,000 tonnes by 2022. This will be achieved by continuing to train farmers via trainers: “One thing is to follow the training courses, another is to apply what you have learned”, says Yeo, “16 people are now training in good agricultural practices in the field”. Yeo also dreams of being able to digitalise the payment of producers: “Transporting money is dangerous in the region. Moving to mobile payment would be very useful for us”, Yeo comments.

The last important thing about money. For Dominique, an enormous challenge, which concerns investors, remains the financing of the cooperative: “At the moment, Yeyasso only has a small cash fund, but it is not enough to be autonomous and to finance the working capital of a cocoa campaign. If the cooperative had more financing, it could buy and sell more quickly between October and December when demand is highest on the export side. For the time being, trade is done truck by truck. It’s difficult to access financing with banks, and it’s very important that investors at the local and international level hear this”. 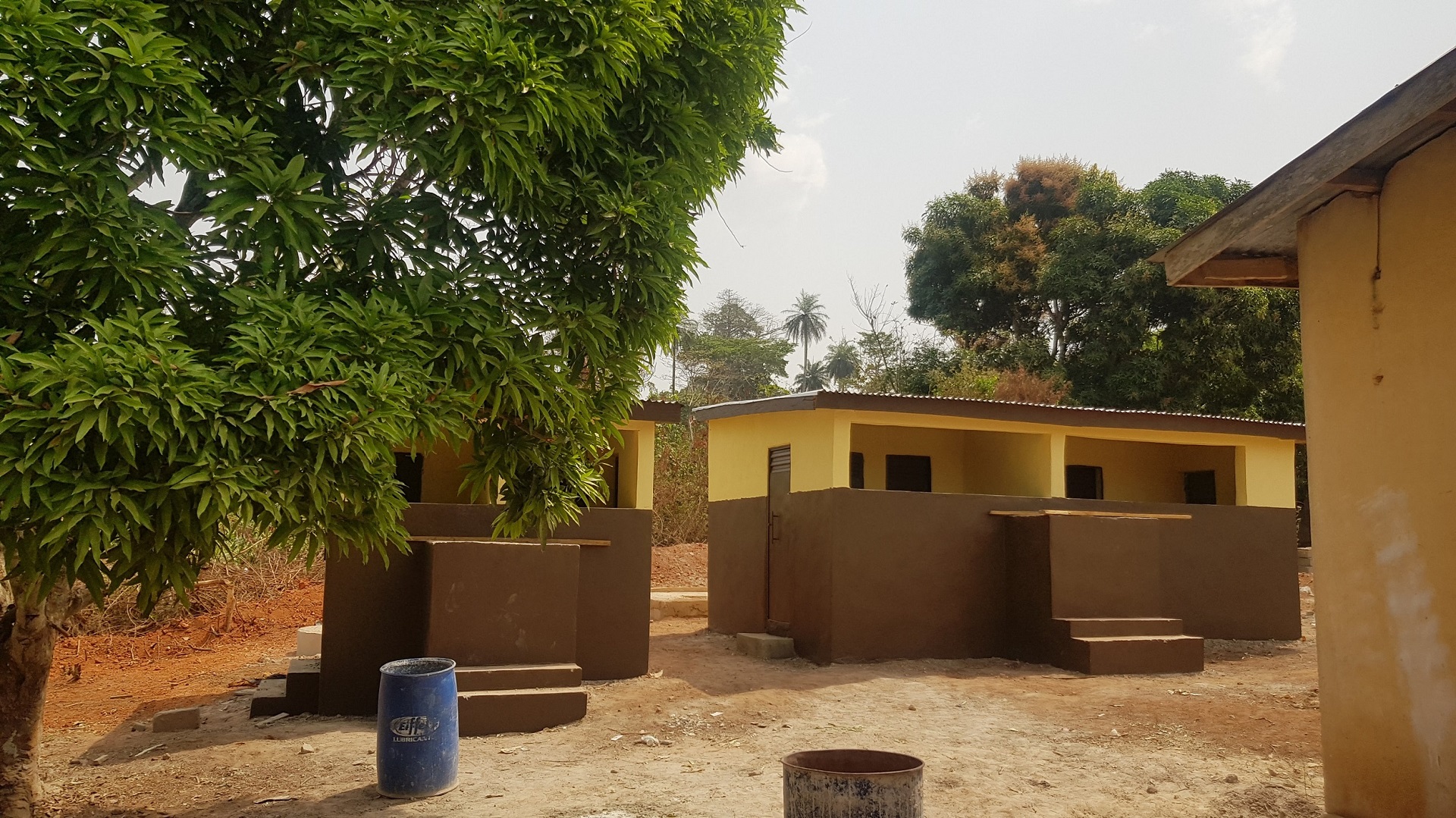 Interview by Charline Cauchie for the Trade for Development Centre.