When Didier Clarisse and his wife took over an artisanal waffle bakery, they wanted to expand the business, but it soon became clear that a large industrial business was not their piece of cake. Instead, they ventured into a quality approach. After exploring the market they switched to organic waffles and shortly after to fair trade too. 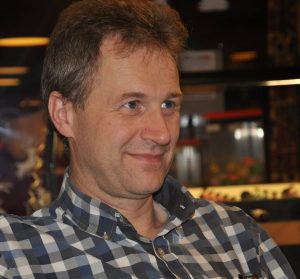 Dimabel produces fine gallets and waffles using vanilla, chocolate and sugar. Didier’s father had a poultry business. Didier himself stayed in the sector and started a wholesale egg business, which he expanded with dairy products, cream and cheeses. When one of his regular customers told him he wanted to sell his artisanal waffle bakery, Didier and his wife decided on a buy-out because “the recipes were great and the waffles were very tasty”. Didier and his wife considered what they could add to the traditional waffle range and started with sugar-free waffles. Two years later they switched to organic products. Soon after, they realised that their high-quality product should be fair trade too. First, they only purchased fair trade sugar cane, but soon chocolate and vanilla followed. Didier: “It creates an added value and meanwhile we support smallholder farmers abroad. That is our goal: Operate sustainably with organic products and support local communities”.

Didier contacted Oxfam, but Oxfam products need to have 50% fair trade ingredients. “We ran tests for a couple of months to obtain 50% fair trade recipes, but unfortunately we did not succeed. At the time, the right ingredients were simply not available on the market. But that was fifteen years ago; now the offer is broader.” Didier then contacted Fairtrade Belgium (still called Max Havelaar at the time), which informed him about the conditions to obtaining the label. Ingredients need to be purchased from certified suppliers who in turn source from recognised producers. “The circle is closed. Our suppliers are recognised by Fairtrade Belgium and so are we, and the products carry the Fairtrade logo. This creates a tight system. Fairtrade Belgium inspects us every year. They assess our volumes and check whether the quantities of ingredients purchased correspond with the products manufactured and vice versa.”

Under the Fairtrade label only 20% of raw materials need to be fair trade. “This is a more realistic percentage. Many ingredients simply don’t fit in the picture. After all, this is about what we can do for the South.” In fact, the waffles are Fairtrade labelled just because fair trade cane sugar is being used, but Fairtrade Belgium asks manufacturers to also opt for fair trade for other ingredients. “That is why we started with fair trade chocolate and vanilla. Fair trade vanilla is very hard to find though. This year’s harvest was poor because of various diseases.”

The vanilla used by Dimabel is six times more expensive than ordinary vanilla because it is both organic and fair trade. “We want to make things better. We go back to the 1950s, to the pure, great taste of yore, by choosing ingredients with no chemical additives. It is more expensive, but my philosophy is: better to eat one great waffle that gives you satisfaction than five waffles that are made of thin air. Our waffles are loaded with natural tastes.” 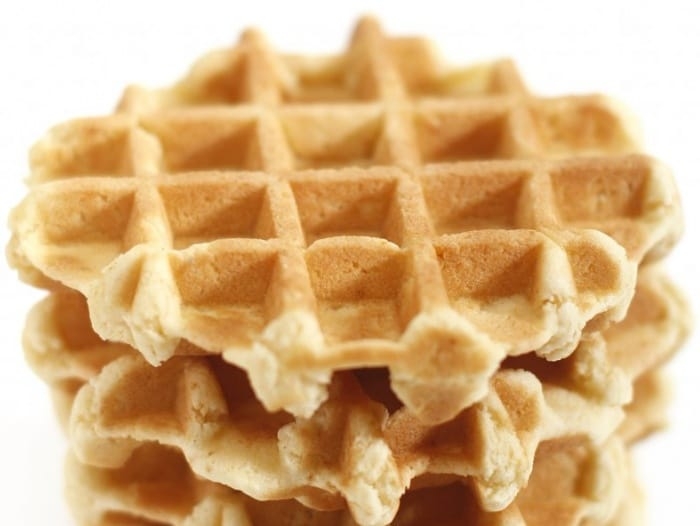 The cane sugar used at Dimabel primarily comes from India and Paraguay. The chocolate used is Belgian chocolate sourced primarily in subsaharian Africa. “For obvious reasons, the precise location is not disclosed, but every invoice has the required certificate number. The inspecting body works very correctly. It visits us, checks whether we purchase our ingredients from recognised suppliers and also checks on them.”

Didier’s prime reasons for using fair trade ingredients are the control on child labour and the certainty that a fair price is paid for the raw materials and that smallholder farmers benefit. “Affiliation to Fairtrade Belgium is expensive, but without an organisation such as this a small manufacturer cannot take part in such a system. A large business such as Callebaut has set up its own fair trade system, but smaller businesses depend on others to organise the whole value chain, the support and the trade and to develop relations.”

Dimabel waffles are sold under the Biscovit brand or under private labels in health food shops and Bio-Planet supermarkets. France and the Netherlands are the main export destinations, and the German market is expanding. “It is very important to find the right customers. Some place orders with us just because demand for organic and fair trade products is on the rise, but if they don’t genuinely believe in the concept, cooperation will not last. Foreign markets are primarily explored through trade fairs. In the early years we mostly went to trade fairs that targeted organic products, but now we prefer the broader sweet trade fairs. Over the past fifteen years we have seen how organic and fair trade products have gained a share of the market.

Every hour some 8,000 waffles are manufactured. Still, Didier considers his business semi-artisanal. He has a good team of eight people. “Even with the economy doing so poorly, our turnover is on the rise and our organic and fair trade share increases by 10 to 15% every year. There is huge potential in catering, schools, companies and the retail sector still. Awareness is present, but many don’t make the switch yet. Of course, there is the extra expense. We have to take this into account and, for instance, make a smaller product but at a competitive price. So, eat less, but enjoy more!”