For more than forty years the Oxfam-Wereldwinkels fair trade shops have brought together volunteers to advocate structural changes in North–South trade relations.  “We are pioneers: first, we always try to put the mark as high as possible, and second, we try to convince the public of our story,” says Oxfam-Wereldswinkels director Joris Rossie. 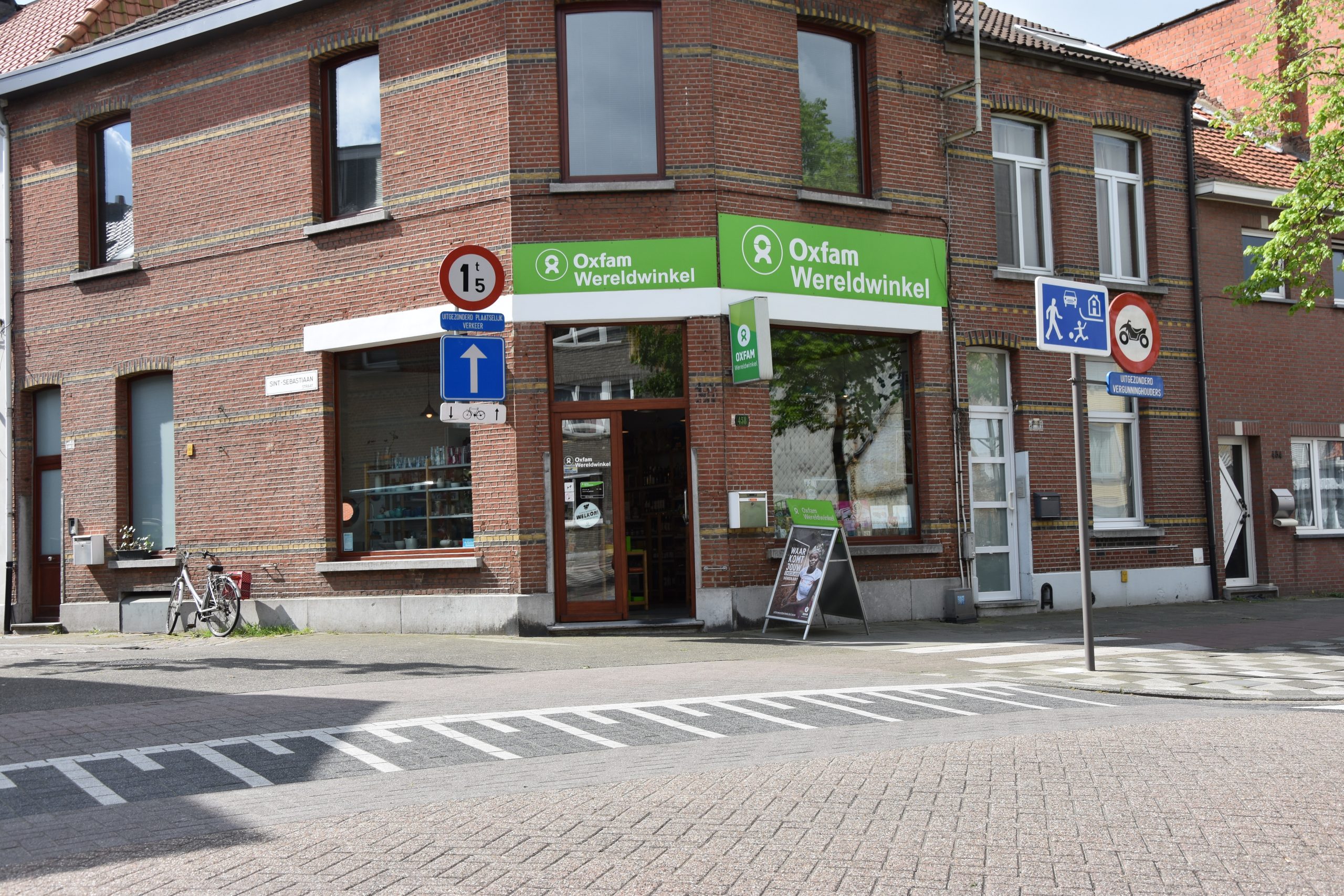 The first Belgian fair trade shop opened in Antwerp in 1971. Other such shops soon appeared elsewhere. Only four years later 31 fair trade ‘world shops’ formed the not-for-profit Oxfam-Wereldwinkels organisation. “In the early years Oxfam-Wereldwinkels principally was a trade-related solidarity movement that did not use any clear fair trade criteria yet. You expressed your solidarity with the Algerian population by purchasing Algerian wine, which was causing many a headache,” laughs Joris Rossie, the director of Oxfam-Wereldwinkels.  “Gradually we became more professional and evolved into a fair trade movement. Now, we sell award-winning wines.” And some 8000 volunteers run 234 Oxfam-Wereldwinkels in Flanders.

“We can help people in the South through fair trade. Fair trade relations imply that the products must be of good quality, so we are able to sell them,” says Rossie. “Often people think that smallholder famers’ cooperatives in the South are not able to make high-quality products. But the contrary is true. You can compare it with small producers in Europe who work in an artisanal way: Their products are often better than mainstream products from large factories.”

Oxfam-Wereldwinkels, Oxfam-Solidarity and the French-speaking fair trade shops of Oxfam-Magasins du monde constitute the Belgian branch of Oxfam International. “We are three separate organisations. Oxfam-Solidarity is a rather conventional NGO which collects funds in the North to finance development projects in the South,” explains Rossie. “The two fair trade retail chains from either of Belgium’s regions mutually assist each other. We, Oxfam-Wereldwinkels, focus on food whereas Oxfam-Magasins du monde is specialised in the import of ready-made non-food products.”

In the late 1990s Oxfam-Wereldwinkels launched its own house brand, Oxfam Fair Trade. “We don’t work like an average company when we develop our own products,” says Rossie. “We look for trade partners who can benefit from a long-term relationship. These are often small cooperatives that are self-supportive but cannot reasonably negotiate with major companies.” 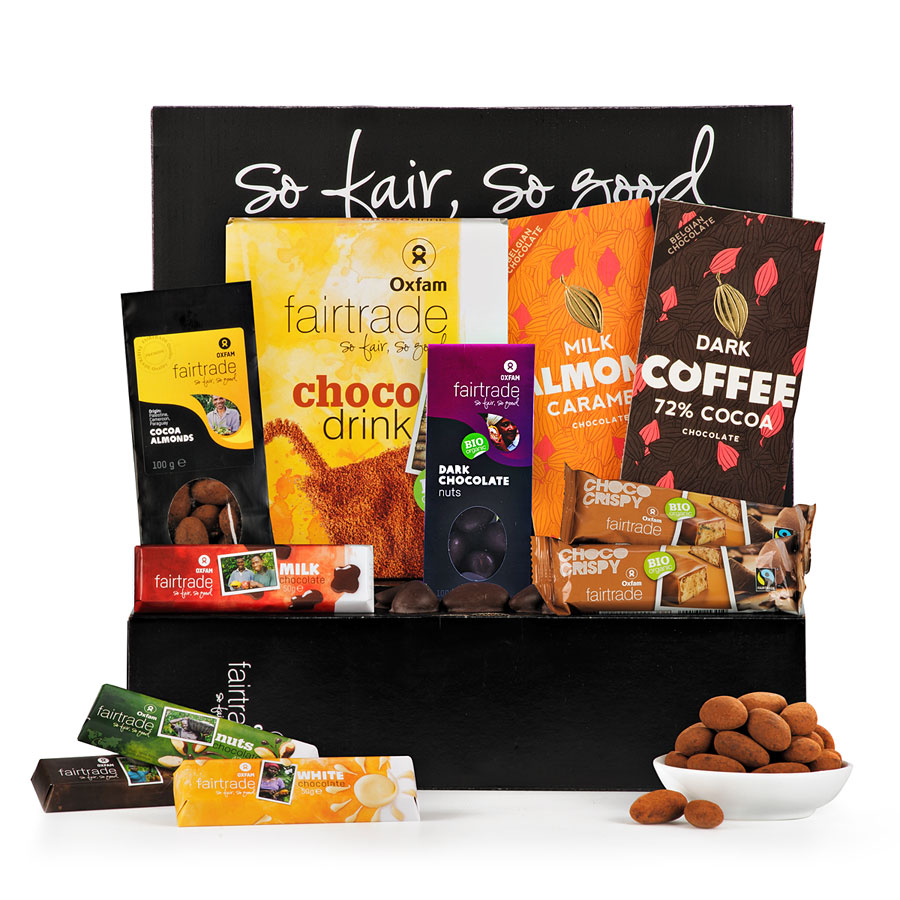 In addition to working with dozens of trade partners in the South, Oxfam Fair Trade invests in smaller, particularly vulnerable, players. “With these partners we set out on an in-depth development path, because they still need a lot of support. For instance, we buy coffee of development partners from the violence-prone Kivu region in Congo. We also provide them with know-how on shade cultivation, how they can boost the quality of their coffee and how best to store their beans. We also train farmers about the advantages of working in cooperatives. We sometimes give development partners financial support to buy, for example, new coffee washing installations.”

“The partner can count on us that we will buy their coffee. Unlike regular companies we accept that there are hard times, that war can suddenly break out again, and we stick to our partnership when there are quality issues,” claims Rossie. “We also try to help them find access to the market. We take our partner and their coffee to other companies in Europe to ask them to directly buy coffee from our partner. That way we in fact create our own competitors, but that is because our real goal is to empower our partner as quickly as possible. Once the partner has become independent, we can look for another small vulnerable partner. All of this may sound a fool’s business model, but to us it is part of our mission.”

Stick your neck out

Several fair trade standards exist. Fairtrade International is the best known among them. “It is the minimum standard we use for our trade partners. When no fair trade criteria exist yet for a particular product or when a development partner works fairly but is not yet administratively able to meet the Fairtrade International criteria, we have volunteers who look into the matter. In the early years, the coffee producer from Kivu, for instance, did not yet have the capacity to meet all administrative requirements. We stick out our neck for these partners.”

Oxfam-Wereldwinkels helped establish the Max Havelaar labelling organisation, which was recently renamed Fairtrade Belgium. Still, Oxfam Fair Trade products will not be labelled Fairtrade anymore. “In the South our producers’ compliance with Fairtrade standards is regularly inspected on site. And we pay an external organisation to check whether we do actually buy our products from inspected farmers. A Fairtrade label tells our customers that these two procedures are effectively applied. I understand this is interesting for a regular company and that companies are willing to pay for this, but consumer surveys show that we do not need this. Our customers trust our brand. In our case they do not ask for a label to be convinced of how fair we are. Instead, they expect us, as an NGO, to invest in our development partners.” 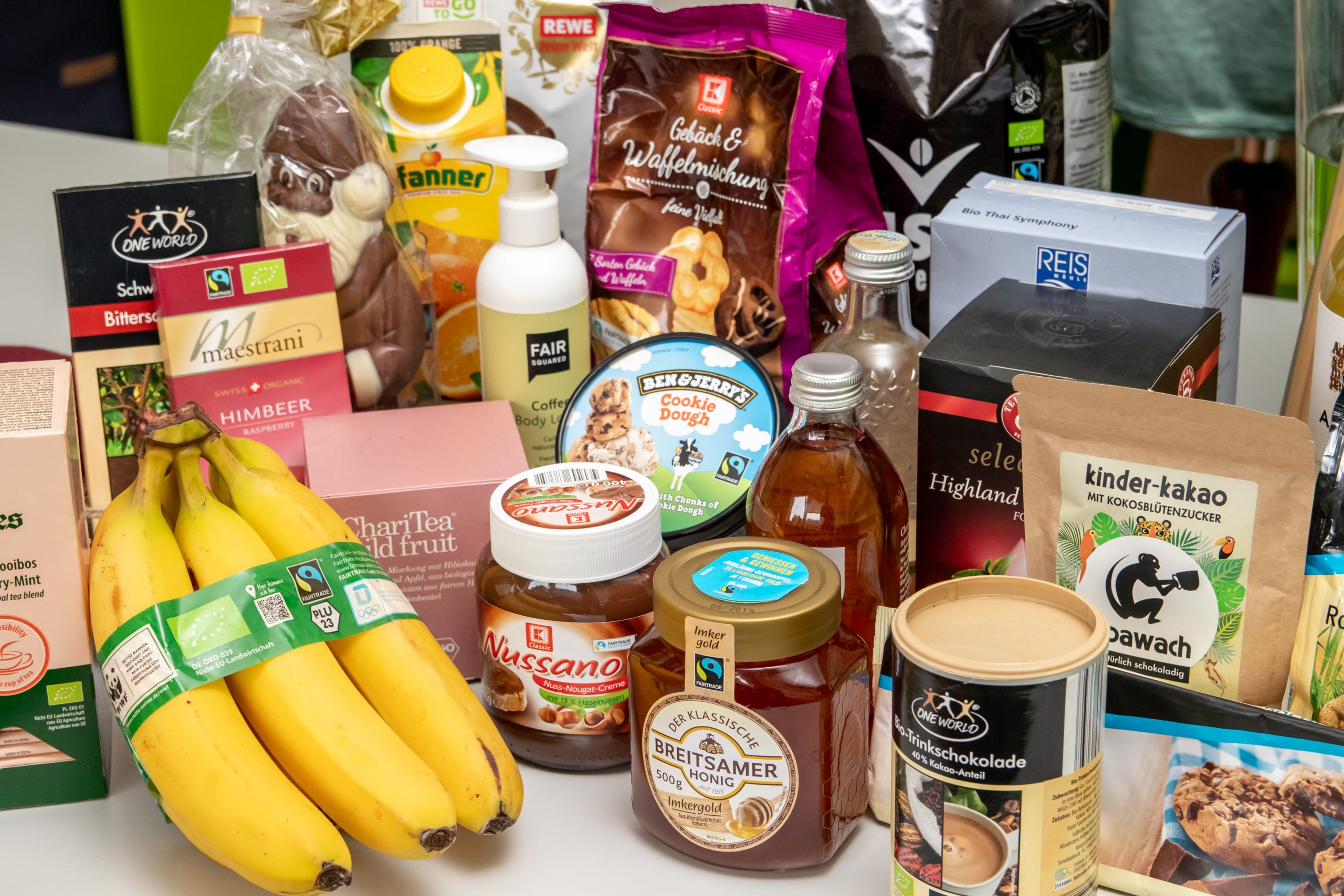 “Also, we sometimes have different opinions about fair trade,” adds Rossie. He refers to the Fairtrade Sourcing Program for cocoa, cotton and sugar which Fairtrade International launched last year. Under this programme a product may carry the Fairtrade Sourcing Program label even if only one of these three ingredients complies with Fairtrade standards. To carry the regular Fairtrade label, the rule is that all ingredients of the product that can be fair trade are effectively fair trade.  For instance, a Fairtrade chocolate bar must contain fair trade cocoa as well as fair trade cane sugar, but under the new programme a chocolate bar may be labelled if only cocoa is fair trade.  “We use a stricter definition of fair trade. As pioneers we have always tried to put the mark as high as possible and to convince others of our story.”

“Oxfam-Wereldwinkels aims to structurally change the trade relations between the North and the South. Europe’s trade policy is still far too protectionist. Duties on imported raw materials such as coffee beans are rather low, but when we want to import a processed product into Europe we have to pay much higher customs duties. This is done to stimulate added value creation – which just happens to be where most profits can be made – in Europe.  We oppose this regulation and believe it should change.  Development opportunities in the South should not be blocked by only allowing raw materials and not processed materials.” 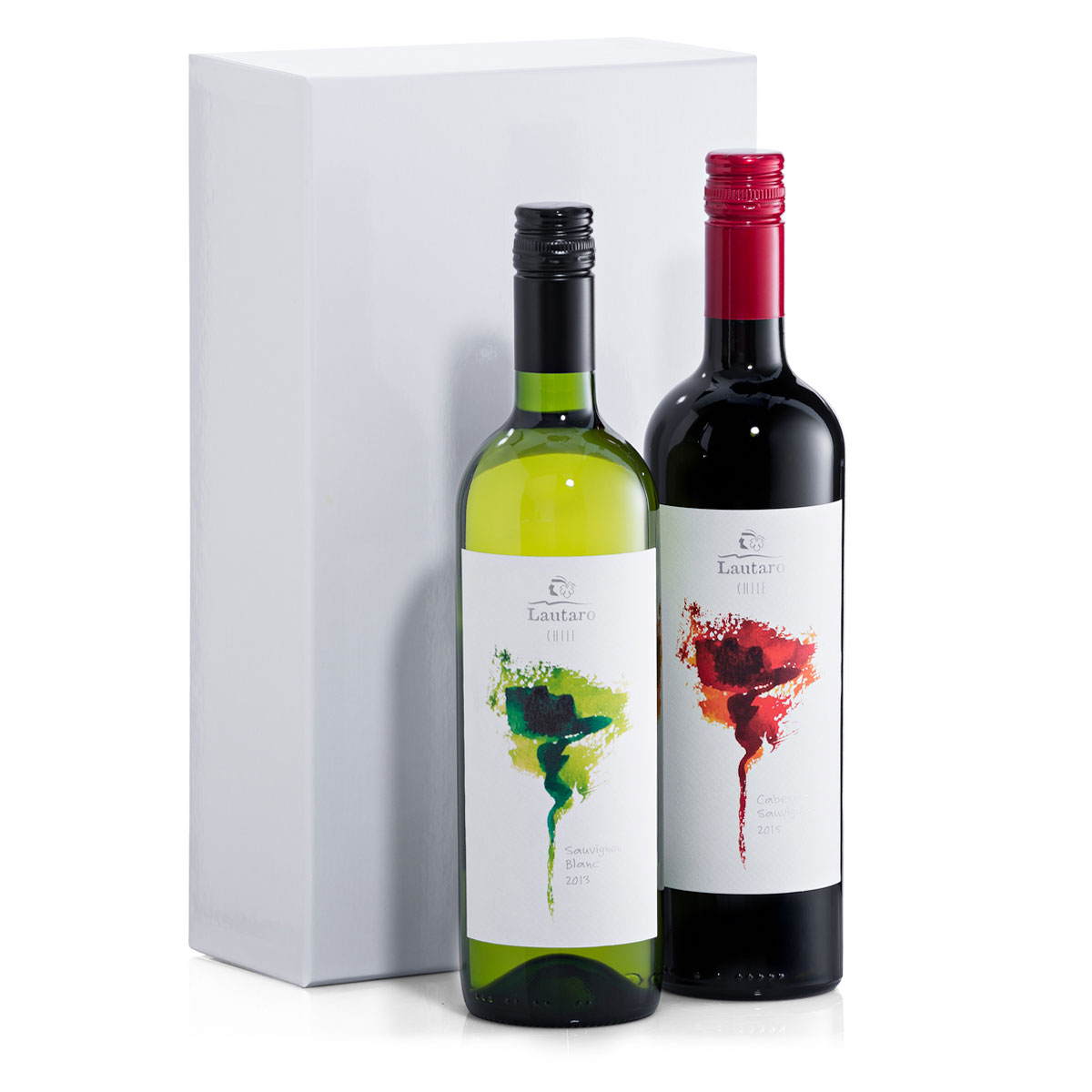 Currently, Oxfam Fair Trade bottles most of its wine in the South. “Other producers usually bottle their wine in Europe. But we create far more added value in the South, which is great of course,” says Rossie. “You may question whether it is ecologically sound to import bottled wine. I must admit it is a tough choice, especially since farmers in the South will be the first ones to be confronted with climate change. But we also want the farmers to develop and not remain suppliers of raw materials forever.  That is where we prefer to create added value for the South.  But our choice is a careful one and we consider the matter product per product.”

The 8000 volunteers are the real driving force behind Oxfam-Wereldwinkels. “We are an organisation of volunteers. Professionals support the volunteers, who are actually our bosses,” emphasises Rossie. “When we started selling our Oxfam Fair Trade products in supermarkets, sales at our Oxfam-Wereldwinkels were affected. Some even wondered whether we had to keep the stores. We radically said we had to keep them. We are an organisation of volunteers that wants to change structures in the world. We do this by campaigning and involving people in achieving our ideal. In our own shops our volunteers, in addition to selling fair trade products, also tell a story. The shops engage people and bring people together. Many volunteers do this several days a week. It is and remains a great model to channel the energy of these volunteers.”

* We write “Fairtrade” only when referring to the specific label of the Fairtrade Labelling Organisations (FLO) – in Belgium Fairtrade Belgium (formerly Max Havelaar) – or for ingredients or products that have the Fairtrade label. Otherwise, we write “fair trade”.