PrevPrevious publicationClarysse: 4 million fair-trade towels
Next publicationFreja Food : Cookies that respect farmers in the North and the SouthNext

When shopping for a fair product, you will usually look for the Fairtrade label. The trade and development organisation behind this blue and green label, ‘Max Havelaar Belgium’, has been around for 25 years. The organisation recently renamed itself into ‘Fairtrade Belgium’. The ‘Trade, not aid’ baseline has not changed though. Still, the organisation has recently broken new ground by launching South–South trade and the Fairtrade Sourcing Program. 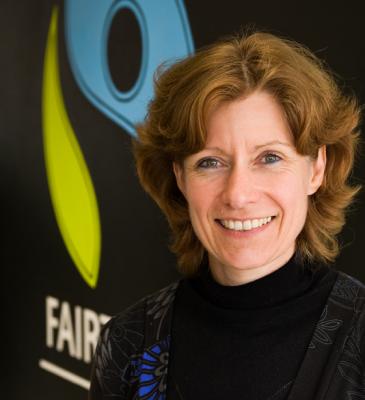 Fair trade originated in the 1960s with the Trade, not aid philosophy. “Let us do business in a fair way with people in the South so they can leave poverty behind. That was the basic philosophy, and it still is today,” says Lily Deforce, General Manager at Fairtrade Belgium. “It is a powerful and simple principle.”

During the first thirty years, world shops were the main engine behind fair trade. In 1989, Max Havelaar Belgium was established by major development organisations such as Oxfam, Broederlijk Delen and 11.11.11. Max Havelaar Belgium aimed to create a system for Belgian consumers to recognise fair trade products. “The goal was to provide market access to more farmers by establishing a broader market in Belgium. The Fairtrade label was a tool to achieve this,” says Deforce.

The Fairtrade label works as follows: “We set strict social and ecological criteria which producers must meet to operate under the label. We provide economic guarantees to balance the effort. First, we guarantee the farmer a minimum price that covers the production costs and in addition the farmers’ cooperative obtains a premium that is invested in the community or in production.”

In the early days only coffee was Fairtrade certified. “Today there are 420 product categories and worldwide more than 30,000 products are certified,” says Deforce. 420 product categories means there are just as many specifications. Specifications describe in detail which criteria the producers must meet. “We have general criteria that apply to all products, but there are also product-specific criteria. For instance, the pesticide rules for bananas differ from those for rice, wine or soy.

Besides Belgium, there are 26 other countries worldwide with a national fair trade organisation. “Together we created Fairtrade International. It carries out tasks that we can do better together than separately, such as supporting producers or drawing up specifications. There is a separate organisation, FLO-Cert, which awards the Fairtrade certificates and carries out inspections. It is our internal police.” 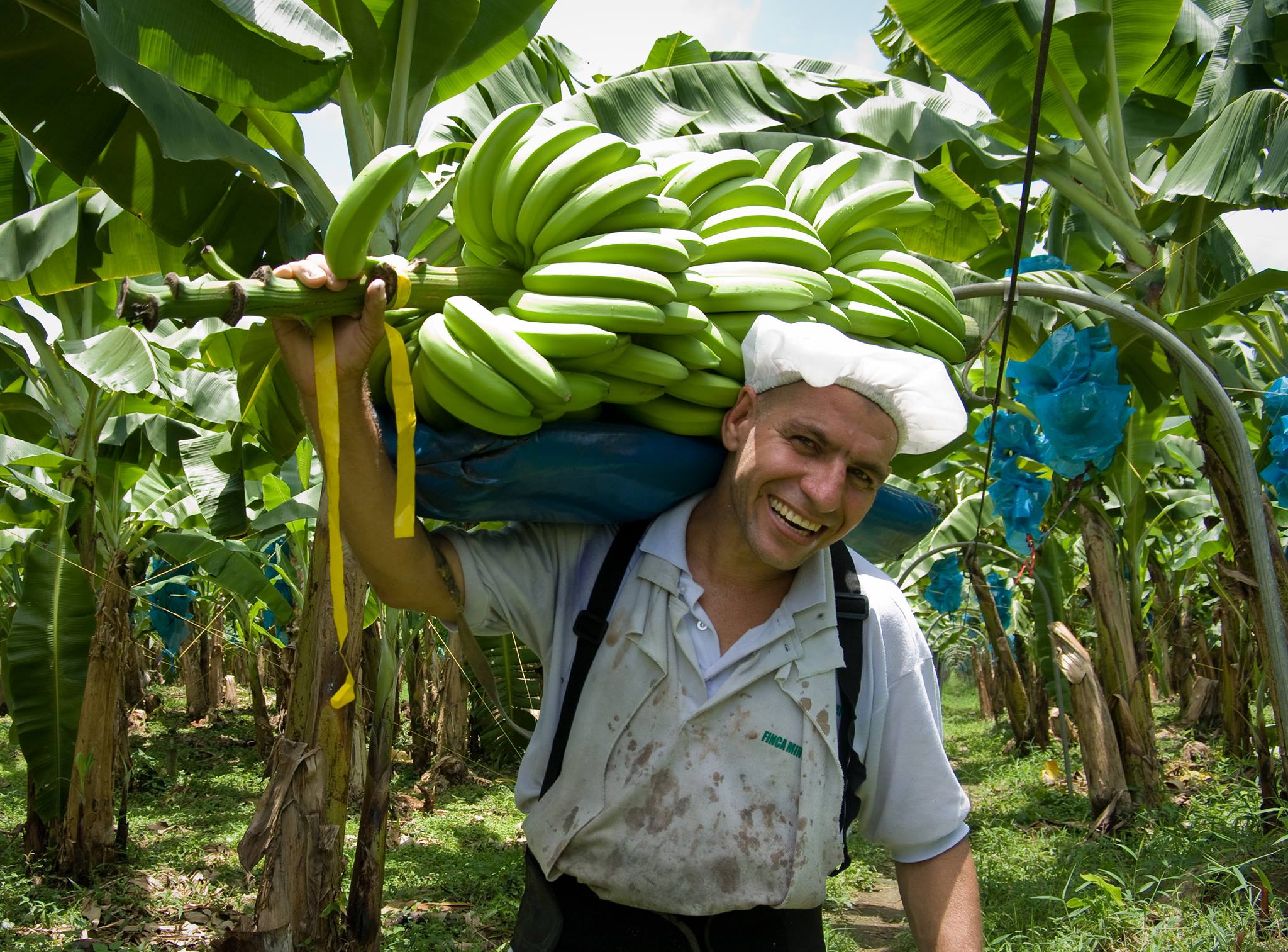 Fairtrade Belgium’s General Manager emphasises: “We don’t buy or sell anything ourselves”. “We help farmers to join the Fairtrade system and bring them in contact with the Belgian market. For instance, in 2003 we helped 290 small Peruvian banana producers to unite and join Fairtrade. Once they started producing under the Fairtrade label, we linked them with the Belgian market.” Likewise, Belgian businesses that look for a fair trade product can also rely on Fairtrade Belgium. “Recently, we had someone looking for South African fair trade wine. We help in this kind of search.”

Potential for growth in the South

Globally, Fairtrade – which in 2013 had its label on goods valued at some 5.5 billion euros – provides the most extensive ethical trade system. “The label is known in an increasing number of countries and is considered reliable and effective to achieve sustainable development. In other words, it makes a difference.” In 2012, half the ownership of Fairtrade International was transferred to farmers. “We used to be an organisation that was run from the North and made decisions for the South. Now we decide with the producers. This is a unique situation, especially among certifiers.”

Until recently, fair trade was trade between the North and the South. “The North–South axis has become less important,” says Deforce. “Now, India, South Africa and Kenya have Fairtrade organisations of their own, and you can buy Fairtrade-labelled products in these countries as well. Mexico and Brazil will follow suit soon. All economic parameters predict the South’s potential for growth, which is reflected in the expansion of big players such as Carrefour and Wallmart in these countries.”

Deforce is one hundred percent in favour of transposing the Fairtrade concept to the North, but Fairtrade Belgium is currently not actively involved in this. “You might find Fairtrade-labelled milk on the shelves in future, but as long as labelling is solely based on good prices for farmers, we will not get involved. For us, Fairtrade is not based on solely one, but on three pillars: economic, ecological and social aspects must be covered.”

Around the table with the big players 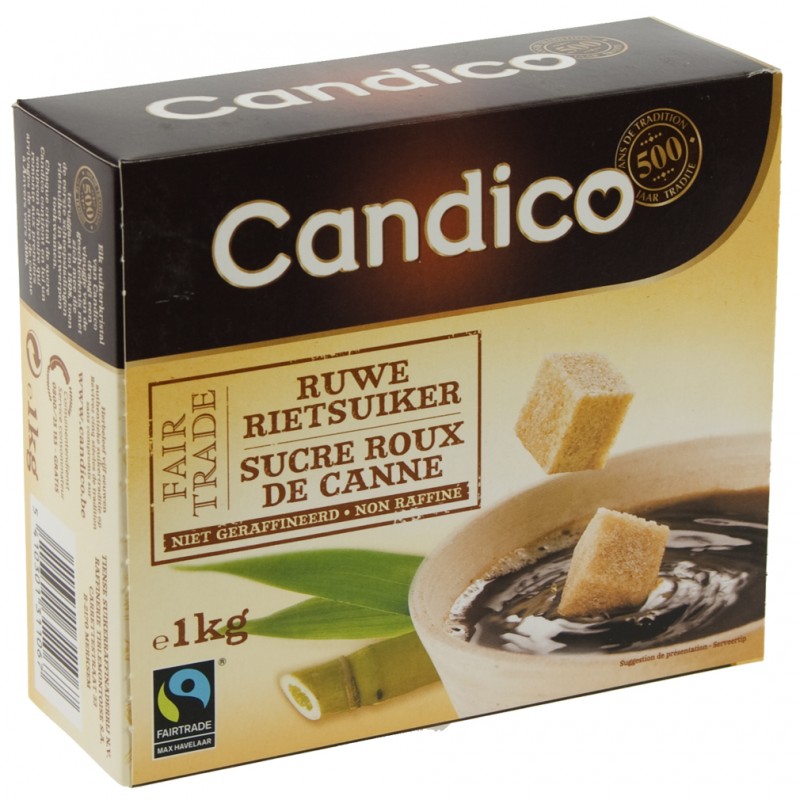 Fairtrade’s labelled global flow of goods increases every year, but still the demand for Fairtrade products is smaller than the supply. “For most products, and especially for cocoa and sugar, supply has exceeded demand for many years.” In the cocoa sector the number of Fairtrade-associated organisations grew immensely. Many cooperatives only succeed in selling a minor percentage of their crop at Fairtrade conditions. For the remainder they depend on the fluctuating market. In 2013 some hundred out of more than 1000 Fairtrade cocoa cooperatives quit. “This means we have a problem,” says Deforce.

Has the Fairtrade market reached its peak in the West? “Definitely not. The group of conscious consumers play a pioneering role. They are people who look for added value but this is only a small segment of the population. The only way to develop a sustainable market is by making choices on the supply side. We need to make strategic deals with the major brands.” Deforce gives the example of two major Swiss supermarket chains that sell a large range of fair trade products and where market shares of 20 or 30 to up to 50 percent are easily achieved.

“For a simple product such as bananas it is easy for a supermarket to switch to fair trade. However, for multi-ingredient products the story is far more complex. You cannot just change the recipe of a Mars candy bar. In the UK we succeeded in Fairtrade-labelling Cadbury’s popular Dairy Milk chocolate bar. Consumers buy it because they know the brand, not because it is Fairtrade. The impact of such a switch is enormous, but it was also very complex and took many years to achieve.” 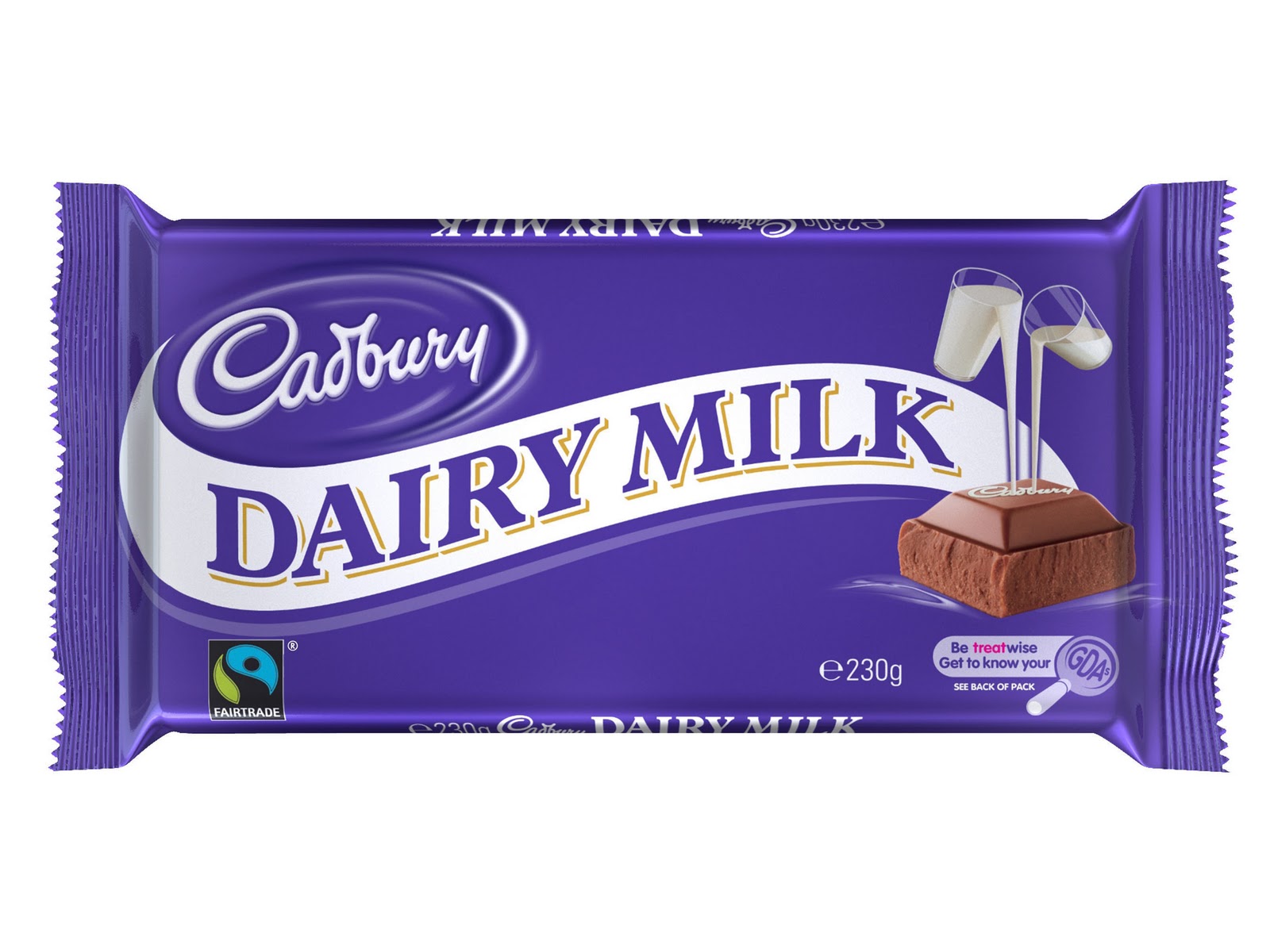 Every year, approximately 120,000 tonnes of Fairtrade cocoa is produced. “The market today only absorbs about one-third at Fairtrade conditions,” says Deforce. “We can do better than that. That is why we started the Fairtrade Sourcing Program for cocoa, sugar and cotton.” These programs target businesses with a sustainability procurement policy. “Ferrero, for instance, purchases 100,000 tons of cocoa every year. We signed a contract with them stipulating that in three years’ time 10 percent of their cocoa will be Fairtrade.” 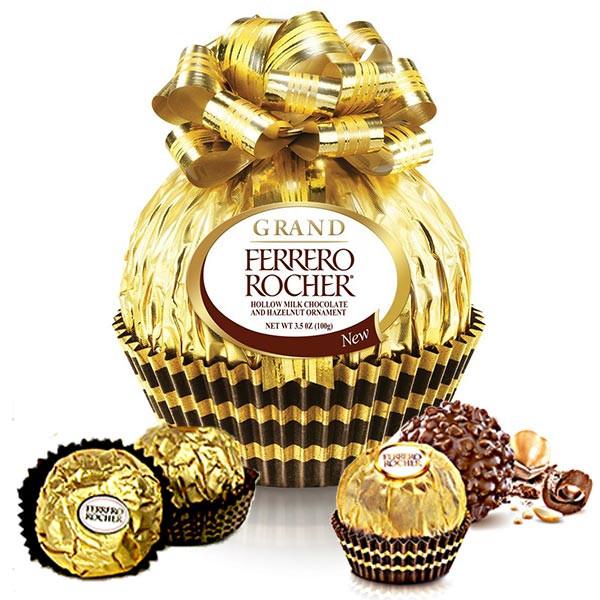 “Ferrero’s commitment is a corporate deal. We will only control whether they effectively purchased 10,000 tons of Fairtrade cocoa,” says Deforce. The Ferrero products will not be Fairtrade-labelled. We are developing a new label for the Fairtrade Sourcing Program, but it will only be used when cocoa, sugar or cotton are 100 percent Fairtrade.

Isn’t the Fairtrade Sourcing Program a means for major companies to improve their image? “Regardless of the reasons why companies start with sustainability, it is a step in the right direction. But we will never communicate about companies that purchase less than 10 percent Fairtrade. That would be greenwashing,” says Deforce. “And our standards remain unchanged. For the farmers the conditions do not change. Our first priority is that they are able to increase Fairtrade sales. For the farmers it is not important whether their cocoa ends up in an Oxfam product or in a Delhaize product.”